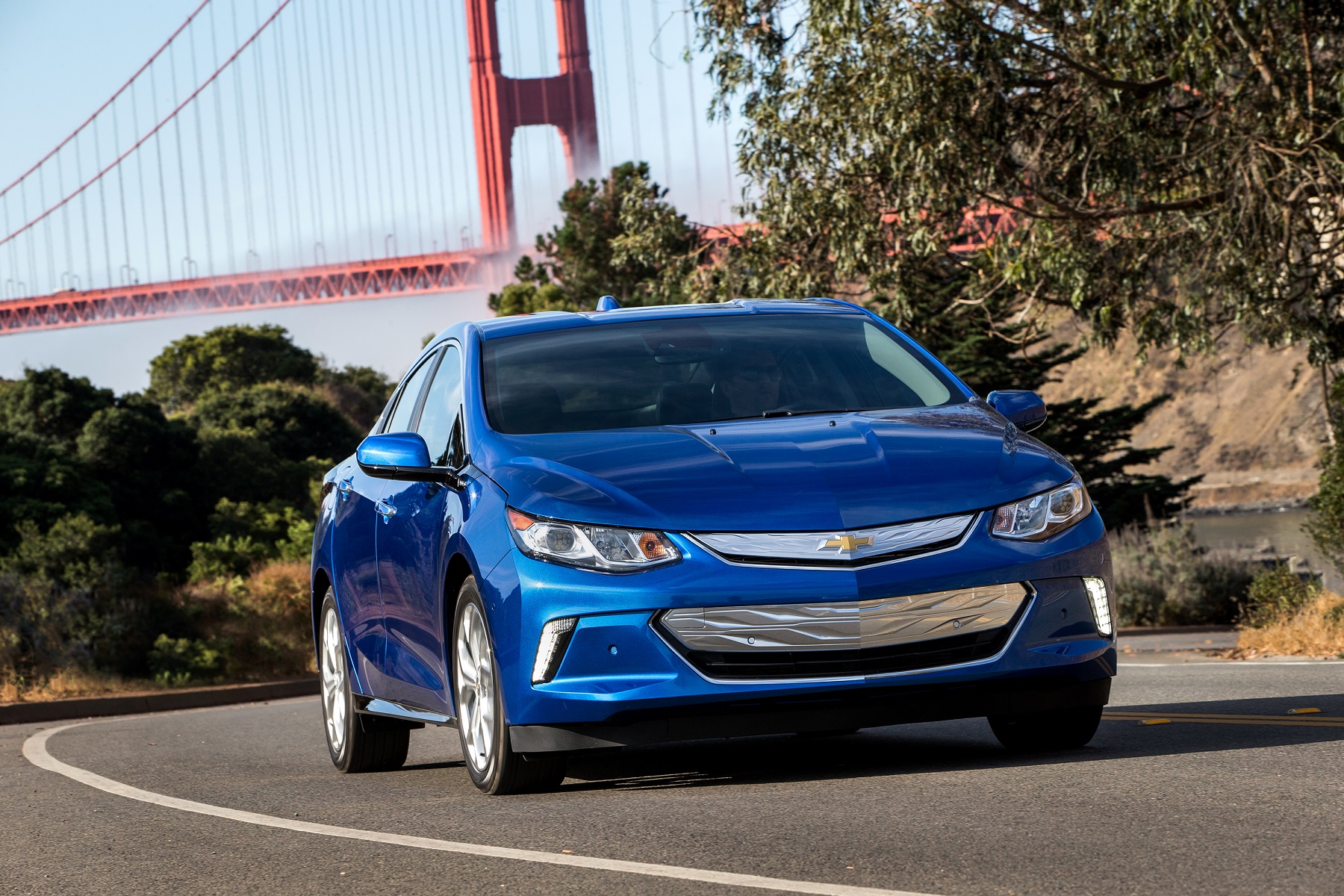 Top speed is electronically limited to 98 mph, it is capable of zipping from 0-60 mph in 8.4 seconds, and the Volt now accommodates five passengers, with available heated seats. Battery capacity has been increased to 18.4 kWh utilizing 192 cells (a reduction of 96 from the outgoing model) with a weight reduction of more than 20 pounds. The hatchback is available in two trim levels: the base 2LT and Premiere 2LZ.

Now weighing in at 3,543 pounds, its weight loss is due primarily to the reduced size and weight of the electric drive motor system. The Volt rolls on Michelin Energy Saver A/S 215/50 R17 all-season tires mounted on five-"Can-Opener"-bright-spoke alloy wheels with painted pockets. 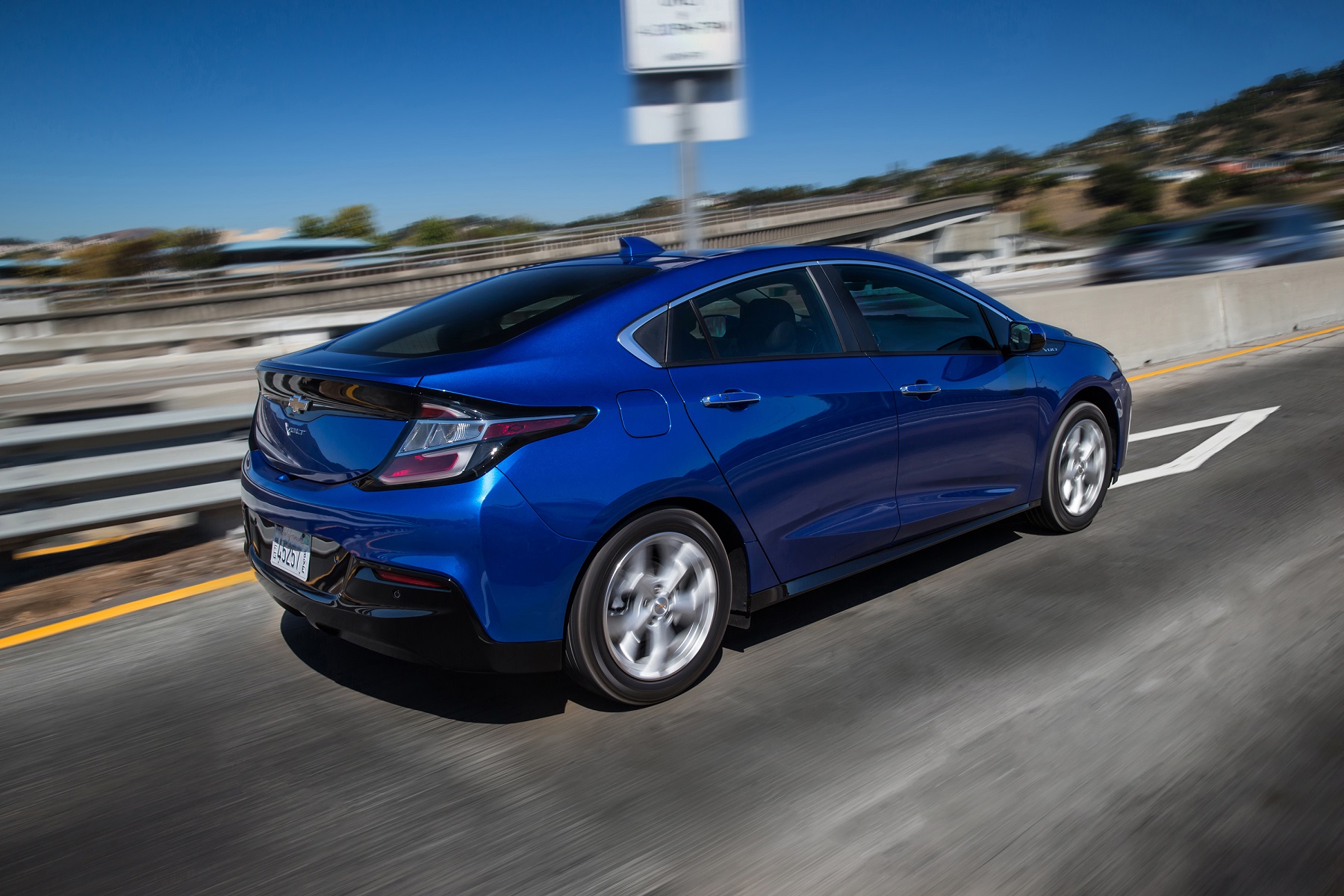 Inside, the Volt exudes a more inviting and upscale feel, with controls and switchgear positioned intuitively for operational simplicity, accented by blue ambient lighting. Volt retains its signature dual digital color displays with an 8-inch diagonal reconfigurable screen in the instrument cluster. An additional 8-inch diagonal touchscreen, located in the center of the instrument panel, controls the new Chevrolet MyLink system, which is compatible with Apple CarPlay. This connectivity system puts iPhone features (iPhone 5 and later) on the display, allowing drivers to make calls, send and receive messages, and enjoy music right from the touchscreen or by voice via Siri. Chevrolet's 4G LTE Wi-Fi is also available.

My test 2016 Volt was in 2LZ trim and wore an exterior finish of Bright Silver metallic, complemented by a two-tone Charcoal and Warm Brandy leather interior. The base price was set at $33,145, while the as-tested sticker totaled $33,995. This price does not factor in a federal tax credit of $7,500 or any other state, regional, or local tax credits that may be available.

I was a fan of the first-generation Chevrolet Volt when it bowed as a 2011 model. There was some initial controversy regarding its categorization; some referred to it as a hybrid, while some called it an electric vehicle. In reality, it was always a vehicle capable of operating on pure electricity, while offering added security and range from its supplemental gas engine. It still is, but with major improvements realized in the 2016 second-generation models.

While looks are also always a consideration in a vehicle's appeal, the real test of any vehicle, of course, is how it performs. This latest iteration Volt gets high marks on both counts. On a drive from beneath California's iconic Golden Gate bridge, up the coast to Point Reyes, over to Petaluma, and back to our Cavallo Point base, the car performed flawlessly, running exclusively in electric mode for the first 53 miles and then switching over seamlessly to the gas engine. 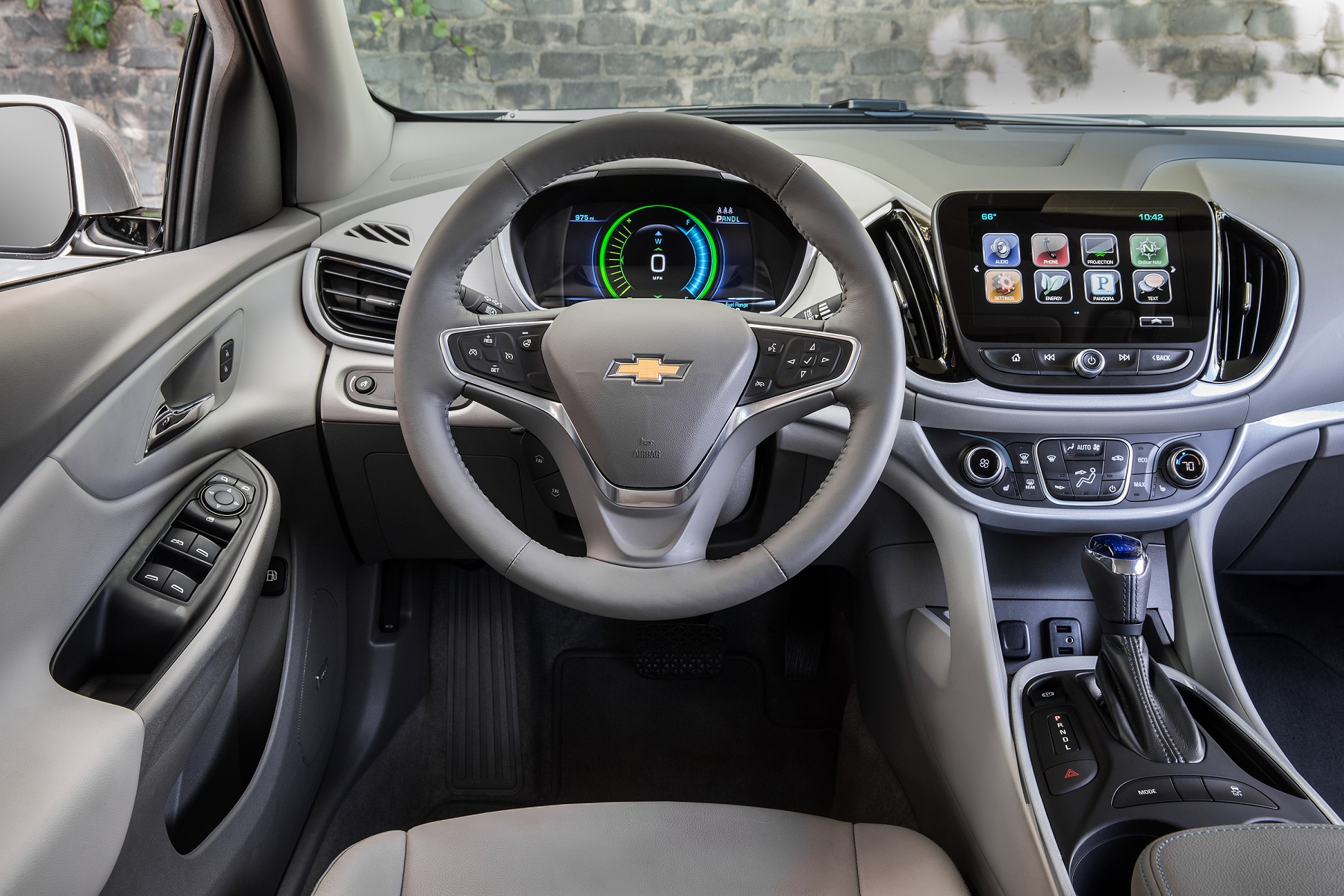 Acceleration is now quicker; handling is more agile and stable, with excellent steering feedback. The ride quality is also more comfortable with a vast improvement in the seating support. The Volt is quieter as well. And, although now billed as a five-passenger vehicle, the middle rear passenger is forced to straddle the "T"-shaped battery pack that runs aft through the middle of the car.

Charging options are now improved as well, with GPS location-based technology. The 120-volt portable charging cord is now longer, easier to use and store, and may be padlocked in while charging. Charge port illumination is available for easier nighttime charging. Charge time is 13 hours at 120V/12 amps or 4.5 hours on 240V.

The new, improved Volt is lovable even if you weren't a fan of the original, and it costs less now than before.