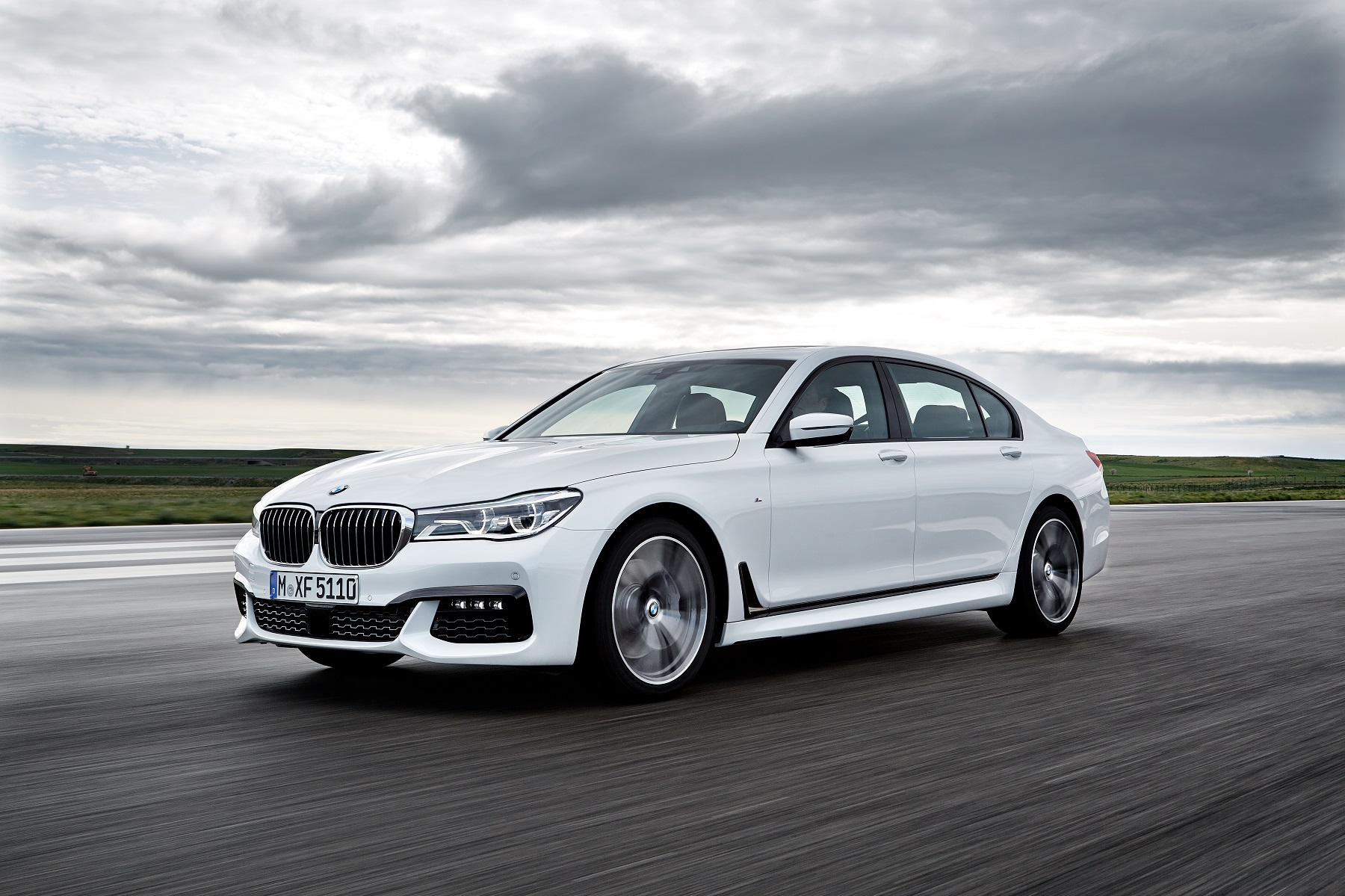 Manufacturer photo: While sheer size gives the BMW 7 Series the appearance of a straight-line power-hungry beast, radical engineering provides this luxury sedan with a level of overall performance that puts most coupes to shame

The new 7 Series is the roomiest sedan built to date by BMW, with class-leading rear-seat legroom. All are exclusively long-wheelbase models at 206.6 inches in length, which is 1 inch longer than their predecessors.

The upright stance of its front-end delivers a powerful athletic presence, and is the brand's first car to feature an active air stream kidney grille with visible chromed air flaps that open or close as needed to cool the engine and improve aerodynamics. The hood is sculpted to fit in perfectly with the form of the upper section of the kidney grille.

In profile, the prominence of outward-curving surfaces of the all-new BMW 7 Series displays a bold appearance. Door handles are incorporated into the character line, which now takes the form of a double swage line. For the first time, the wrap-around side window frame incorporates a single-piece element, incorporating BMW's iconic Hofmeister kink design feature. 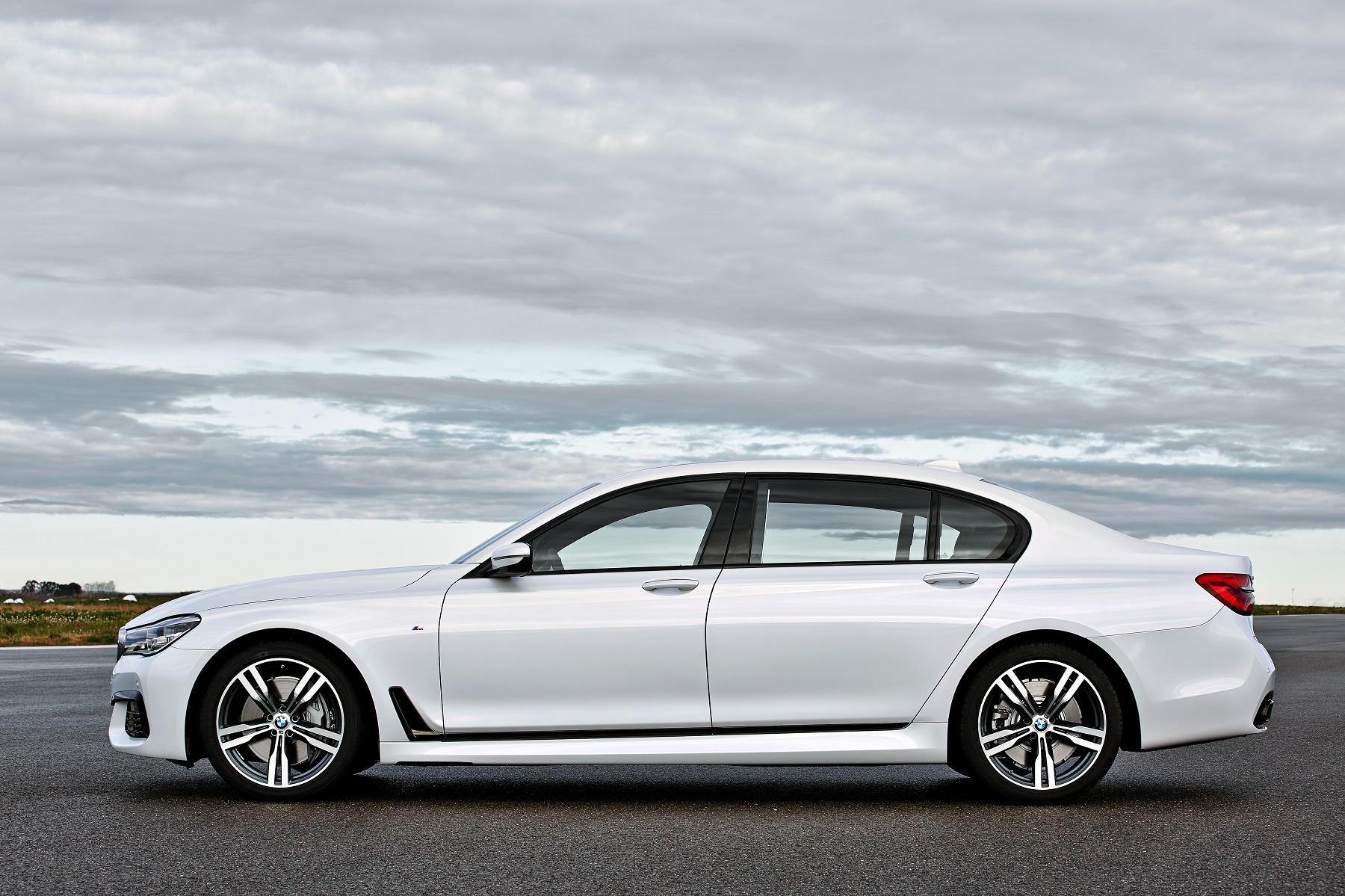 Inside, the balance of dynamics and comfort reflect the exterior design, delivering driving pleasure and a sense of well being. The rear seats showcase a modern and luxurious ambiance. From the steering wheel's slim paddle shifters and Driving Dynamics Control buttons of the instrument cluster and Control Display graphics, all the control and display elements share a new design, highlighting their innovative functionality.

I was able to experience drive time in a 2016 BMW 750i xDrive sedan with an Arctic Gray metallic exterior and Ivory White and Black Nappa Leather interior. The base sticker was set at $97,400, which escalated to $113,195 after factoring in the Autobahn Package, Driver Assistance Plus Package, Driver Assistance Plus II, Executive Package, and Luxury Seating Package with Cold Weather and destination and handling charge. 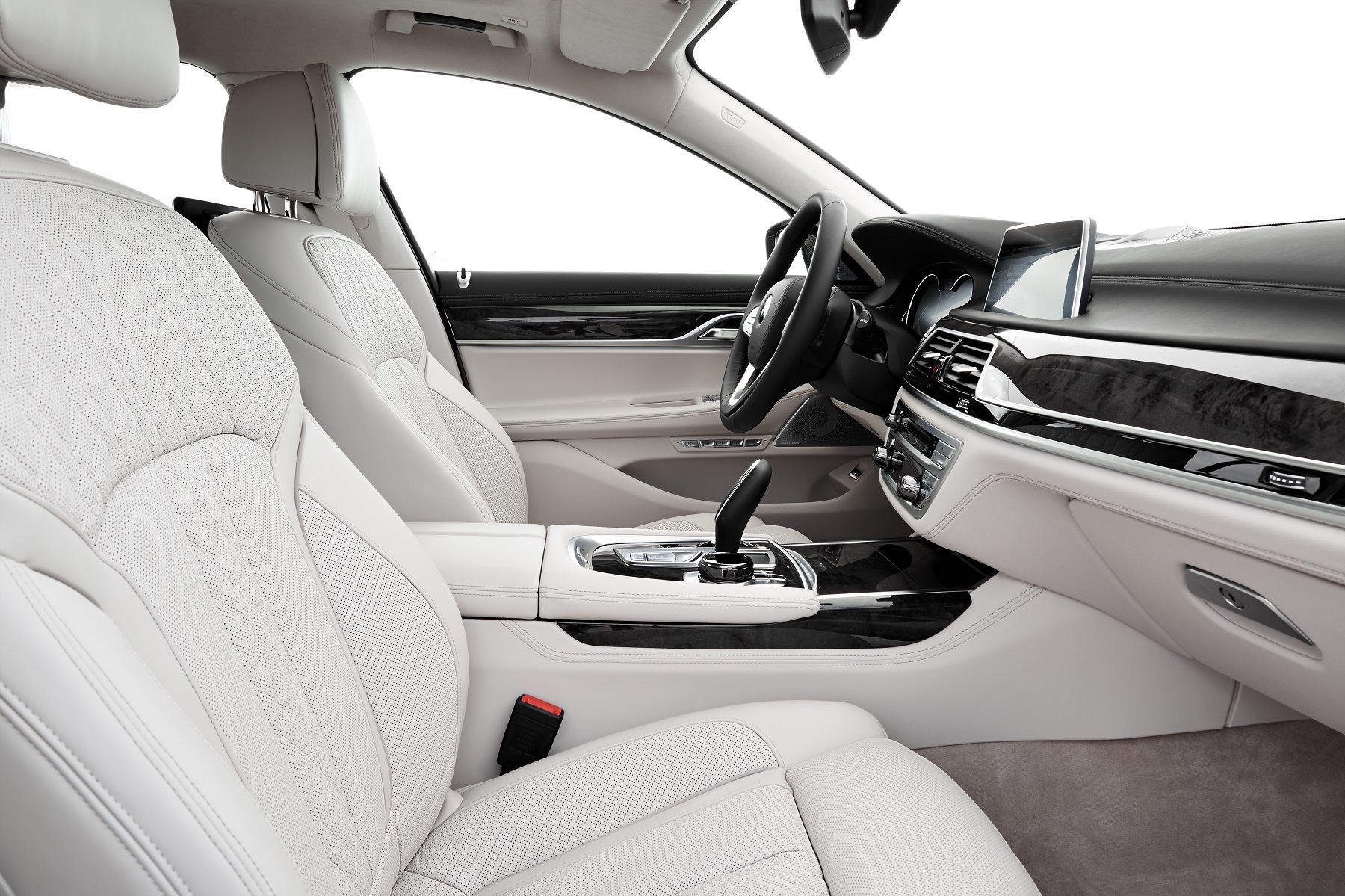 The 2016 BMW 750i xDrive luxury sedan is a stellar performer on the road or on the track, handling more like a sports car despite its more than 2-ton mass. My test vehicle featured the optional Autobahn Pack, which included electrically actuated active anti-roll bars and the Integral Active Steering rear-wheel steering system, as well as Active Comfort Drive with Road Preview.

All of the usual safety features that one expects in a car of this magnitude are included in the various packages equipping my tester and many more.

The car is roughly 300 pounds lighter than before. The steering response is not as crisp as smaller Bimmers, but is tactile enough for a controlled feel. The ride quality is smooth and comfortable and the big sedan stays well planted even during aggressive and spirited maneuvers. Acceleration comes rapidly when prodded with gusto and shift mapping may be dialed in to the driver's preference and existing conditions.

The styling is not highly emotional and may come across for some as being simply good looking, which it is indeed. Let's face it; it can't compete with the stunning BMW i8 in the visual appeal department.

Bottom line, the new BMW 750i xDrive is the best 7 Series yet. It does what it is supposed to do and does everything very well. It is truly deserving of the company's "Ultimate Driving Machine" mantra. 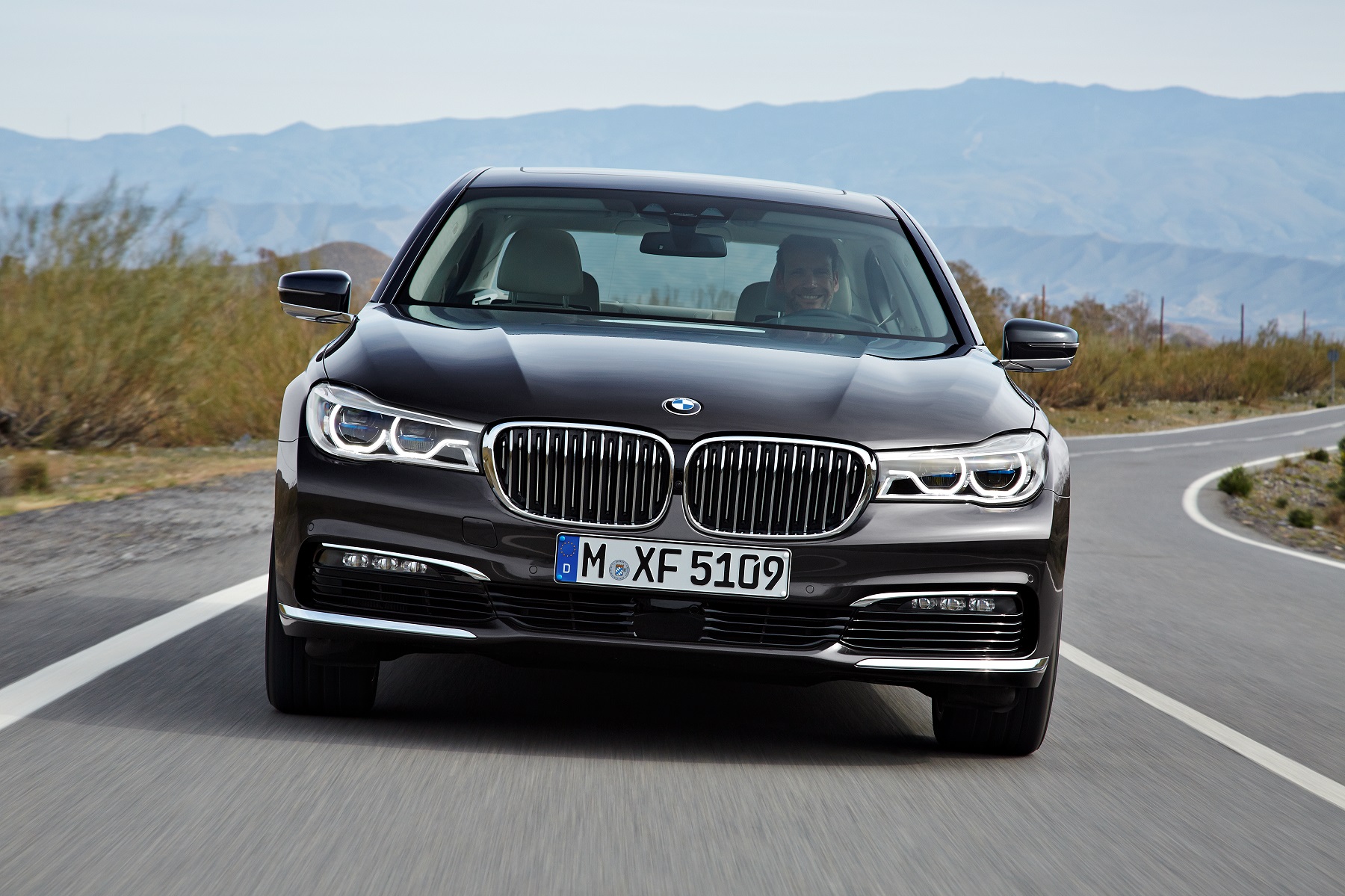