Updated for a mid-cycle refresh, the 2016 Chevrolet Impala is once again, without a doubt, the best-looking sedan in Chevrolet's stable. Not only that, but it's also safer, quieter, more efficient, and more practical than any of its forbears. 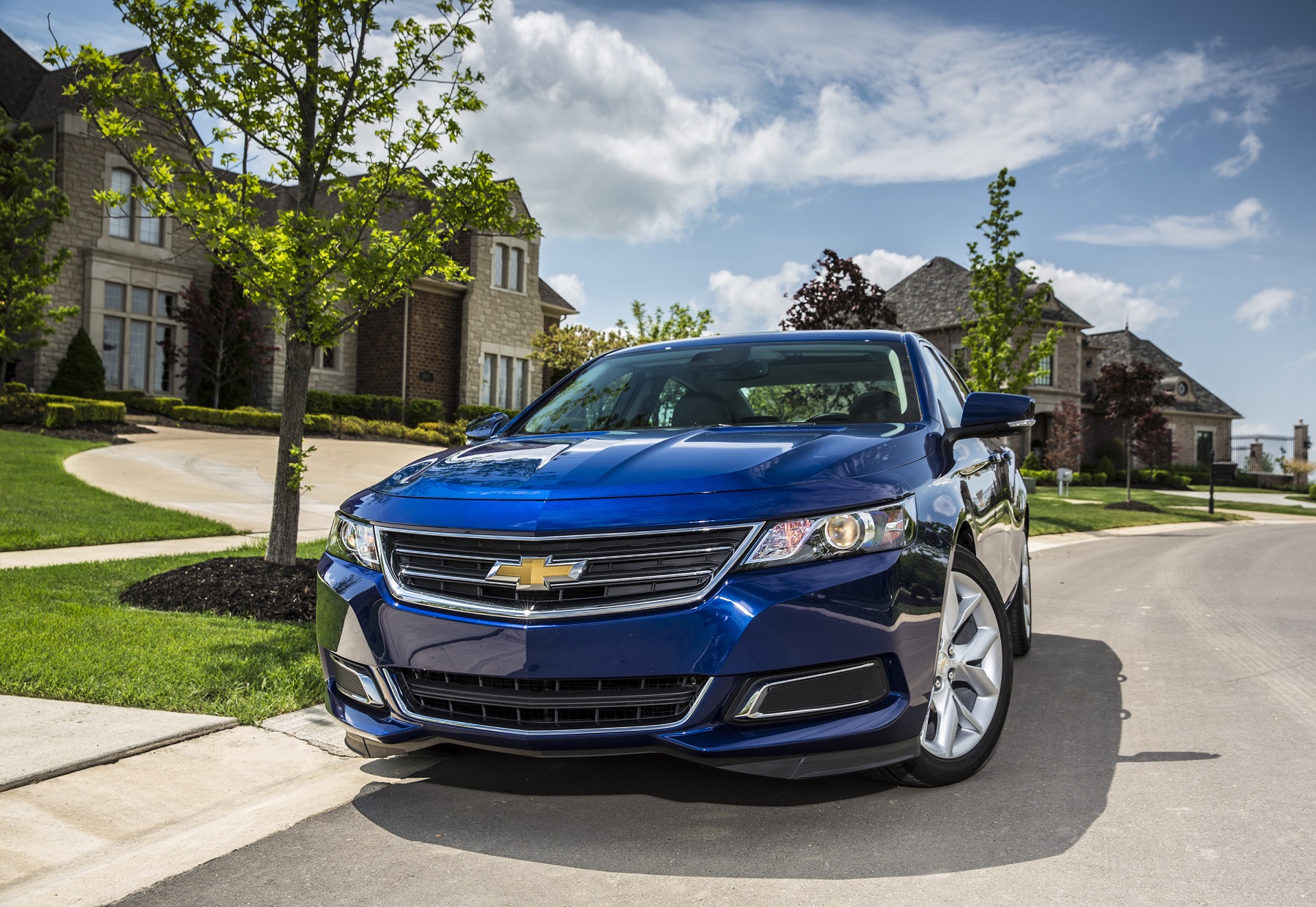 Manufacturer photo: For 2016, the Chevrolet Impala is offered in LS, LT and LTZ models, with a standard 2.5L engine paired with fuel-saving stop/start technology and an available 3.6L V-6 engine

From nose to tail, the Impala exudes sleek styling with a drag coefficient of 0.296 and thought-provoking, complex character lines that work together harmoniously in a larger package. The attractive four-door sedan displays a coupe-like appearance with its curvaceous roofline and blacked-out "B" and "C" pillars encased by bright trim.

The stance of the 2016 Chevrolet Impala is sporty and aggressive. Up front, the upper and lower grilles are fitted into a sculpted surround, with creases that accentuate the headlamps. A tasteful splitter -- or front spoiler -- is integrated into the front fascia. The chiseled hood flows into a gracefully and sharply angled windshield. Fenders are pronounced and visually joined by both an upper shoulder line and lower rocker sculpting. The backlight is sharply angled, and the decklid includes creases that reflect and complement the theme of the hood. Lower door sections are pinched in, and a graceful character line flows from the rear doors to the taillamps, which are connected by a bright strip.

The Impala's power is supplied by three engine choices: First is a 2.5-liter, 196-horsepower four-cylinder Ecotec engine, followed by two variants of a 3.6-liter V-6, one with direct injection that generates 305 horsepower at 6,800 rpm, while developing 264 lb.-ft. of torque at 5,300 rpm, and the other with multiport fuel injection that delivers 260 horsepower on gasoline and 230 horses on CNG. All the engines deliver their driving force to the front wheels via either a Hydra-Matic 6T40 electronically controlled six-speed transmission (on the 2.5-liter), or a Hydra-Matic 6T70 six-speed automatic (on the 3.6L).

The Chevrolet Impala is based on the same platform as the Cadillac XTS and is available in three progressively appointed trim level groups: a well-equipped base LS group that comes in 1LS, 1FL, and CNG 2FL; a more upscale LT group, which is estimated to account for roughly 55 percent of total sales, in 1LT, 2LT and CNG 3LT trims; and finally, the flagship LTZ model in 2LZ trim, which definitely moves the new Impala into the entry-luxury sedan category. 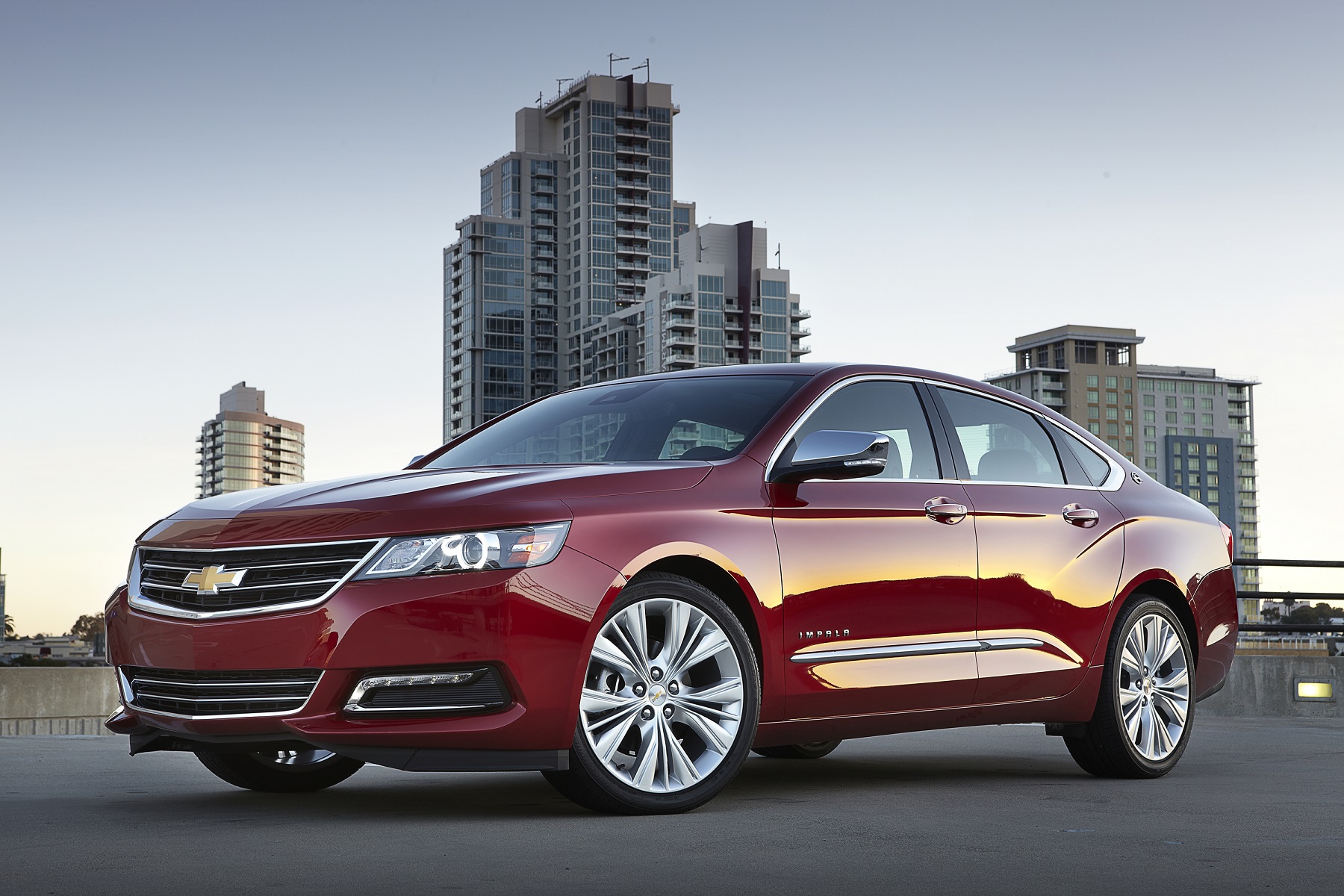 The interior of the full-size, five-passenger Impala is sumptuous -- a cut that's well above what Chevrolet has served up in recent years -- with nice touches like elegant double stitching and a programmable security compartment behind the new Chevrolet MyLink telematics and information screen, similar to that found in the Cadillac XTS. The MyLink system features Natural Voice Recognition, 3D mapping, a valet mode, 60 favorites (radio, contacts, POIs, songs, artists, and genres), gesture recognition (swipe, flick, click and drag), Bluetooth connectivity for up to 10 devices, HD radio, Pandora, and Sirius XM, movie viewing from a USB device when in park, storage for up to a thousand contacts, and four different customizable skins. MyLink won the 2013 CE Award for the best in-car technology. New for 2016 is Apple CarPlay capability, wireless charging capability, available leather replacement for optional sueded cloth interiors on LT models, five new exterior colors, and a special Midnight Edition Impala LTZ model.

My test 2016 Chevrolet Impala came in 2LT trim with a base price of $30,435. It sported a Heather Gray metallic exterior finish with a Jet Black interior.

The 2016 Chevrolet Impala with the direct-injection V-6 engine delivers more horsepower and torque than many of its class competitors, while yielding EPA fuel economy estimates of 19 mpg city, 29 mpg highway.

Power delivery is smooth, gear changes are equally fluid, and the ride quality is both sleek and comfortable. In essence, this latest Impala is one elegant automobile whose looks and amenities rank right up there with a lot of the more expensive luxury sedans.

I really only found one slight negative issue: the switch atop the gearshift selector for manual gear changes would be more readily accessible if the stalk were positioned farther forward. Other than that, the Impala continues to be back where it belongs: at the top of the Chevrolet model line with virtually everything going for it. For traditionalists, a rear-wheel-drive Chevy SS with rumbling V-8 power is available for those who won't settle for anything less. 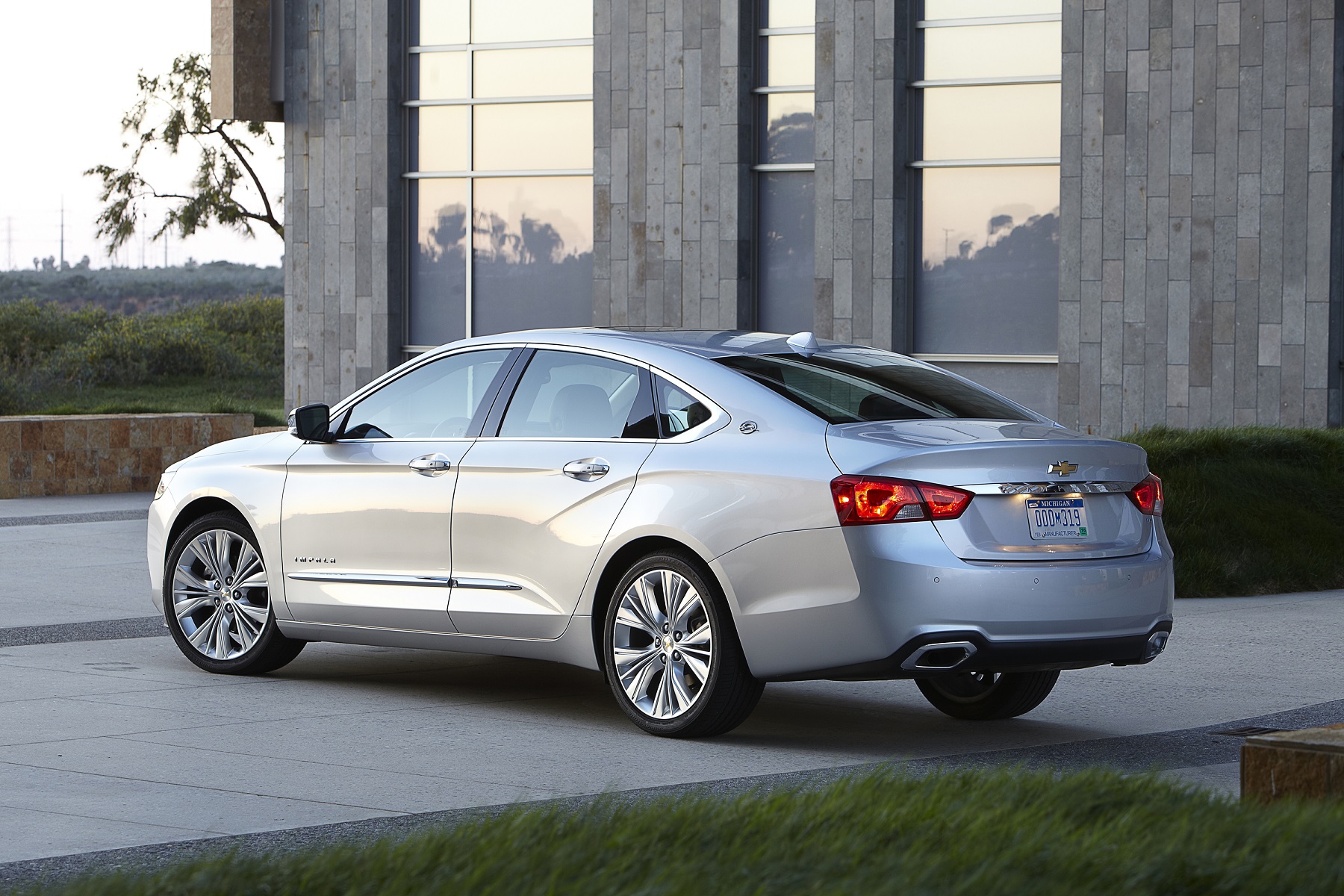 No question about it, the Impala is back, and once again, still deservedly ranks as Chevrolet's flagship sedan.