For Buick fans who don't need an SUV as large as the Enclave, the five-passenger Encore crossover is a right-sized vehicle. The 2017 Buick Encore initially appears as a mini Enclave anyway -- an intentional styling move according to members of the Buick design and marketing teams. 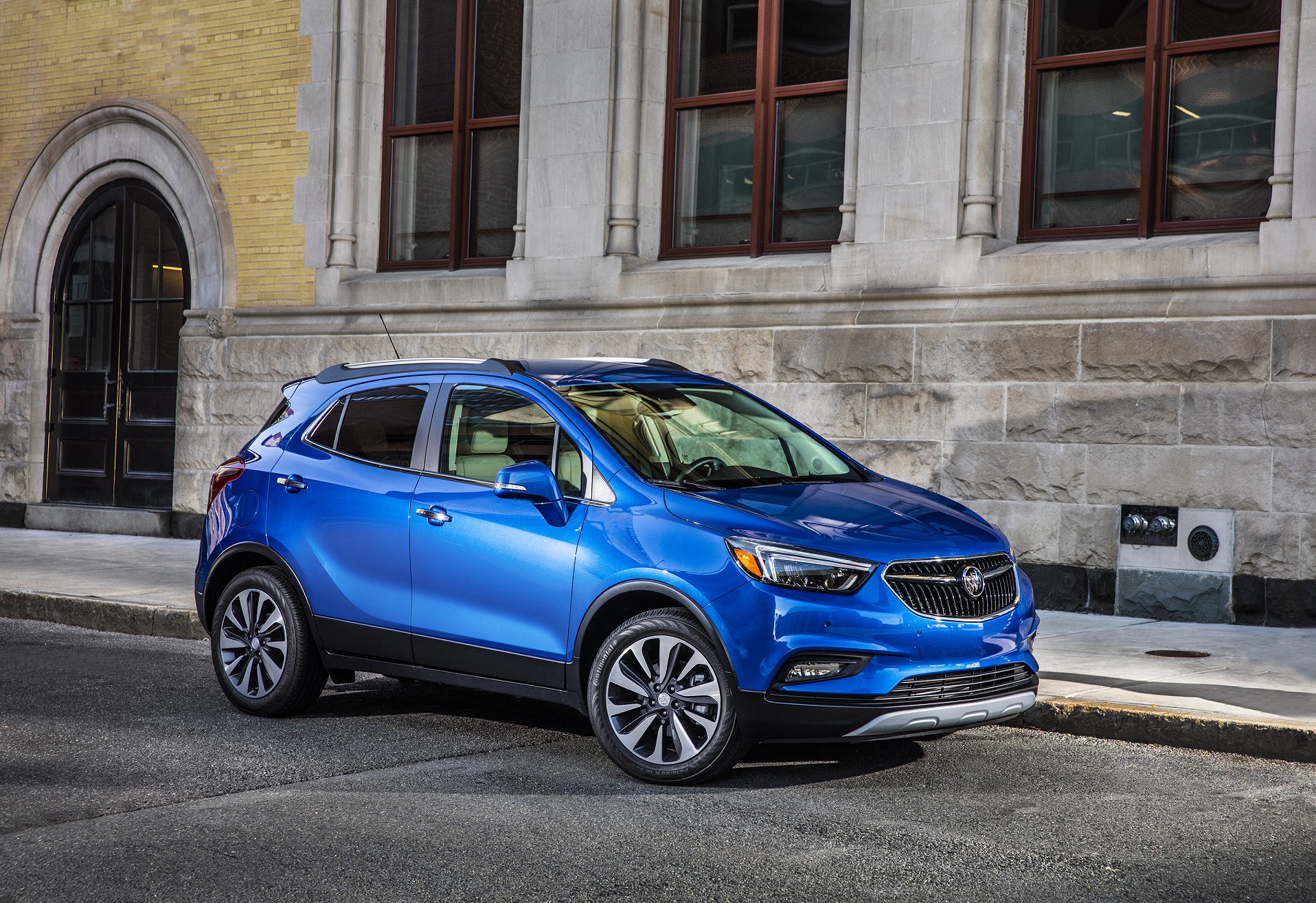 Buick's goal and focus with the Encore is to appeal to fuel-economy-conscious consumers who also desire a more compact packaging without sacrificing luxury, functionality, or versatility. The 2017 Buick Encore is available in five levels of trim including the base Encore, Encore Convenience, Encore Leather, Encore Premium, and Encore Sport Touring.

All Encores are available in either a front-wheel drive configuration or an optional Active On-Demand all-wheel-drive configuration. My Encore Premium tester was powered by the fuel-efficient 1.4-liter, 16-valve Ecotec turbocharged, four-cylinder engine. This engine produces 138 horsepower at 4,900 rpm along with 148 lb.-ft. of torque at 1,850 rpm. Power is transferred to the driving wheels via a Hydra-Matic 6T40 electronically controlled six-speed automatic with overdrive.

Encore is a fuel-efficient crossover with an EPA-estimated 25 mpg city and 33 mpg highway for front-drive models. All-wheel drive models are rated at 23 mpg city and 30 mpg highway. A 2017 Encore Sport Touring model features a 1.4-liter turbo engine that generates more horsepower and torque than the standard engine.

My test 2017 Buick Encore AWD Premium trim sported a White Frost Tricoat exterior with a Brandy and Ebony toned interior. The base sticker was set at $30,465, while options elevated the final total to $34,675. 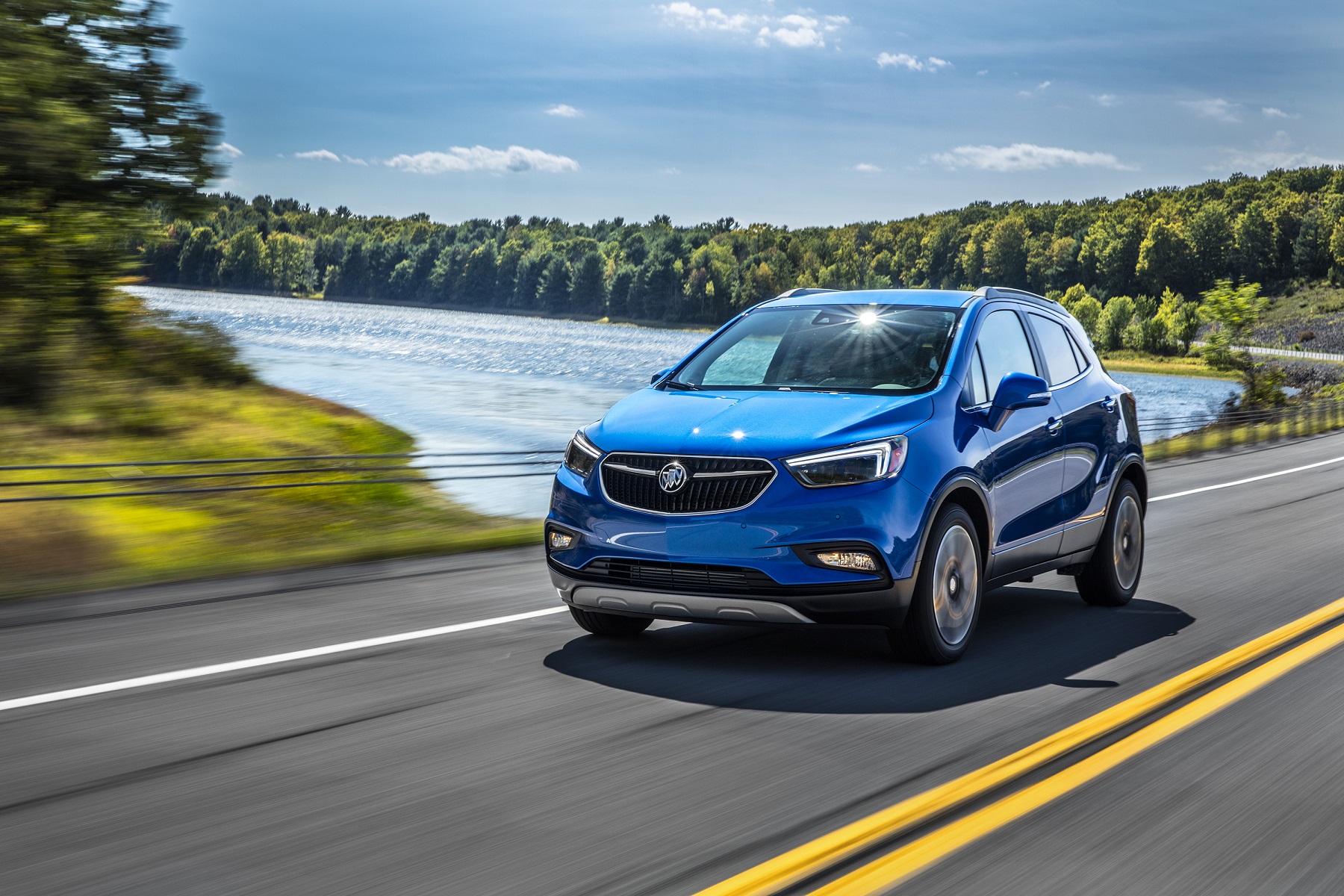 The Encore is unquestionably just the right size -- perhaps the perfect size -- for many consumers, with all the right features at an almost unbelievable price point considering the high level of desirable feature content.

Some fellow auto journalists felt that the 1.4-liter turbocharged was lacking in power. Admittedly, 138 horses and 148 lb.-ft. of torque are not staggering, but I found the performance to be quite adequate for its intended audience and purpose. The transmission shifts smoothly even in manual mode, but I would have preferred paddle shifters to the thumb switch.

Many question why the Bose noise-canceling sub-woofer (mounted inside the spare tire) must be removed to access the spare. An issue in earlier model Encores was the lack of sliding visor extenders, which has since been resolved. The addition of a secondary, fold-down visor would prove to be a safety benefit as well -- not just in the new Encore, but also in all vehicles. 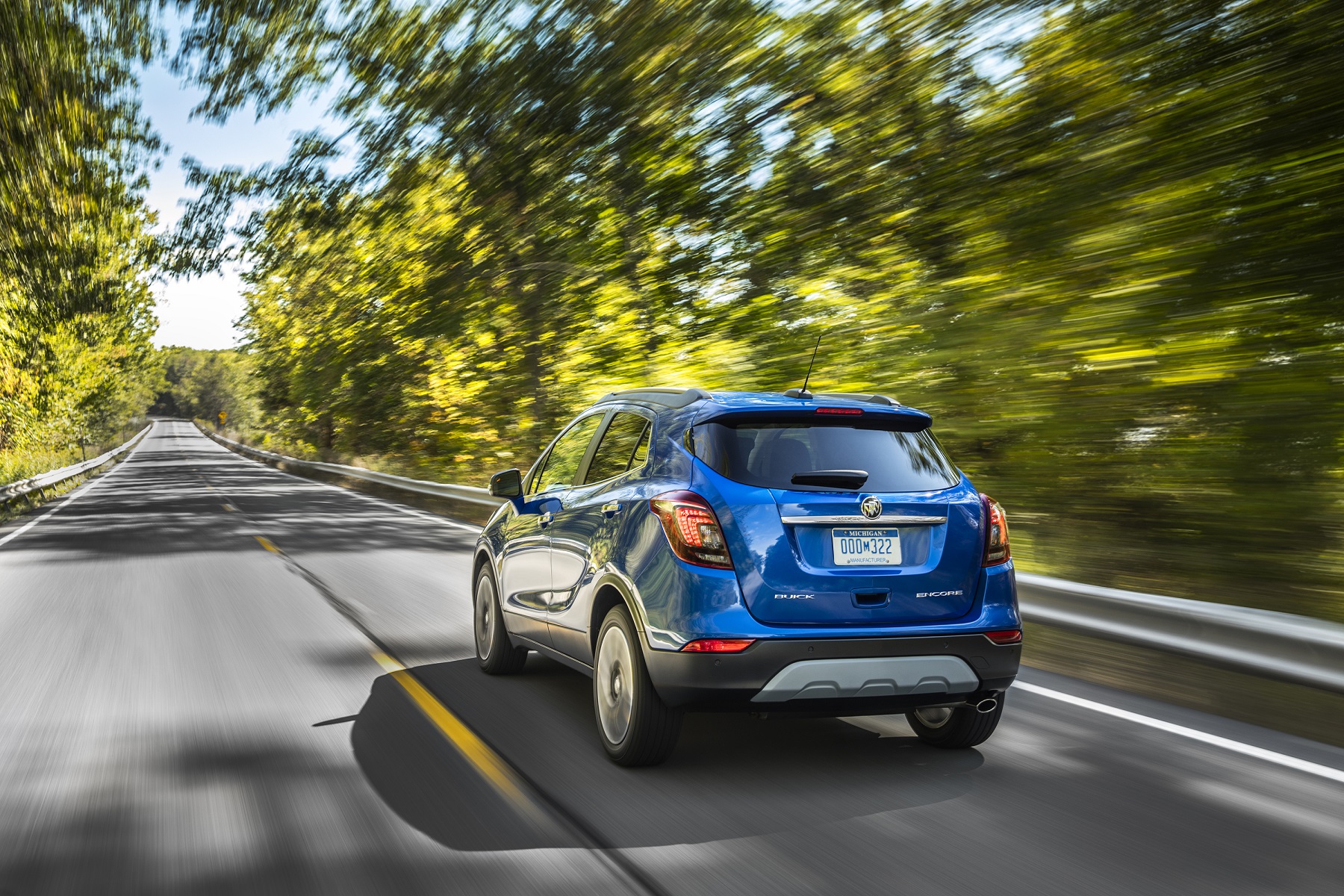 Moving to the inside, the Encore's distinctive styling cues carry over to a flowing instrument panel that wraps gracefully into the door panels. A prominent central instrument panel houses a voice-activated infotainment system featuring a 7-inch, high-resolution, full-color display for the standard IntelliLink system. It also features displays for the SiriusXM satellite radio and standard rearview camera, along with an available GPS-enabled navigation system and two glove boxes.

Interior upholstery and color combinations include a variety of choices. The cabin is distinguished by all-Ebony trim or a contemporary blend of dark and light tones accented with ice-blue ambient lighting, and a select use of bright chrome and faux woodgrain trim accents. The premium seats are constructed of high-density foam for enhanced comfort. They come trimmed in either a contemporary cloth/leatherette or in available premium leather.