In automobiles and basketball, anticipation and making the right moves assure success and continuity, which is what happened with the 2017 Buick Encore, a right-sized crossover sport utility vehicle for today's market game. 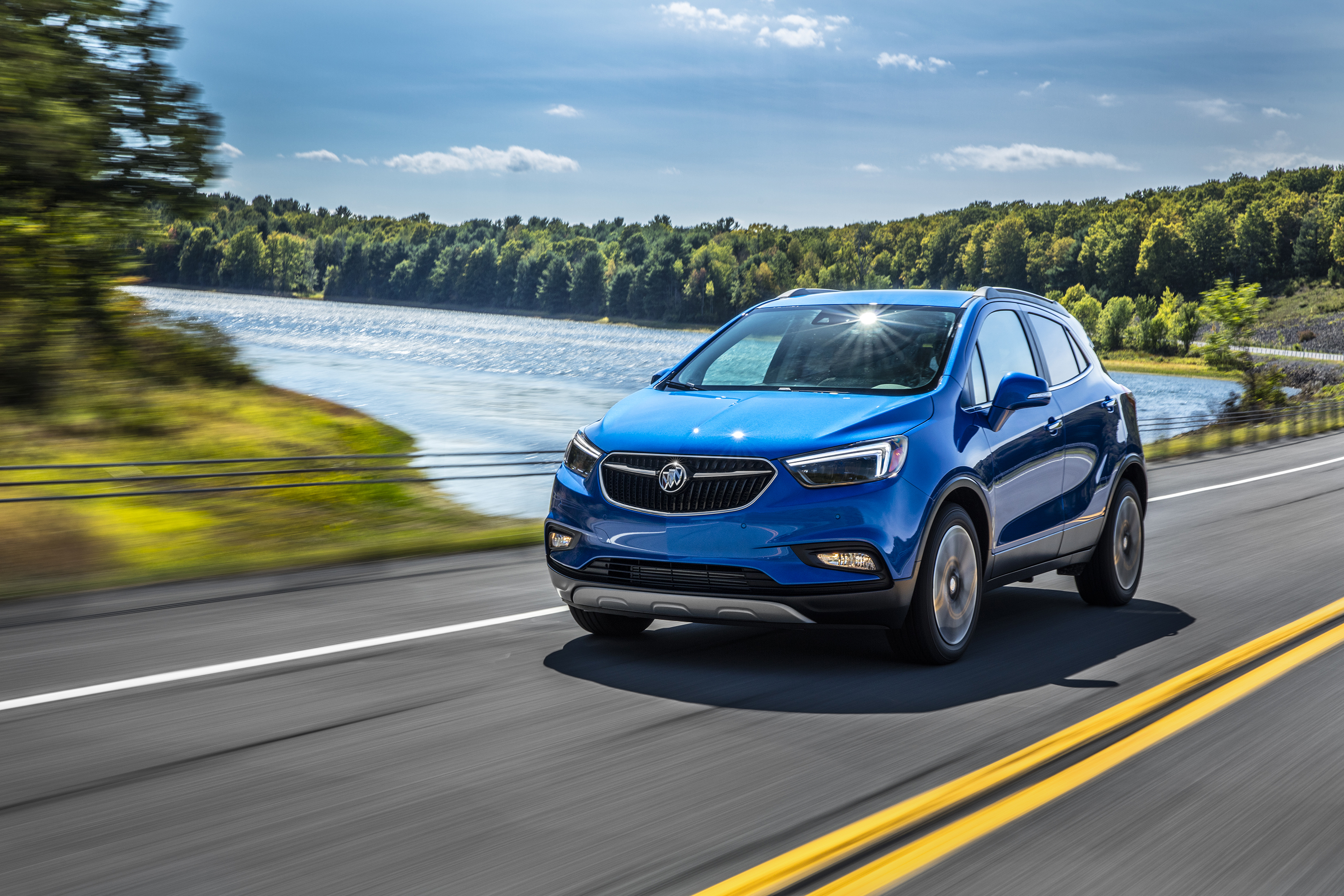 Manufacturer photo: A new front-end appearance and a new premium interior highlight the visual refinements on the 2017 Buick Encore, while Apple CarPlay and Android Auto are supported by a next-generation IntelliLink system

When it was introduced four years ago, it was an oddity -- a small crossover utility vehicle that was essentially a tall four-door hatchback with optional all-wheel drive. About the same size as the Nissan Versa four-door hatchback, it was bigger than most other hatchbacks but smaller than the compact crossovers like the Honda CR-V, Toyota RAV4, and Ford Escape that were just starting to become so popular.

Now the Encore no longer is alone. It is one of a proliferating fleet of small and compact crossovers attracting buyers who previously were wedded to compact and midsize sedans.

It parks in the small-car lot with newcomers like the Mazda CX-3, Chevrolet Trax, Honda HR-V, and the 2017 Kia Niro. But like other Buicks, the Encore elicits a luxury-car persona, which delivers a suite of desirable features, but also makes it more expensive.

For 2017, it has been freshened with new exterior styling that includes headlights with LED accents, a new hood and front fenders, as well as a rear spoiler and 18-inch alloy wheels on some trim levels. The new interior features a redesigned instrument panel and new gauges. 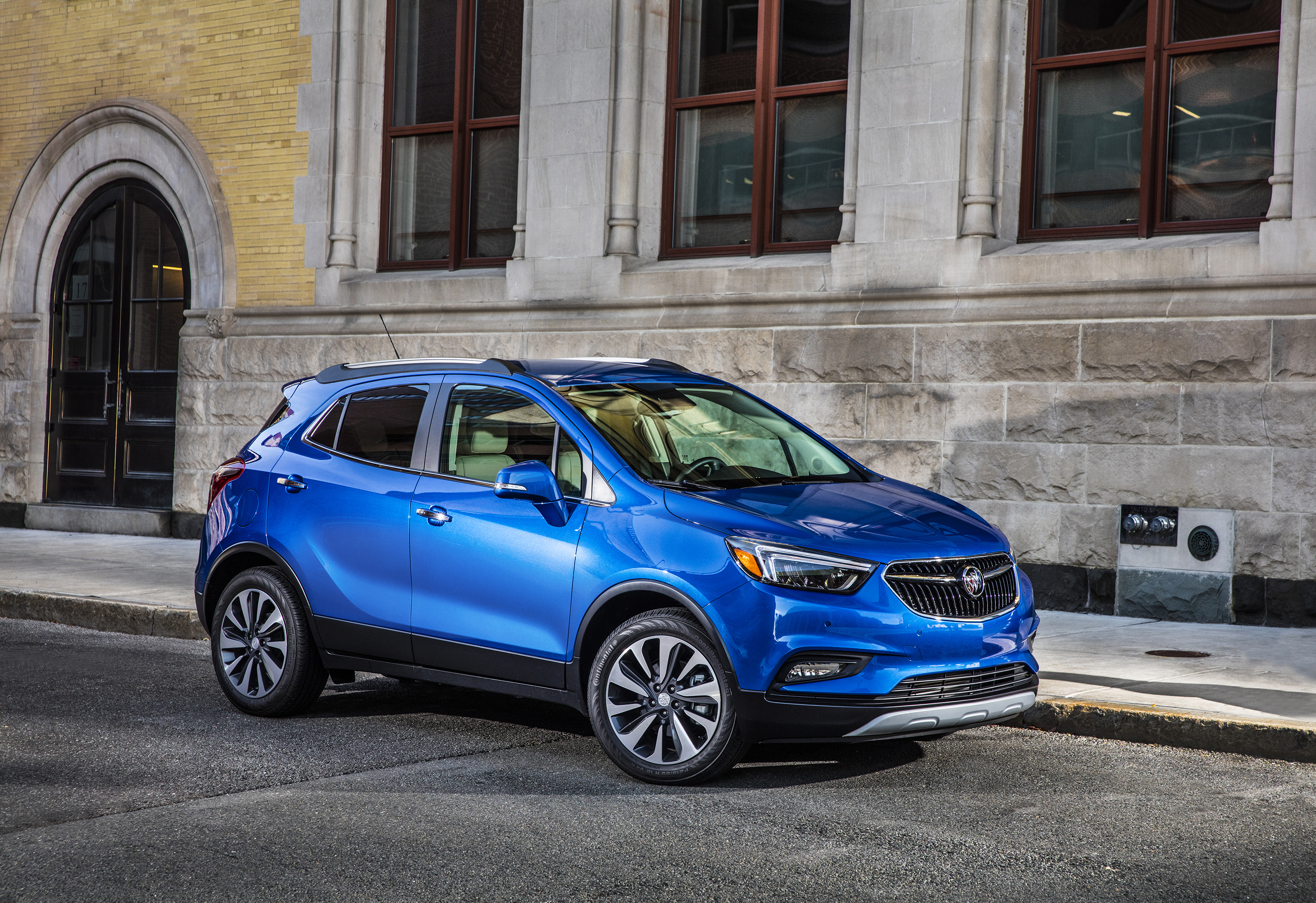 It is possible to buy a base front-drive Encore for $23,915 but most customers opt for versions with more power and features. The base model comes with the original 138-horsepower, 1.4-liter turbocharged four-cylinder engine. Optional is a new four-banger of the same size that delivers a zesty 153 horsepower and 177 lb.-ft. of torque. It's an $895 upgrade, even on the tested top-line Premium model driven for this review. It's well worth the price for its prompt surge off the line and strong passing power. Zero-to-60 mph acceleration has been timed at less than 8 seconds, but feels quicker. EPA city/highway/combined fuel consumption is rated at a respectable 26/31/28 miles to the gallon on regular gasoline.

The base setup is front-wheel drive, but the test car had the optional all-wheel drive, which seamlessly transfers power to the wheels with the best traction. It not only enhances capability on slippery roads but also improves handling around curves.

Obviously, the Encore does not perform like a sports sedan, but the steering enables secure handling and composed straight-line cruising. The tidy dimensions contribute to a nimble feel.

From the beginning, the Encore has earned its luxury chops with a comfortable ride and plenty of sound-deadening material for a serene cabin with minimal intrusion of mechanical, road, and wind noise. The Premium version also displays high-quality interior materials and extensive amenities.

Comfort is first rate with supportive seats and airy head and elbow room up front. The outboard back seats, though not quite as accommodating as those up front, would not be punishing on a long trip. The center-rear seat, however, is cramped and uncomfortable, and should be reserved for large purses or small backpacks. 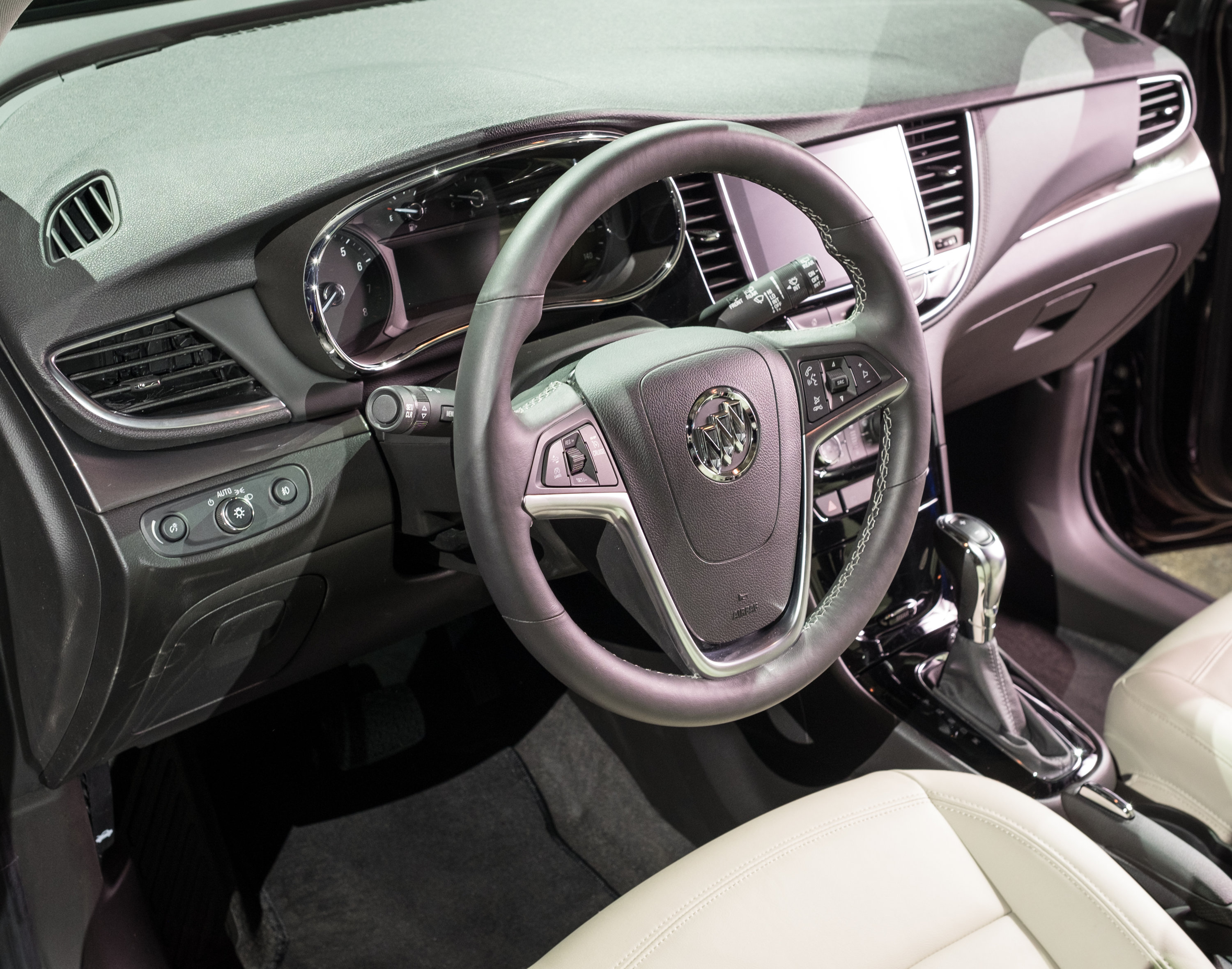 The cargo area out back looks small but can accommodate 19 cubic feet of cargo. Rear seatbacks fold nearly flat for an extra 29 cubic feet but it requires flipping the seat bottoms forward, which truncates fore-and-aft space for the driver and front passenger.

Built in South Korea, the Encore resembles the appearance and feel of the better models from Hyundai and Kia, which are establishing new benchmarks for workmanship and reliability.