2018 Acura TLX: Back to Performance 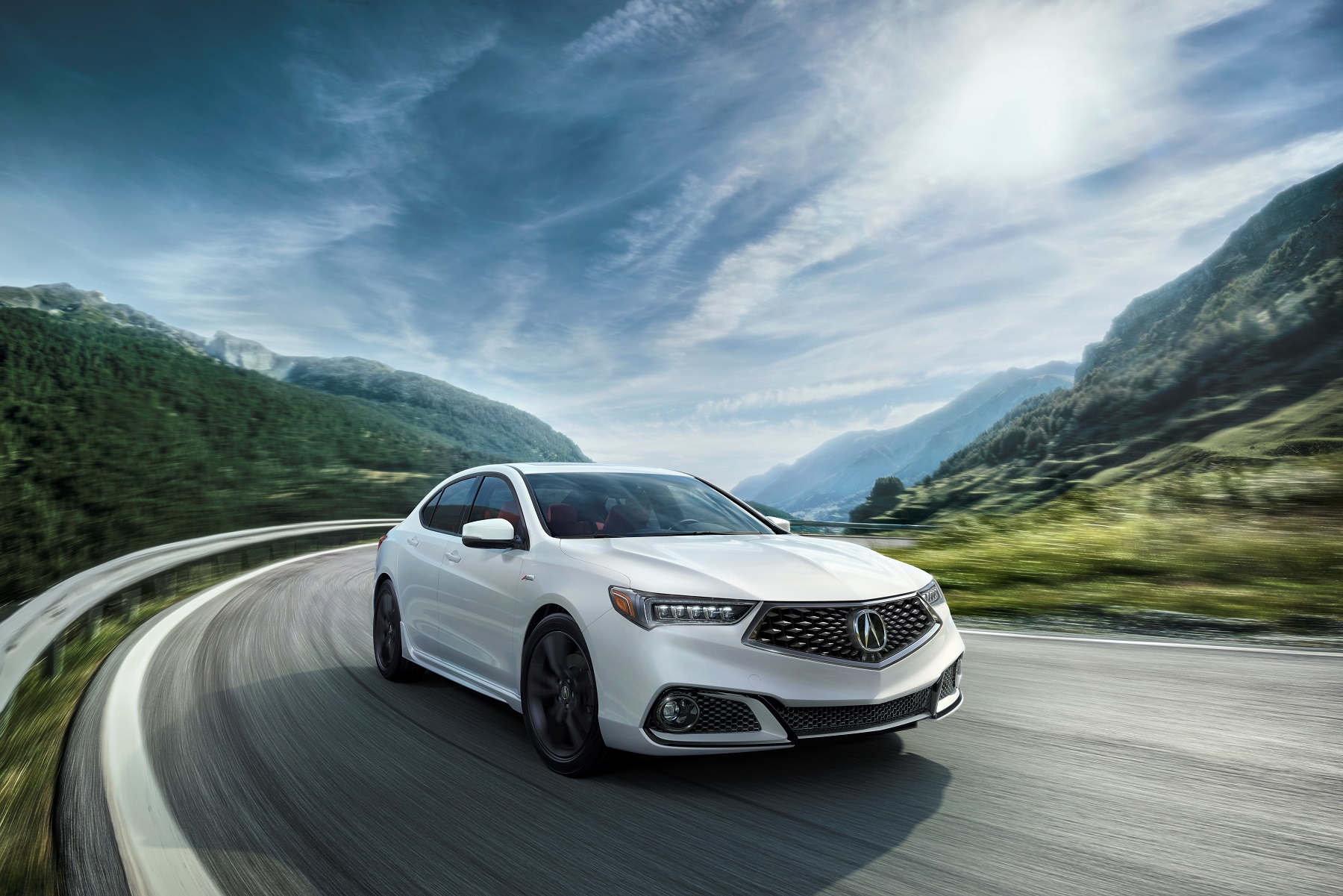 Thankfully, the entire front end of the TLX is new. All remaining features of the old Acura grille are gone, replaced by a dynamite new diamond pentagon grille that creates a strong, athletic look. Get close enough and you'll notice a really cool spider web pattern.

The new look is all part of Acura's goal of returning to its precision performance roots, Acura officials told journalists gathered in Kentucky for the launch of the new TLX, Acura's top-selling car and one of the company's most important vehicles.

Those Acura designers were under the gun to come up with the new face of Acura, but take a breath and relax. This new look -- based on the 2015 Precision concept -- is fantastic. 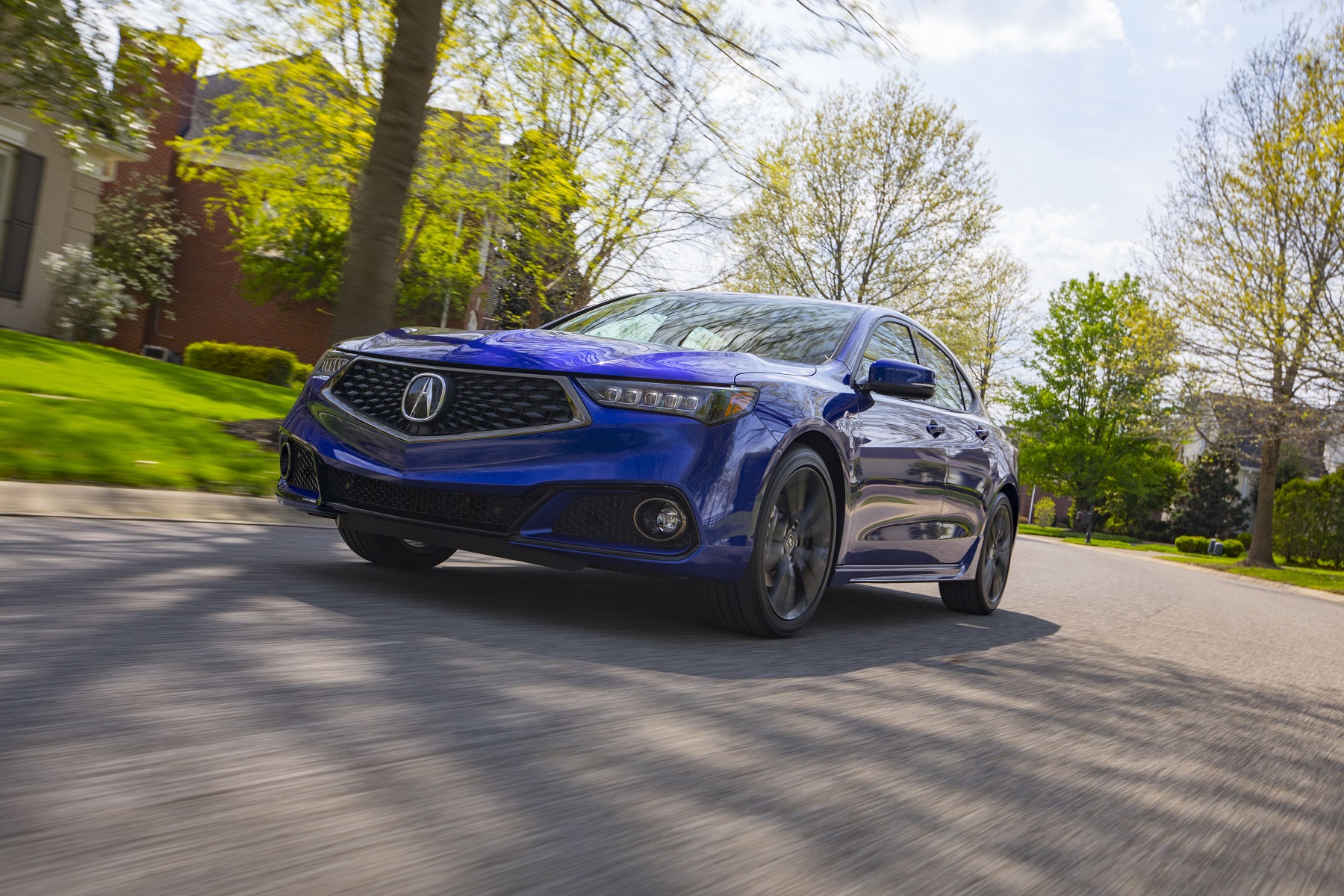 TLX engine choices remain the same for 2018: a 2.4-liter inline four-cylinder and a 3.5-liter V-6. The smaller engine develops 206 horsepower and 182 lb.-ft. of torque while the V-6 kicks out 290 horses and 267 lb.-ft. of torque. The four-cylinder is paired with an eight-speed dual-clutch transmission with paddle shifters, and the V-6 gets a nine-speed automatic with paddles. Acura's SH-AWD system is available, and I recommend it.

On hilly, twisting roads outside of Louisville I found the 2018 TLX was confident and sure-footed in aggressive driving. Crossing into Indiana, a rather beat-up 2013 Mustang was poking along in front of me at about 50 mph, so I decided to punch the throttle to test the passing power of the TLX. The vehicle powered around the pony car easily -- perhaps too easily.

Turns out, the Mustang was being driven by an Indiana state trooper, who pulled me over. He let me go with just a warning, but if you're driving in Indiana, watch out for stealthy law enforcement vehicles. Or better yet, go the speed limit and don't pass a trooper. 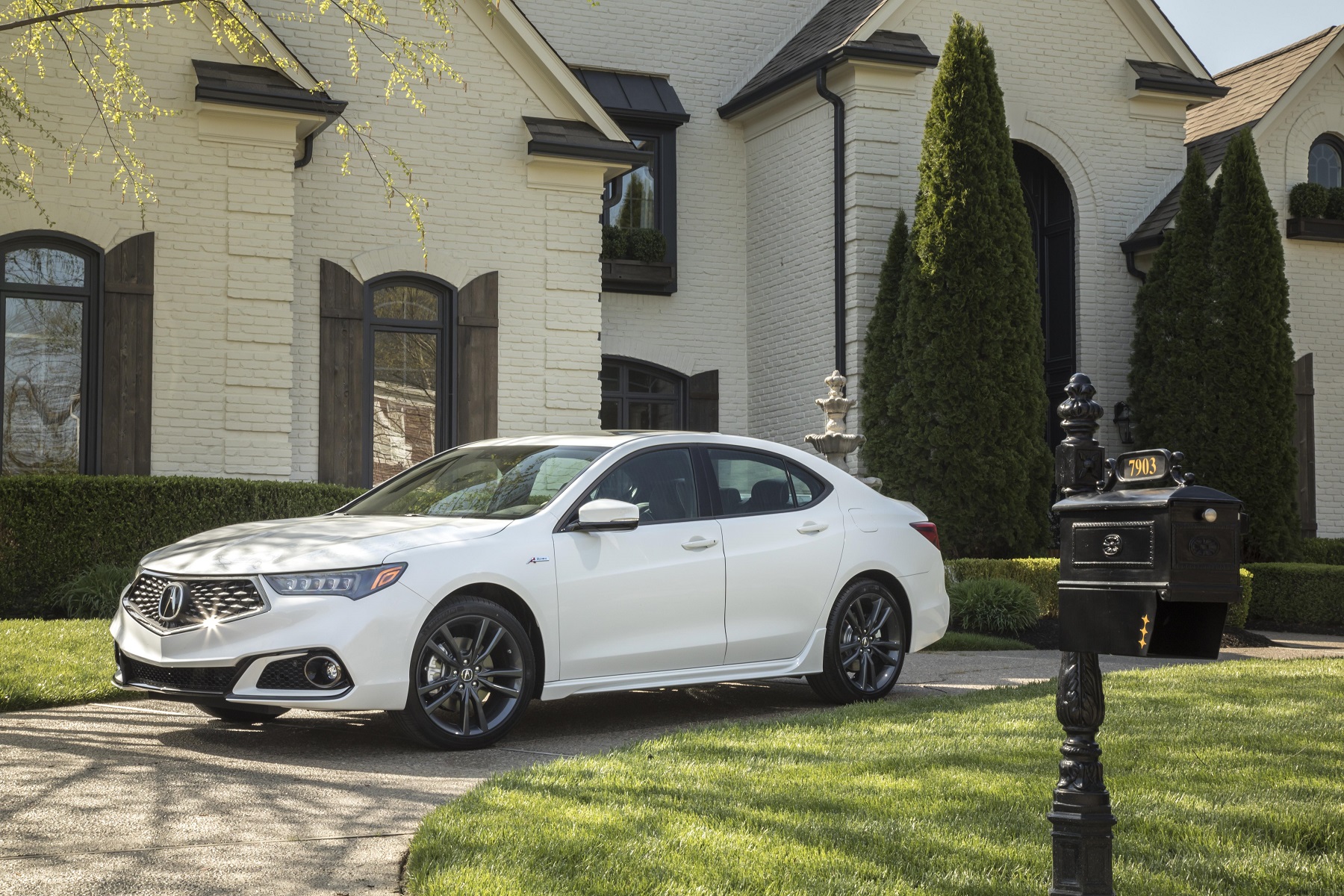 The interior of the TLX is very nice, and retains its popular dual-screen layout. You can see the navigation map and pretty much whatever else you want without having to toggle back and forth across various screens. The 8-inch hooded upper screen is high on the center stack, and the lower 7-inch unit has a new capacitive touchscreen. Once you set the two screens, you may not find it necessary to change anything again, ever.

While the two-screen format is the same as previous models, the infotainment systems are completely new, now featuring Apple CarPlay and Android Auto.

Inside the TLX, the lines are clean and the detailing is high-end. Headroom in front is 37.2 inches, and in the rear it's 36.7 inches. Rear-seat legroom is 34.5 inches.

When it comes to safety, the new TLX should score well when testing is complete. The TLX offers more standard safety and driver assist features than any previous version. In addition, every TLX gets the AcuraWatch system.