Whether you happen to be a coupe aficionado or are a fan of sedans, the 2017 Honda Civic Si models are hot, affordable, sport compacts that deliver a satisfying level of high performance. The new Civic Si is available as either a two-door coupe or a four-door sedan, each geared to pleasing performance enthusiasts. 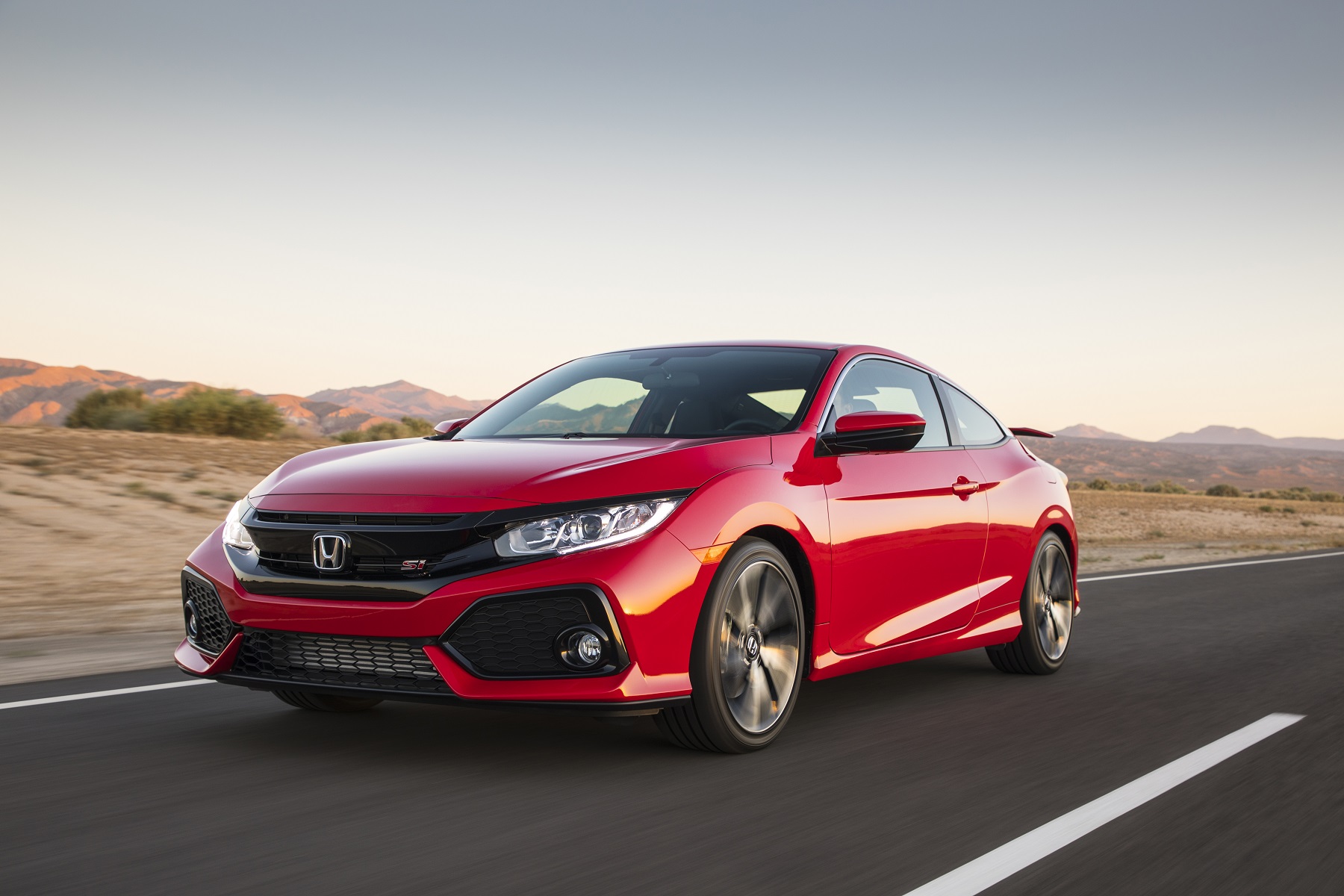 Manufacturer photo: The 2017 Honda Civic Si coupe and sedans are the first Si models to use turbocharged engines, utilizing an upgraded, high-boost version of the 1.5-liter direct-injected and turbocharged new powerplant that made its U.S

The new Civics are the first Si models to incorporate turbocharged engines, utilizing an enhanced and upgraded, high-boost version of Honda's 1.5-liter turbocharged and direct-injected new powerplant that debuted on the 2016 Civic Sedan.

This new Honda AP2 engine provides drivers with more power and torque in the lower rpm range, with minimal turbo lag, while serving up a broader power band when compared to previous, normally aspirated models. All Si models are front-wheel drive and are exclusively equipped with a short-throw six-speed manual gearbox.

The high-torque 1.5-liter four-cylinder, with a single-scroll turbocharger, features an internal wastegate, dual variable-cam timing, direct injection, and drive-by-wire throttle system. It delivers 205 horsepower while developing 192 lb.-ft. of torque in a range from 2,100 to 5,000 rpm. 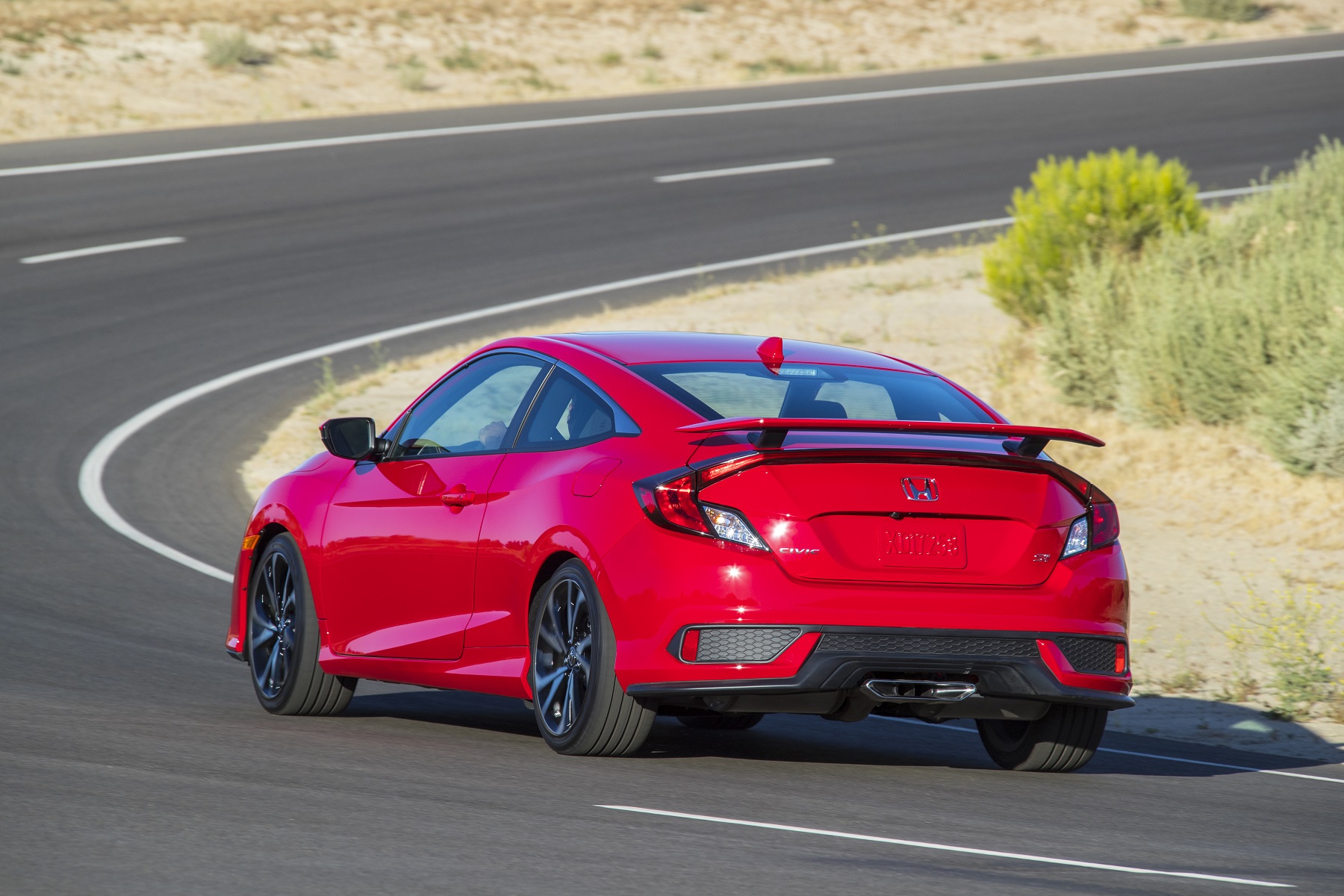 The upgraded performance prowess of Si Civics is matched by significant exterior and interior improvements that clearly distinguish the Si from the regular (or more mainstream) sedan and coupe siblings. Spring rates are stiffer, stabilizer bars are more rigid, and solid front and rear compliance bushings are borrowed from the track-focused Type R Civic.

New for 2017 is a driver information interface that adds a variety of selectable real-time information designed to support performance driving. The 7-inch color TFT is able to display throttle input and brake input application in a graphic percentage format, turbocharger boost in pounds-per-square inch, lap time (intended for use on closed circuits), race-inspired rev-limit indicators, and a graphic G-Force gauge that provides a representation of acceleration, braking, and cornering forces

My test 2017 Honda Civic Si coupe had a base price of $23,900, and an as-tested price of $24,775. The drive took place on both challenging Southern California roads and at Honda's newly renovated 3,840-acre warm-weather testing facility in the Mojave Desert. The facility, one of Honda's two U.S. test facilities features a 7.5-mile high-speed banked oval track capable of testing vehicles at speeds over 200 miles per hour, and a 4.5-mile winding road course that incorporates 28 curves and six different hills into the design. 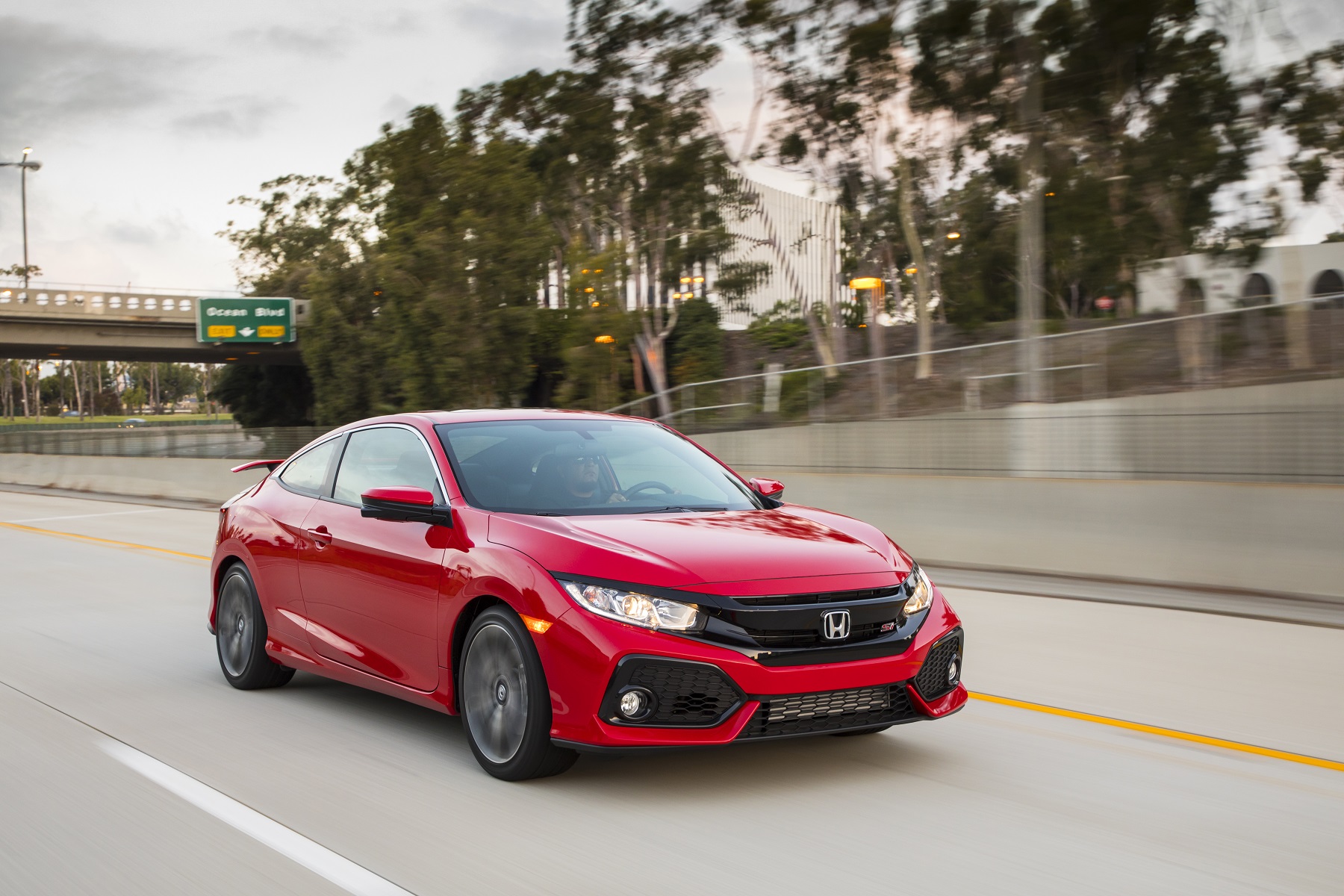 It was a complete joy to drive, delivering amazing performance in all aspects, especially when taking the price in to account. In the final analysis, one would be hard pressed to find a more capable compact high-performance sport coupe or sedan at a more reasonable price point.