Every aficionado of the Jeep brand expected the refreshed 2018 Wrangler to be one of the most capable off-road vehicles on the planet, which it is. But it also comes with an unexpected bonus: on-road refinement and driving enjoyment. 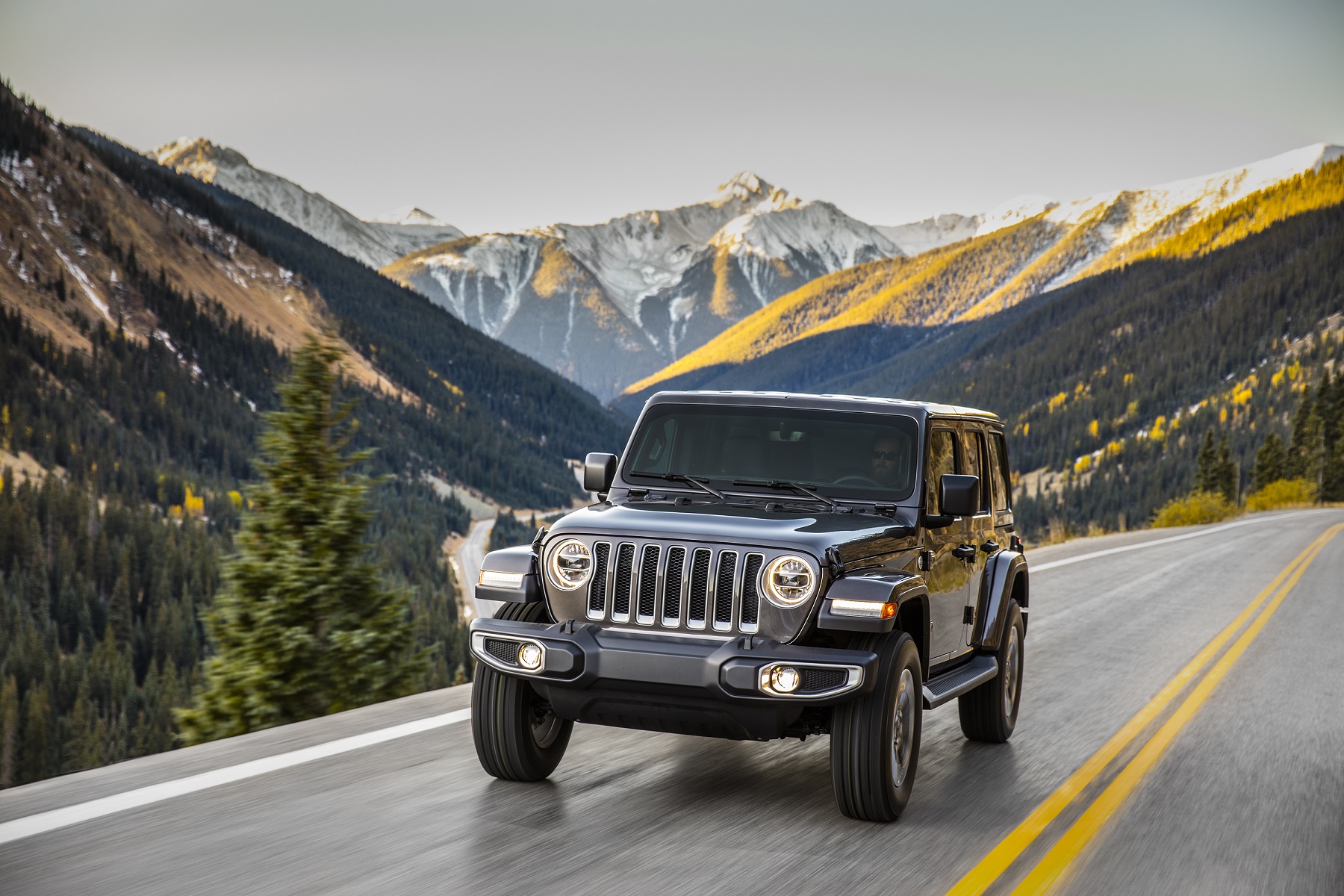 Of course, the new Wrangler is still as rugged and sure-footed over rocks and boulders as a mountain goat. And if it's your thing, you can still easily drop the windshield, remove the doors and top, and expose your body and pioneer soul to the elements.

However, equip it like the four-door Sahara model we tested and you'll experience a quiet (even sedate), family station wagon that handles well in traffic and around curves, tracks steadily in a straight line, and delivers long-distance comfort that can eliminate complaints from the kids and other passengers. Yet it can still tackle trackless terrain.

Who knew that any Jeep could be so appealing across the board? Hardly anybody, except for the designers themselves who set out to make the new Wrangler more consumer friendly while steadfastly maintaining its traditional looks and rugged personality.

The list of improvements is long, though no one will mistake it as anything but a Jeep Wrangler. Styling tweaks are subtle, such as a slight bending of the seven-slot trapezoid grille, larger windows, and an easy-folding windshield with a bit more rake to reduce wind resistance and improve fuel economy. Even with the windshield down, the new Wrangler now has a rearview mirror mounted on a crossbar. 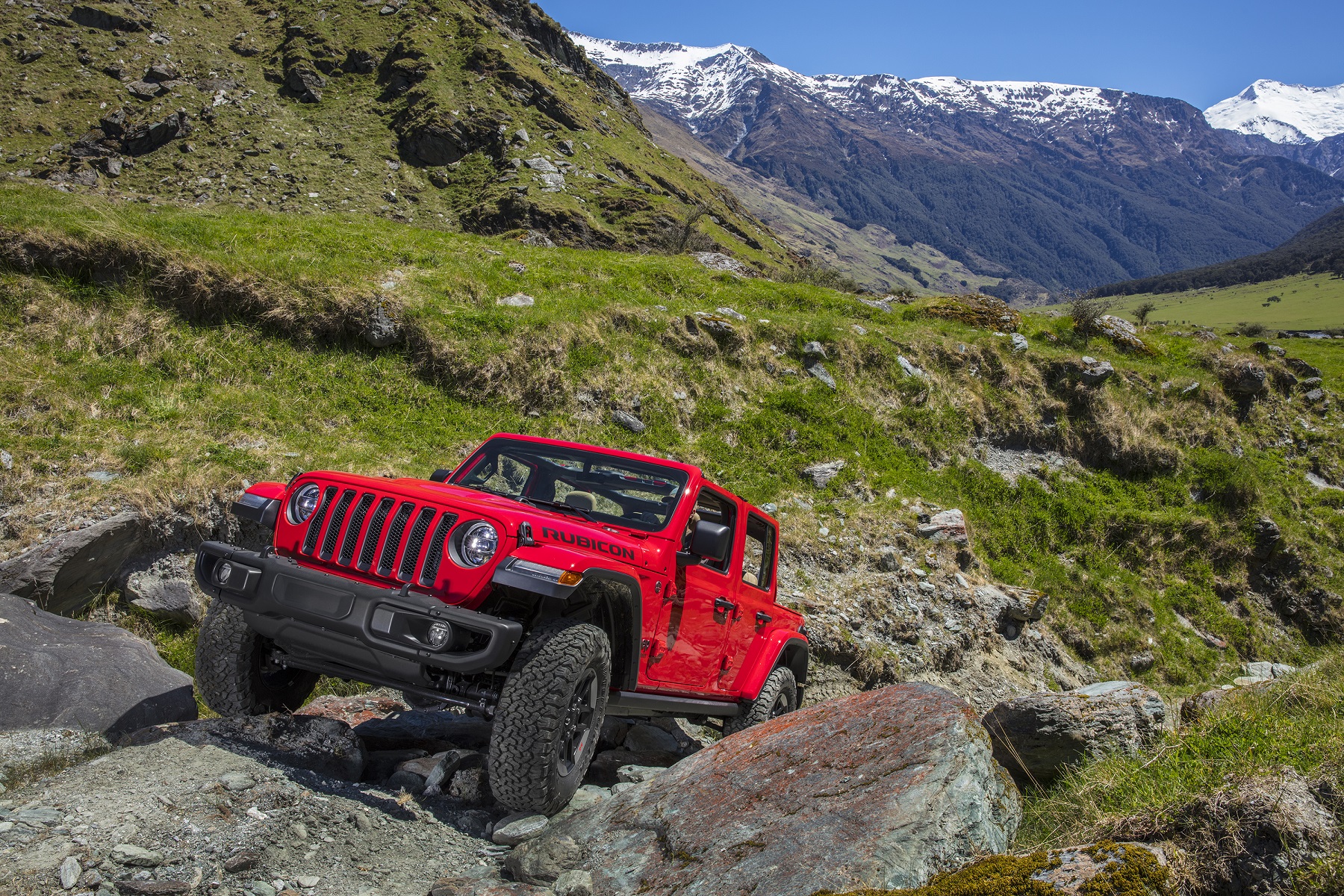 Also contributing to weight reduction and fuel economy are aluminum doors, hood, fenders, and the windshield frame, along with a magnesium rear swing gate. New handles make the doors easier to remove and carry away.

Standard on the V-6 Wranglers is a six-speed manual gearbox, with an eight-speed automatic transmission optional. The eight-speed is standard with the 2.0-liter engine.

Three trim levels are available for the four-door Wrangler, -- which now accounts for more than three-quarters of all Wrangler sales in the U.S. Trims are the base Sport, mid-level Sahara, and the top-of-the-line Rubicon. Traditional two-door Wranglers come in Sport or Rubicon trim.

The Wrangler offers a choice of improved tops. The convertible top now is motorized and can be opened and closed with the touch of a button. A new system for the soft top eliminates zippers and enables quick folding and removal of panels. Two hard tops also are available. 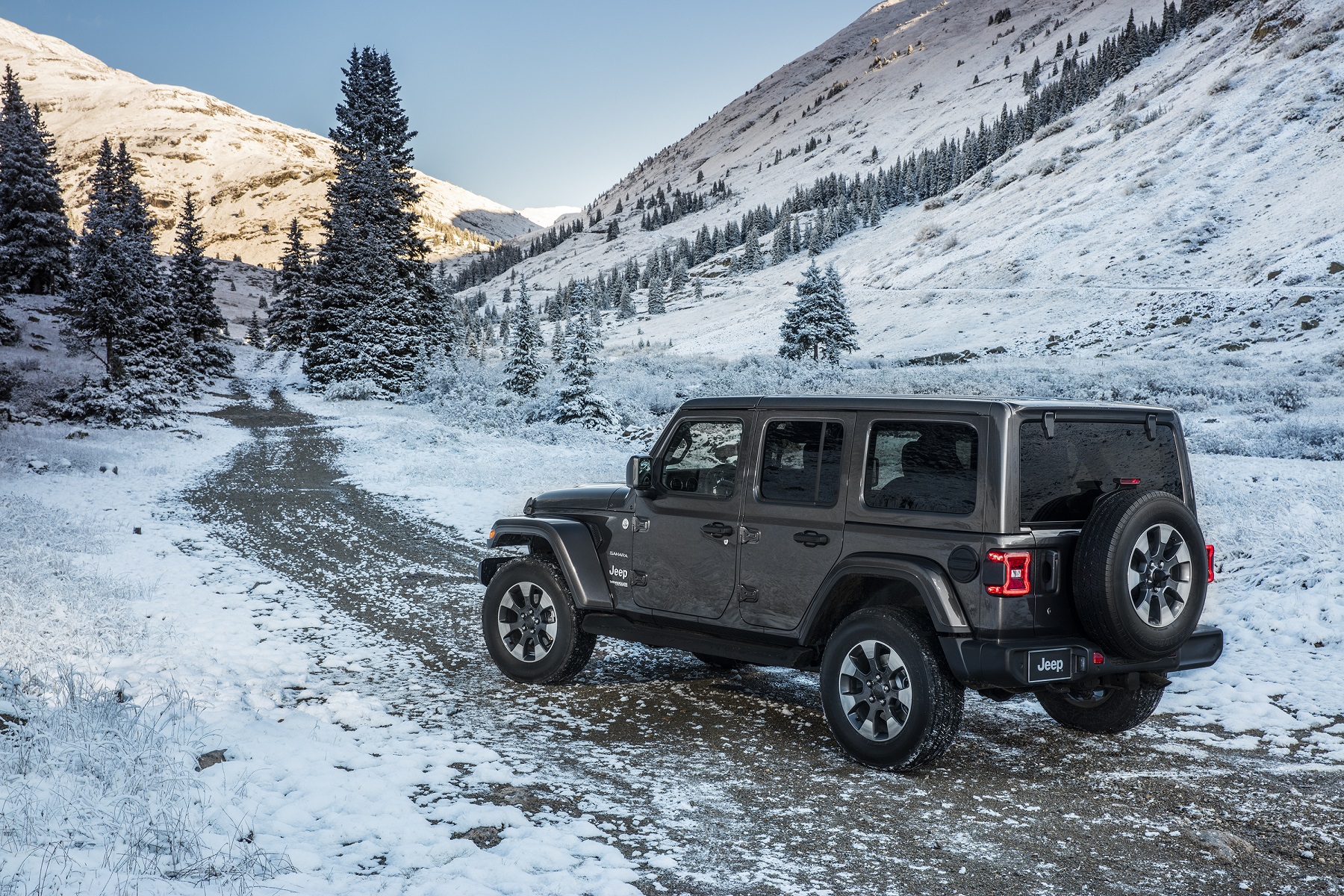 Inside, the Wrangler now features lumbar support on the driver's seat, pushbutton starting, and an upgraded infotainment system with optional Apple CarPlay and Google Android Auto integration. Touchscreens -- as usual with Fiat Chrysler vehicles -- are intuitive and easy to use. Screens measure 7.0 or 8.4 inches, depending on the model. One awkward feature: the power window controls are mounted in the center of the dash. But that's unavoidable because of the removable doors.

The back seat accommodates three adults with plenty of head and knee room, though the center-rear passenger must put up with a hard cushion and restricted foot room from a floor hump and intrusion of the center console.

The 2018 Jeep Wrangler starts at $23,995. The subject here, the Sahara four-door hardtop with comfortable cloth upholstery, arrived with a starting price of $38,540.