To establish its bona fides as an American-centric automobile, the 2019 Volkswagen Jetta will not be sold in Europe. 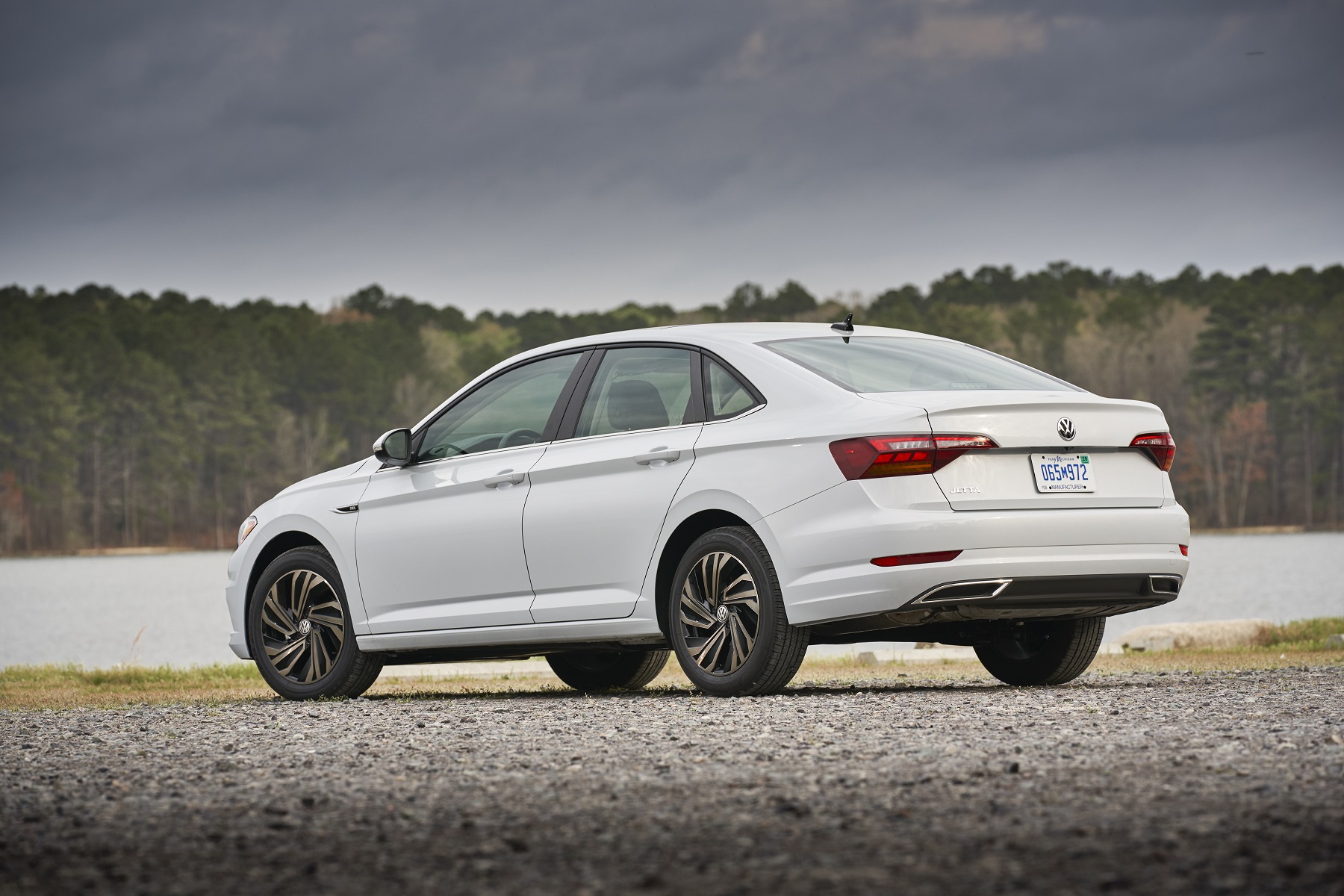 Manufacturer photo: For the 2019 model year, the Jetta is based on Volkswagen

In the words of Daniel Shapiro, the product manager, "The Jetta was completely re-thought and re-engineered for the North American market."

It's always been at least somewhat aimed at North America because, from its introduction as a 1980 model, the Jetta has been a traditional notchback sedan, the body style most favored by U.S. buyers. European buyers tend to favor hatchbacks and station wagons.

As such, Jetta has been a success here, with 3.2 million sales overall, which Volkswagen says makes it the most successful European nameplate in the U.S. With VW still reeling from the scandal in which some of its executives and engineers manipulated emissions controls on the company's diesel-engine models, the new 2019 Jetta represents part of a hoped-for new beginning for the brand.

A cornerstone of that effort is a versatile new platform called Modular Transverse Matrix (MQB). Platforms are the basics for any vehicle and the award-winning MQB is the starting point, not only for the 2019 compact Jetta, but also for Volkswagen's compact/midsize Tiguan crossover sport utility vehicle, as well as its full-size, three-row Atlas SUV. 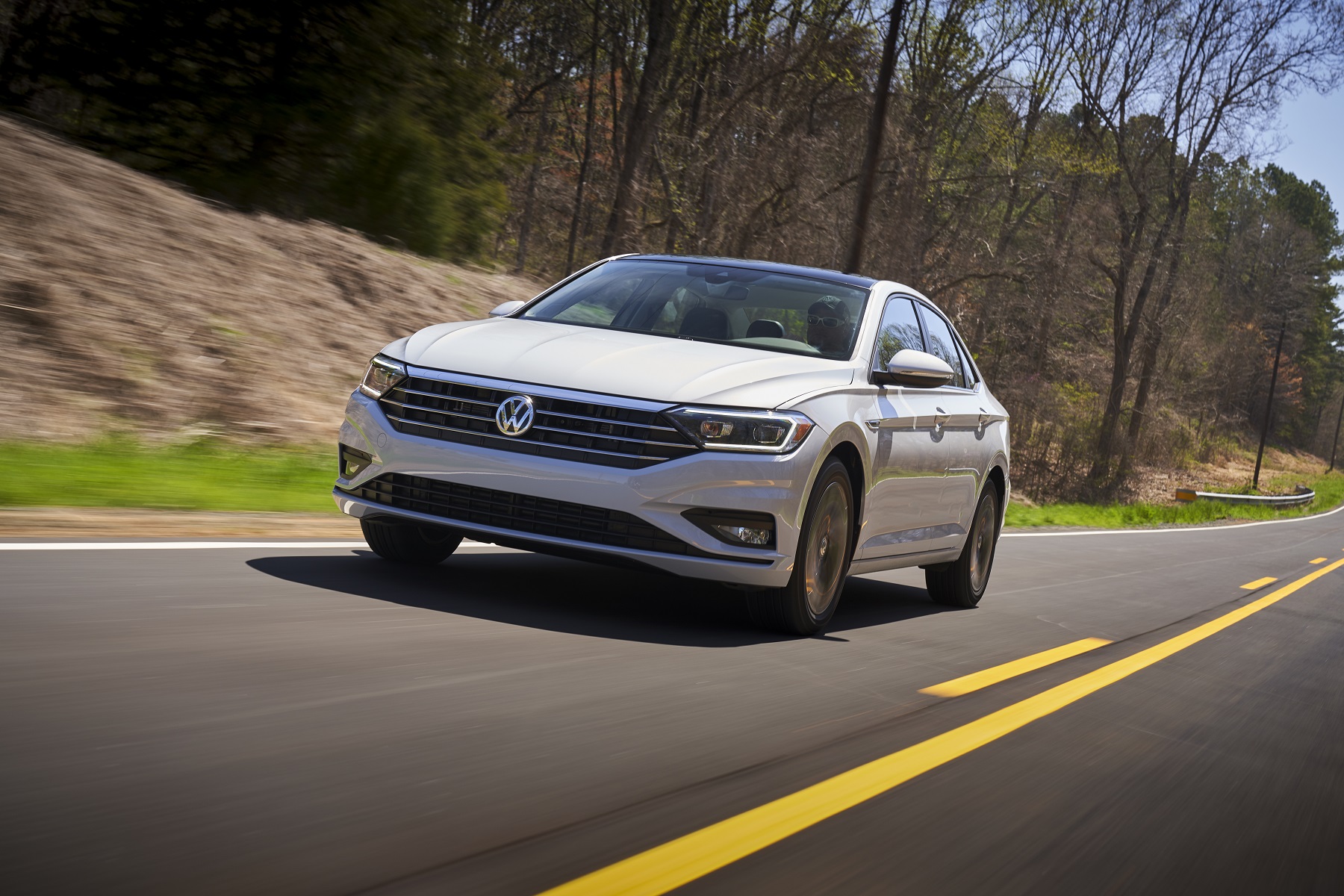 The new Jetta has a great deal to recommend it, not the least of which are lower prices than its predecessors. Five versions are available, with a starting base price of $19,395, including the destination charge, for the base S model with a six-speed manual gearbox. Add $800 for VW's all-new eight-speed automatic transmission.

Adopting a strategy from some of its competitors (notably Hyundai and Kia), the Jetta comes with a six-year, 72,000-mile bumper-to-bumper warranty. The warranty is transferable to the next owner, which should enhance the Jetta's value as a trade-in or in the used car market.

strong>All Jettas use the same engine: a 147-horsepower, 1.4-liter turbocharged four-cylinder that develops 184 lb.-ft. of torque. Though the numbers aren't particularly impressive, it provides snappy acceleration and strong cruising and passing power.

It's a shame that the six-speed manual is available only with the base S trim because it's a delight for anyone who prefers the control of manual shifting. The linkage is positive, though with a slight bit of wiggle room, and it feels quicker overall than the Jetta with the eight-speed automatic. 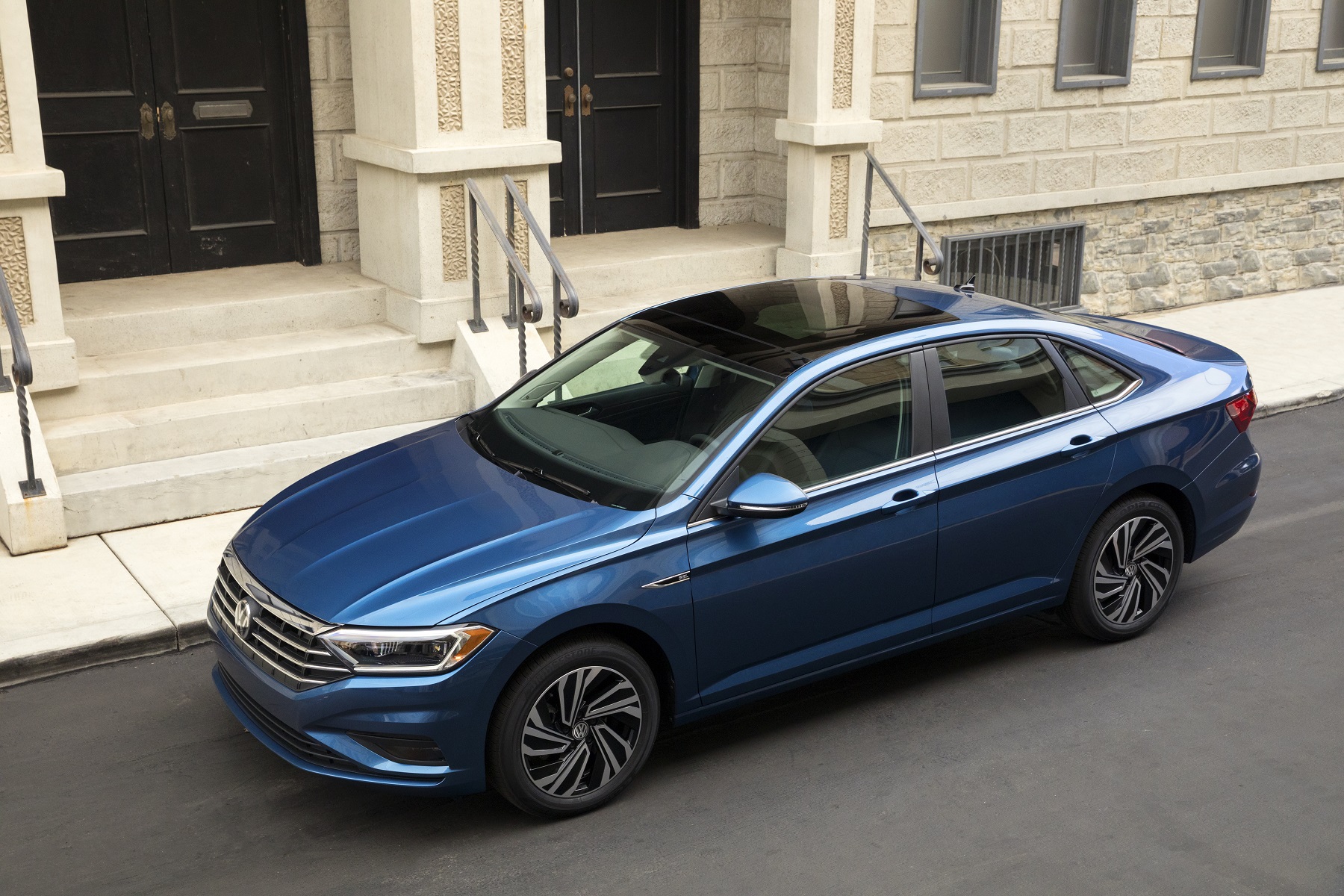 The Jetta is classified as a compact, though its 95 cubic-feet of passenger room and 14 cubic-feet of trunk space put it on the cusp of the midsize class. It is 15 feet, 5 inches long and weighs 3,031 pounds, contributing to its city/highway/combined fuel economy of 30/40/34 mpg.

Up front, the seats are supportive and comfortable, upholstered in leather, cloth, or faux leather, depending on the trim level. The SEL Premium came with perforated leather and a host of equipment that would not be out of place on a near-luxury sedan.

Out back, there's plenty of head- and knee-room in the outboard seating positions, though the center seat is a hard cushion with tight headroom that leaves little space for knees and feet because of a big floor hump and center-console intrusion.

Unlike some German luxury cars, the Jetta has a sun visor that slides on its support rod to fully block sun on the driver's left side. The panoramic sunroof on the SEL Premium had one of those perforated cloth sunshades that allow too much sunlight to intrude. Sunshades should be opaque, although on the Jetta the shade is independent so it can be left in place to minimize buffeting when the sunroof is open.

On the road, the new Jetta is a stellar, powerful performer, a quiet cruiser with excellent handling and solid straight-line control. With the eight-speed automatic, passing-gear downshifts happen instantly. 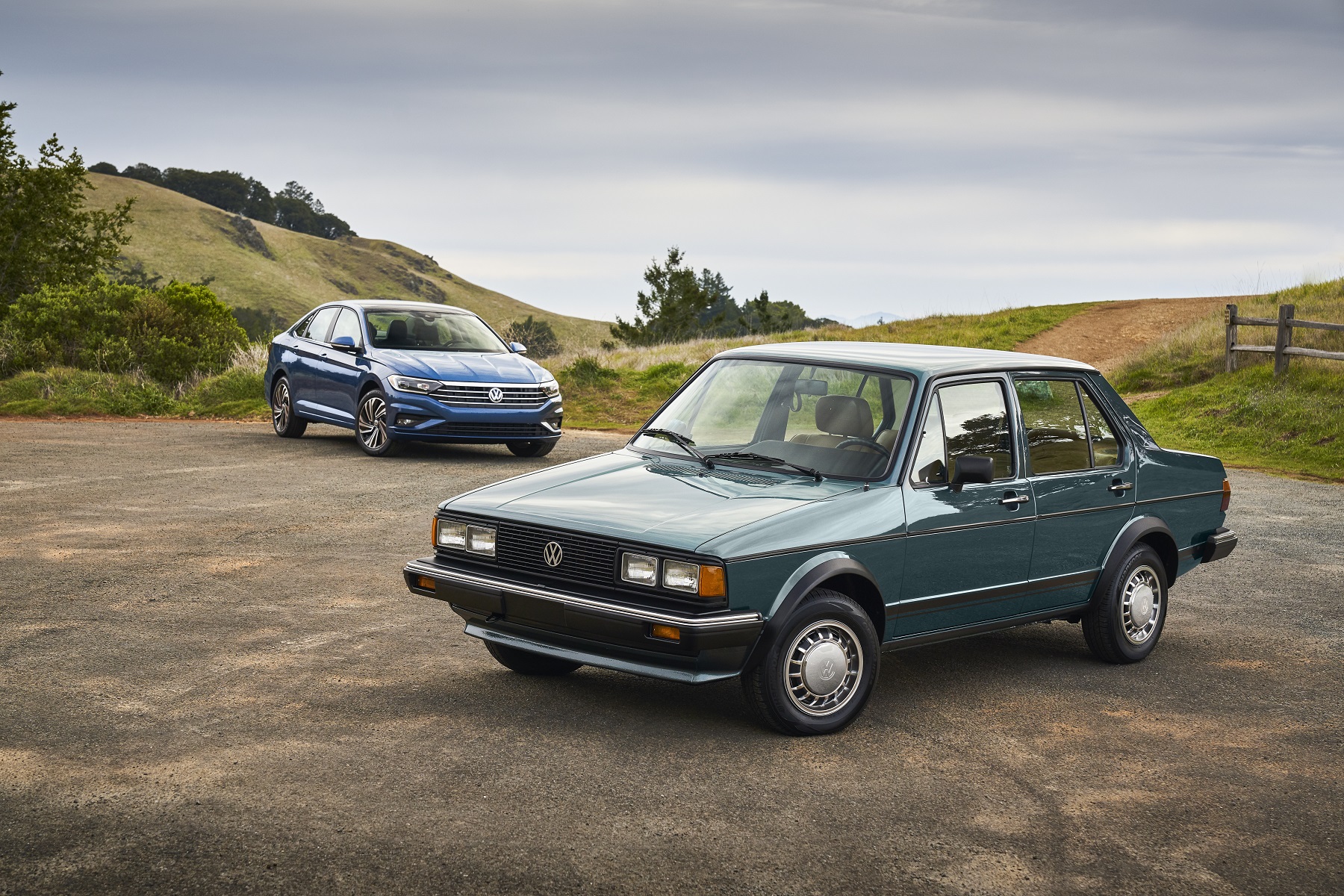 Given the fact that the top-line SEL Premium costs about $5,000 less than the average price of a new car in these times, the new VW Jetta likely will win over many new customers