The K900 sedan is Kia's flagship sedan. This luxury-oriented full-size vehicle had an unheralded debut four years ago at its initial launch, and remains under-appreciated. But perhaps not for long.

Hyundai owns about one-third of Kia and the two manufacturers, despite independent vehicles, share much. The new K900 is based on the Genesis G90, the luxury sedan now on its own as a brand from its original mothership, Hyundai.

Like the Genesis G90, which has steadily built an audience, the Kia K900 has a well-heeled list of respected rivals. The BMW 7 Series, Lexus LS and Mercedes-Benz S-Class all have long-time, true-blue buyers.

But also like the Genesis lineup, the second-generation K900 provides further fodder for the manufacturer's favorite question: "That's a Kia?"

The 2019 Kia K900 is equipped with a 3.3-liter, 365-horsepower twin-turbo V-6 engine with an eight-speed automatic transmission. It's oddly available only with all-wheel drive, the insignia of which is uniquely placed on the front panel above the driver's side wheel. Previous K900s were rear-wheel drive. 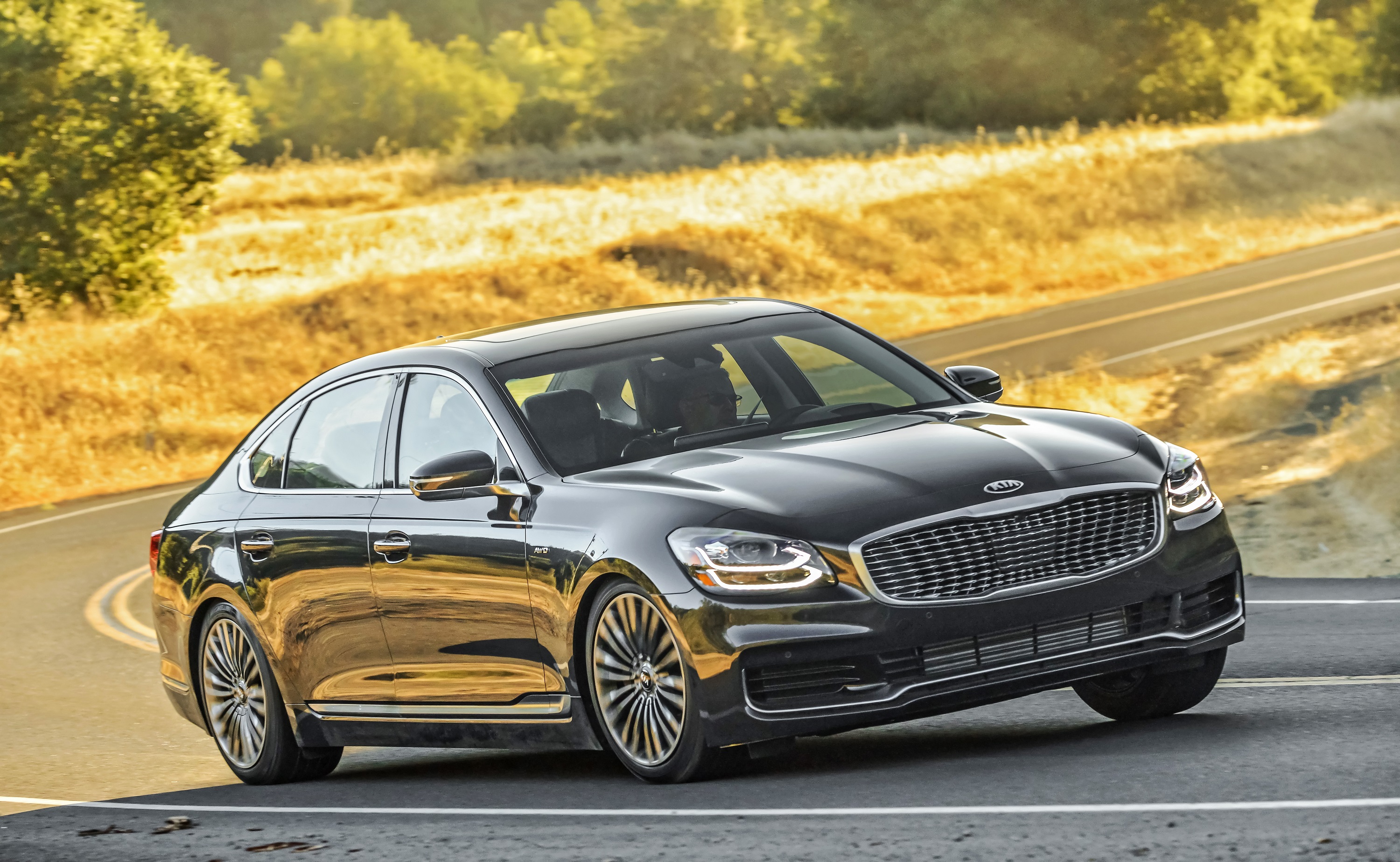 With the new generation, Kia lengthened the K900's wheelbase 2.3 inches and its overall length by 1 inch. The manufacturer describes the car as having a more rigid body with more generous use of "structural adhesives." The result is also a quieter ride than the previous K900 generation, thanks to improved and more generously used insulation materials.

There's no set definition for "luxury" in cars. But there's no doubt the K900 qualifies. The cabin is spacious, plush and well-designed. It has the feel of a stately sedan of yesteryear, which makes sense. The original K900, called the Quoris and K9 in other countries, was initially built to transport South Korean dignitaries.

The cabin has a clean, uncluttered look. Metal veneer abounds, and there's a healthy supply of matte-finished wood. A 12.3-inch, touchscreen infotainment center is positioned high on the dashboard. It looks like it should retract, but it's permanently secured.

A control knob is positioned on the center console and Apple CarPlay and Android Auto are included. The Kia's upscale interior also features an analog clock from the Swiss manufacturer Maurice Lacroix. It's embedded in the middle of the center stack. 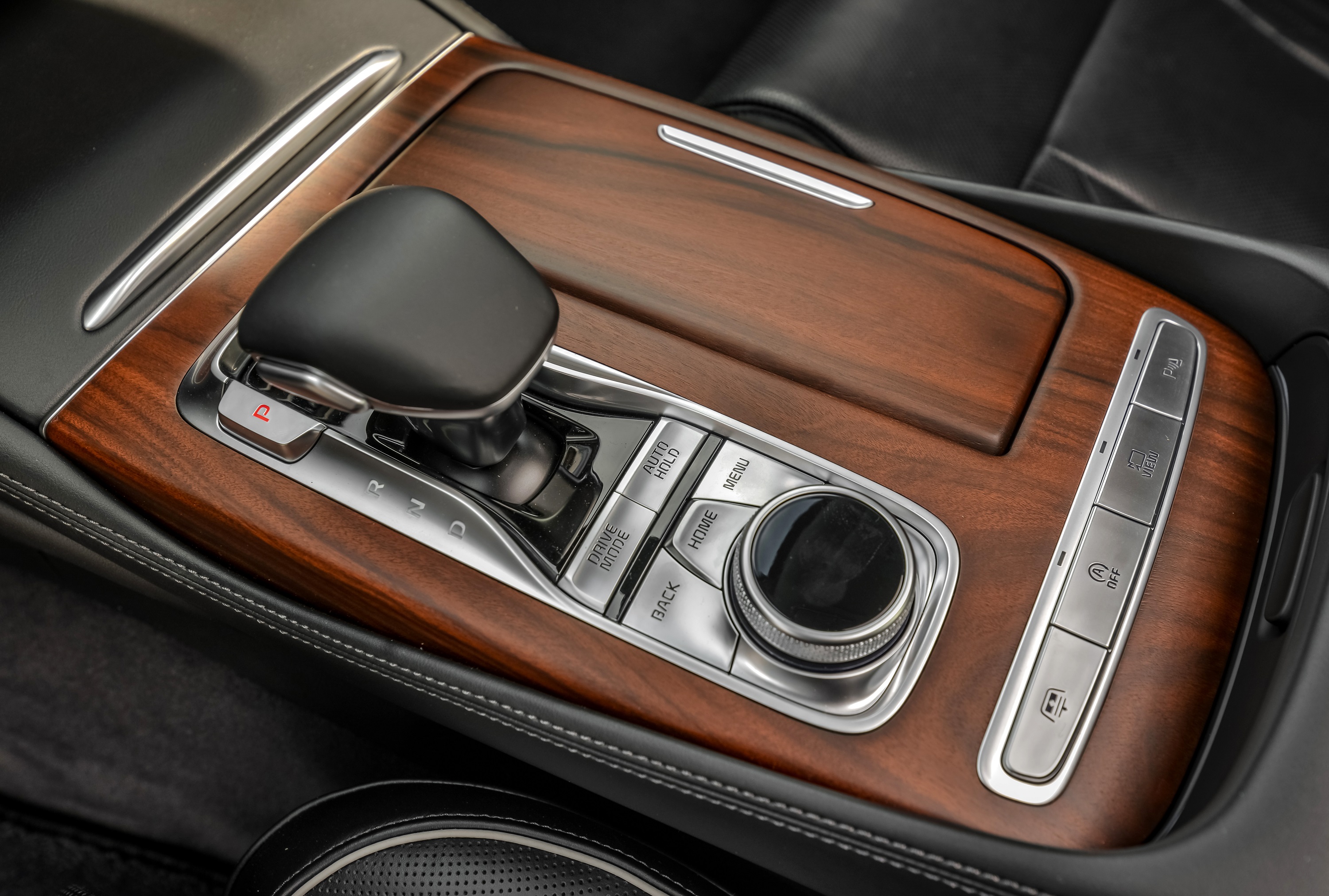 Luxury travel is further experienced with the K900's 900-watt, 17-speaker Harmon Kardon/Lexicon audio system. It's the highest quality and most powerful system Kia installed in its cars.

Safety equipment is another strong point. Automatic emergency braking and rear cross-traffic and forward collision warnings are efficient and worthwhile. Safe Exit Assist prevents doors from being opened, enough if unlocked, if a hazard like a motorcyclist or a bicyclist approaches the car from the rear.

Blind spot view monitoring is a unique feature. When the signal indicator is engaged for right or left turns, a live video of the adjacent lane appears in the corresponding ovals in the dash cluster.

The K900 accelerates briskly and drives as expected from a large sedan. It weighs more than 4,600 pounds, but its size never becomes cumbersome. It handles the open road smoothly and its city maneuvering is surprisingly agile. The MSRP is $59,900. Gas mileage averages are 17 miles per gallon in city driving, 25 miles per gallon on the freeway.

Luxury vehicle buyers' habits are often impenetrable. And the 2019 Kia K900 is an ultimate underdog in the luxury sedan segment. But it's value priced against German and Japanese rivals and its new model improvements make it worthy of serious consideration.