Minimal legroom, tiny storage areas, flimsy cupholders, a trunk big enough for one carry-on suitcase, and a noisy engine. The 2019 Mazda MX-5 has the same characteristics it had for its raging debut 30 years ago. As such, it's difficult to fathom why the vehicle is the best-selling roadster in history. 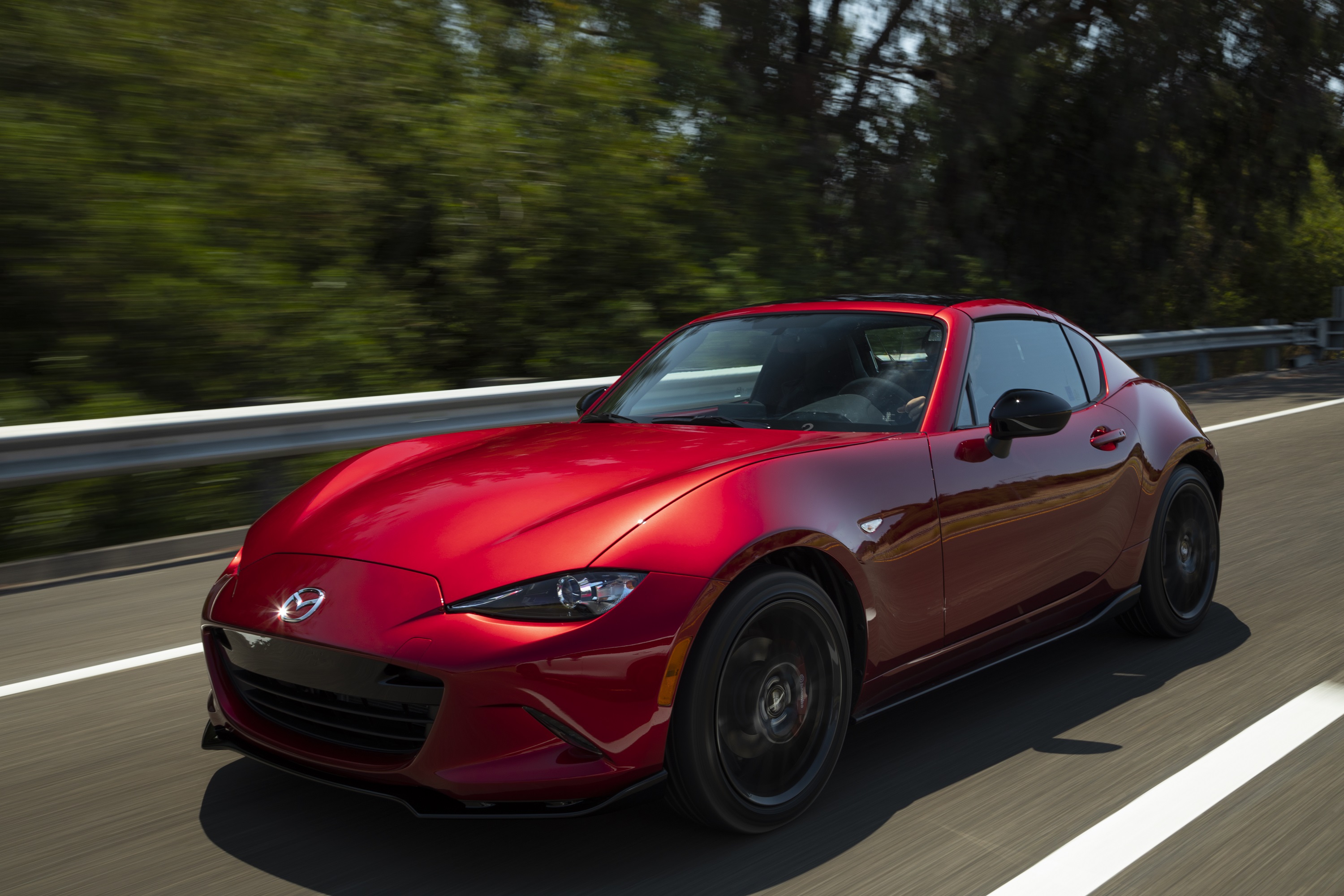 But for MX-5 Miata enthusiasts through the years, this little wonder's shortcomings are irrelevant. The Mazda has endured because it's a fairly priced sports car that exudes fun. Inconveniences? Who cares? The little machine almost immediately gained a substantial buying audience because it was unveiled as competitors were leaving the market.

Maneuvering a small, rear-wheel-drive car with precise steering while a few inches off the ground provides the Mazda's appeal. It's hard to get in and out of the car, but that apparently doesn't matter, either. It doesn't stop taller and heavier men than I am (6 feet, 200 pounds) from whipping along country roads with the top down, their heads protruding well above the top of the windshield.

For 2019, Mazda has upgraded the MX-5's engine. Horsepower has been increased to 181, up from 155 hp. Six-speed manual and automatic transmissions are available. The former will please purists who believe part of a roadster's appeal is shifting. The automatic transmission is all about convenience.

The RF (retractable fastback) trim is the most attractive offering. It gives the MX-5 a more sport-oriented, European flair with its top up. The RF provides less a noisy drive than the traditional soft top. 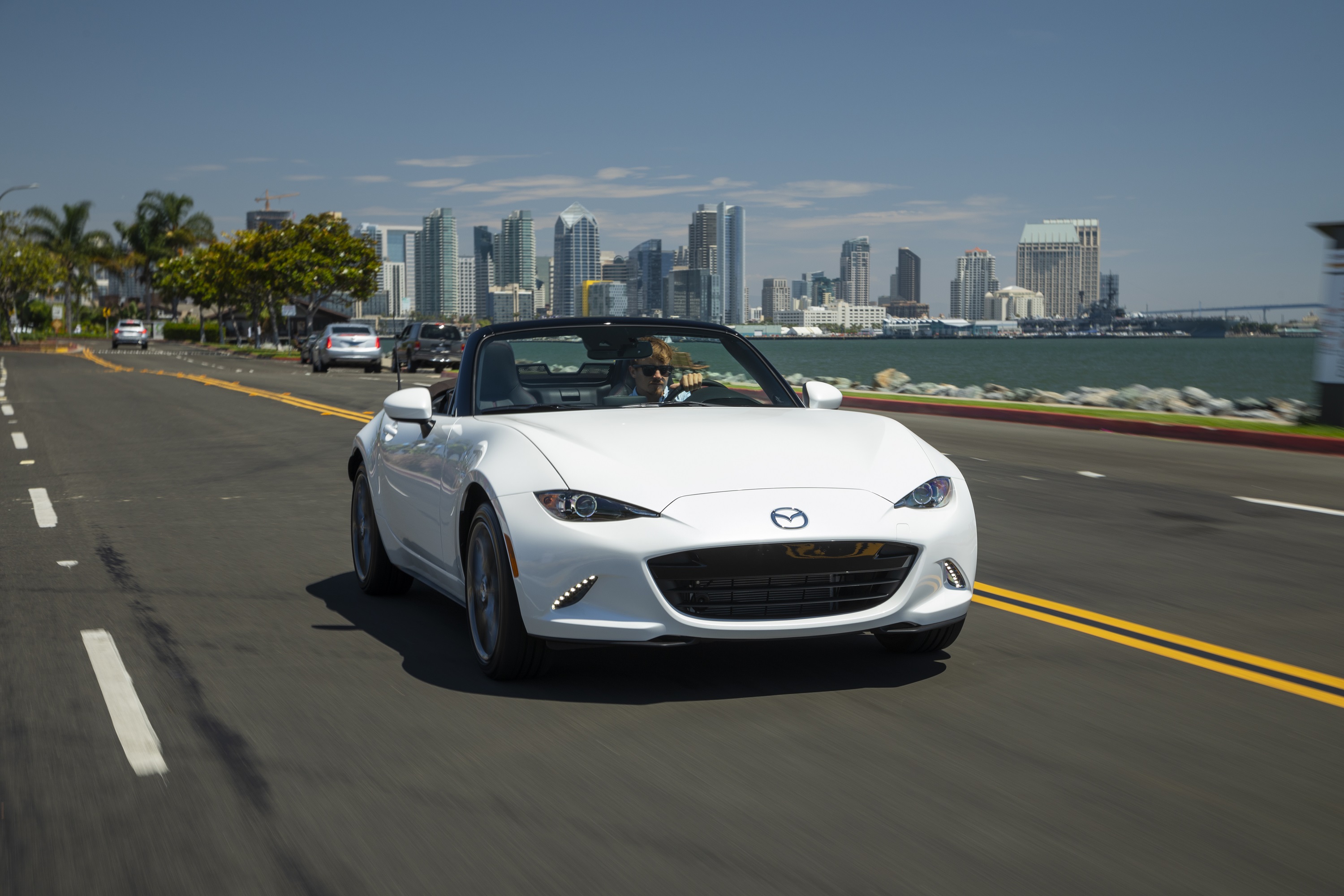 The RF top is power-operated, and with the top down, the MX-5 is even more attractive, with a resemblance to a Porsche Targa. The style with a wide roll bar behind the seats debuted on a 1966 Porsche 911.

With its increased horsepower, the MX-5 is also faster, achieving the 0-to-60 mph in 5.7 seconds. Gas mileage ratings are 26 mpg in city driving, 35 mpg on the freeway.

Practicality is not the MX-5's forte, but it's not a strong trait of any roadster. Buyers desiring a slick, low-to-the-ground ride with little reverence for quiet and comfort welcome the small package that also offers a hefty dose of joy. 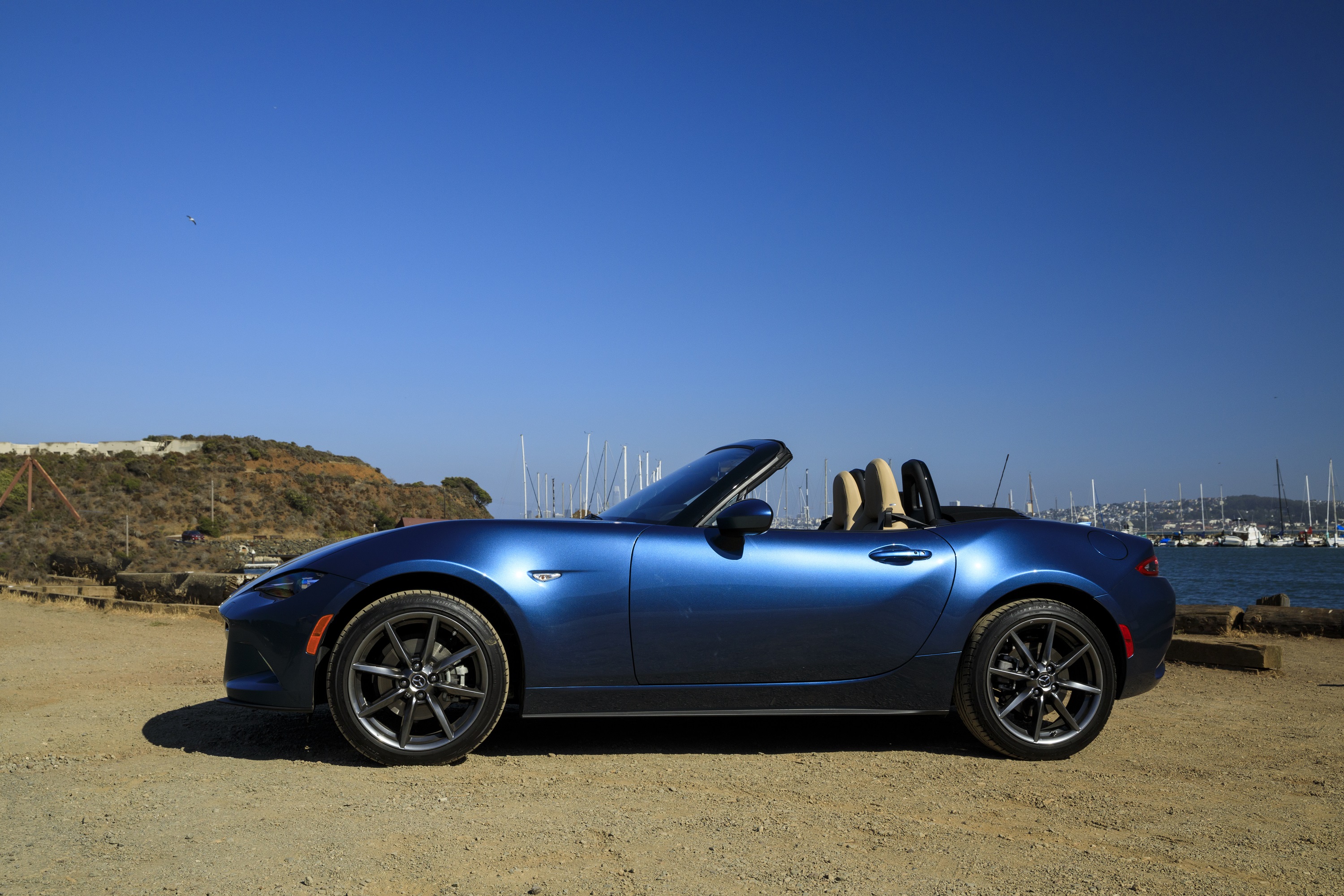 Steering is sharp and the MX-5's nimble maneuverability and lightweight feel are further attractions. Don't expect smooth progress over bumps or other road imperfections. And for some, that may be another appeal.

With every available option, the 2019 Mazda MX-5 costs about $34,000. It's a fair price for those with adventurous spirits and keen desires for pleasure driving.