The 2019 Volkswagen Jetta GLI (Grand Luxury Injection) celebrates the sporty sedan's 35th anniversary. It is offered in S, Autobahn, and a special trim commemorating the occasion. 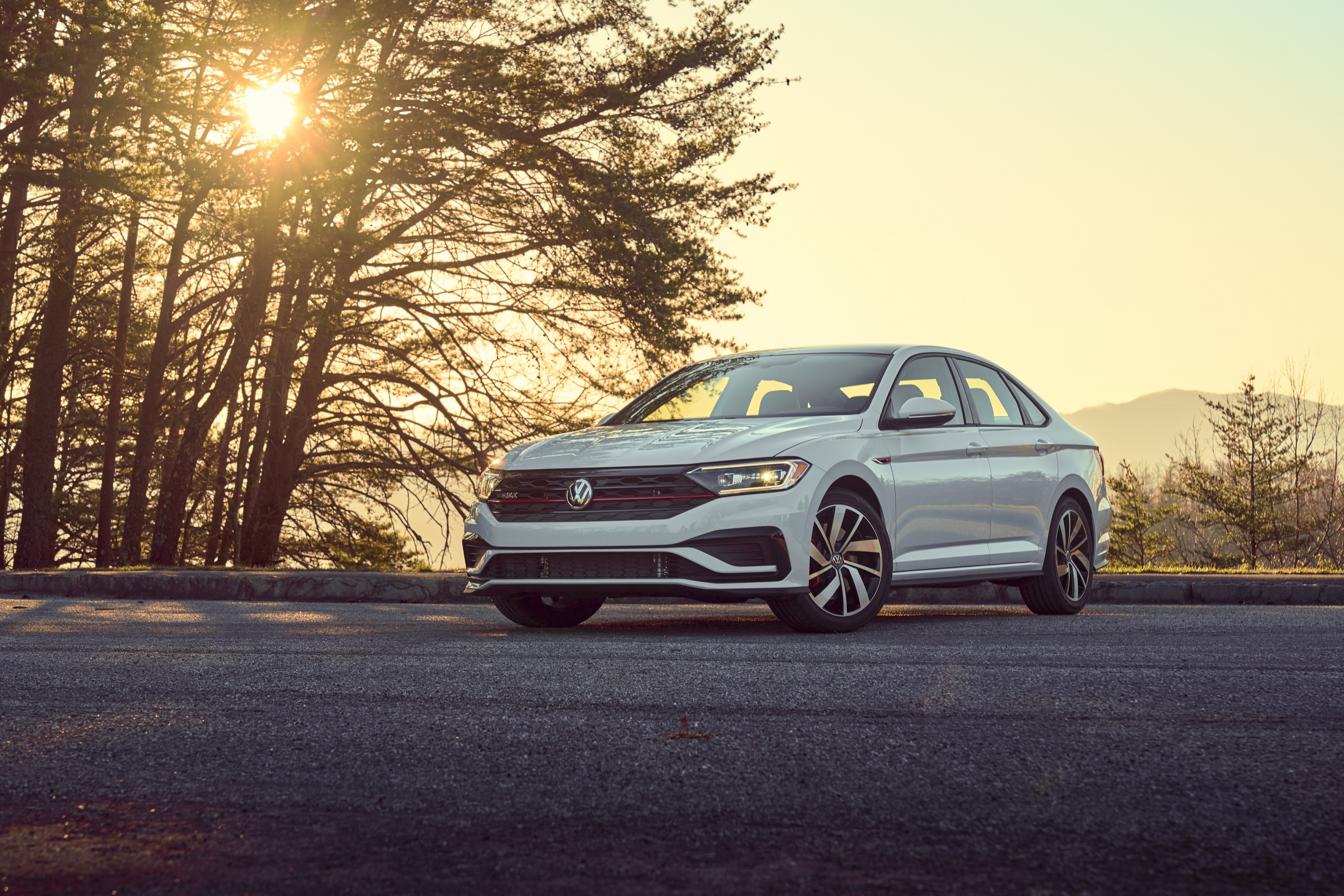 Manufacturer photo: While the 2019 GLI features the Coupe-like profile of the redesigned Jetta, it adds sporty styling cues that hint at its beefed-up powertrain

The 2019 model is also the debut of the vehicle's seventh edition; the Jetta originally launched in 1980. Its new version has a longer wheelbase (105.6 inches) and is 3 inches longer overall, as well as slightly wider, taller, and lower.

With its 2.0-liter turbocharged four-cylinder engine with 228 horsepower (18 more than in 2018), the Jetta GLI Autobahn trim was an ideal companion for a week. It was my test vehicle for more than 1,400 miles during this year's Tour of California event.

The 14th annual Tour of California, the country's largest professional bike race, began in Sacramento and advanced to South Lake Tahoe for one day. It then followed a north-to-south route through the central valley and onto a coastal route to Pasadena. The return trek to Sacramento was an inland route through the agricultural wonderlands, mostly along Highway 101.

The GLI combines the comfort of a small sedan with sports car leanings. Its upgrades from the standard Jetta include a red stripe running across the honeycomb front grille and different front and rear bumpers. 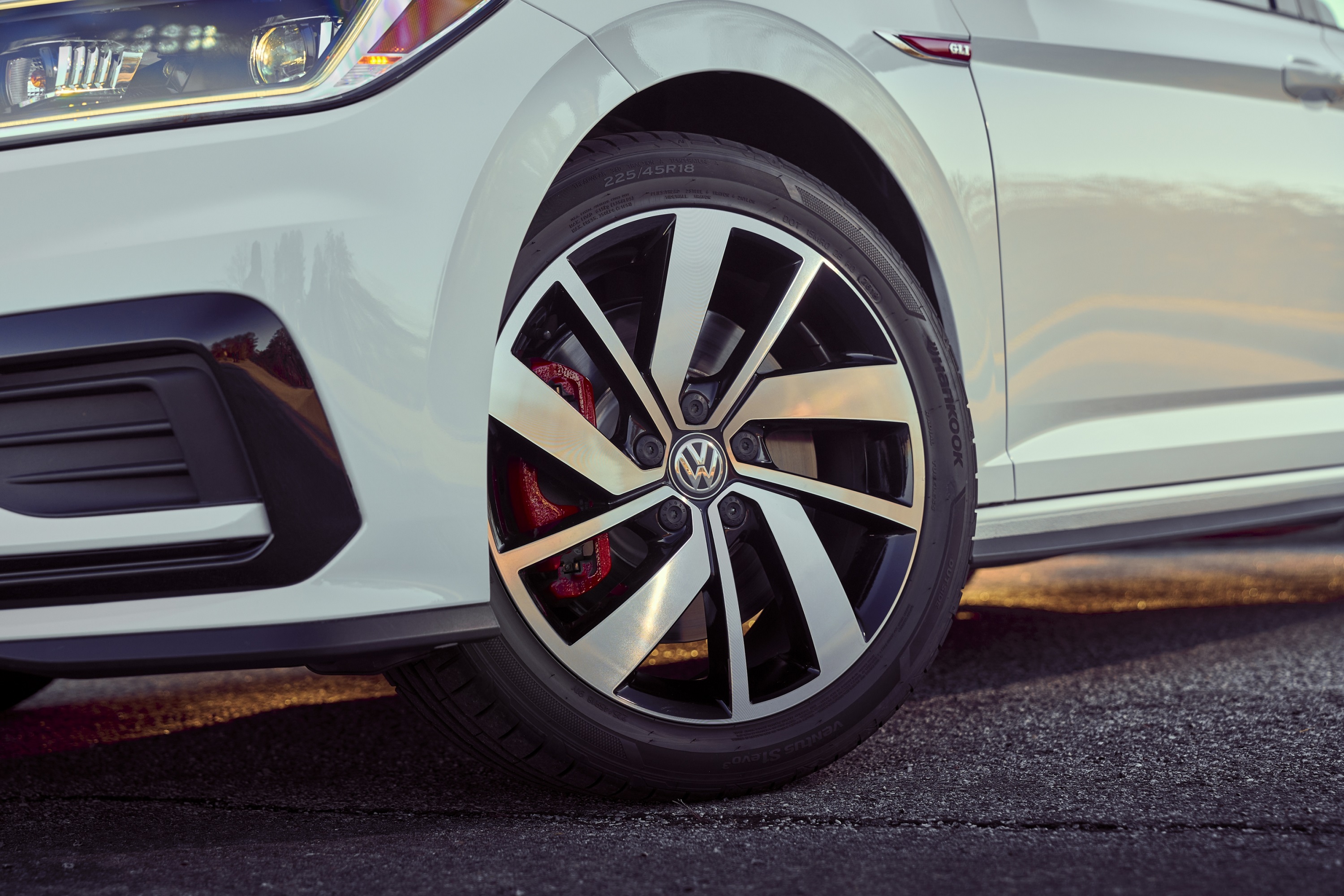 A six-speed manual transmission is standard, but the effortless dual-clutch seven-speed automatic with its smooth transition through the gears was an appreciated option. It advanced efficiently during city driving, up and down winding mountain roads, and across long stretches of the open round. The GLI's 0-to-60-mph speed is rated at 5.8 seconds, but the Jetta seemed to accelerate more quickly than that.

One Volkswagen signature is its interior simplicity. Many panels may be made of hard plastic, but the positioning of dials, the visibility of dashboard readings, and location of the USB ports all complement the Jetta GLI's overall appeal.

The GLI also has a spacious trunk and a healthy supply of other storage areas. It's all impressive, considering the Jetta's designation as a small sedan.

The only major drawback is the Jetta's lack of a navigation system. It's confusing considering the superior option of a BeatsAudio system, the efficiency of the digital instrument panel, and the standard inclusion of Android Audio and Apple CarPlay. I used the latter feature often with the map app on my iPhone. Instructions displayed in a timely and clear fashion on the 8-inch touchscreen.

Fuel efficiency was the biggest surprise of the extended test drive. The Jetta GLI is rated at 25 mpg in city driving, 32 mpg on the freeway. While primarily traveling on freeways and with the flow of traffic often exceeding the speed limit, I averaged 34.7 mpg during the trip. 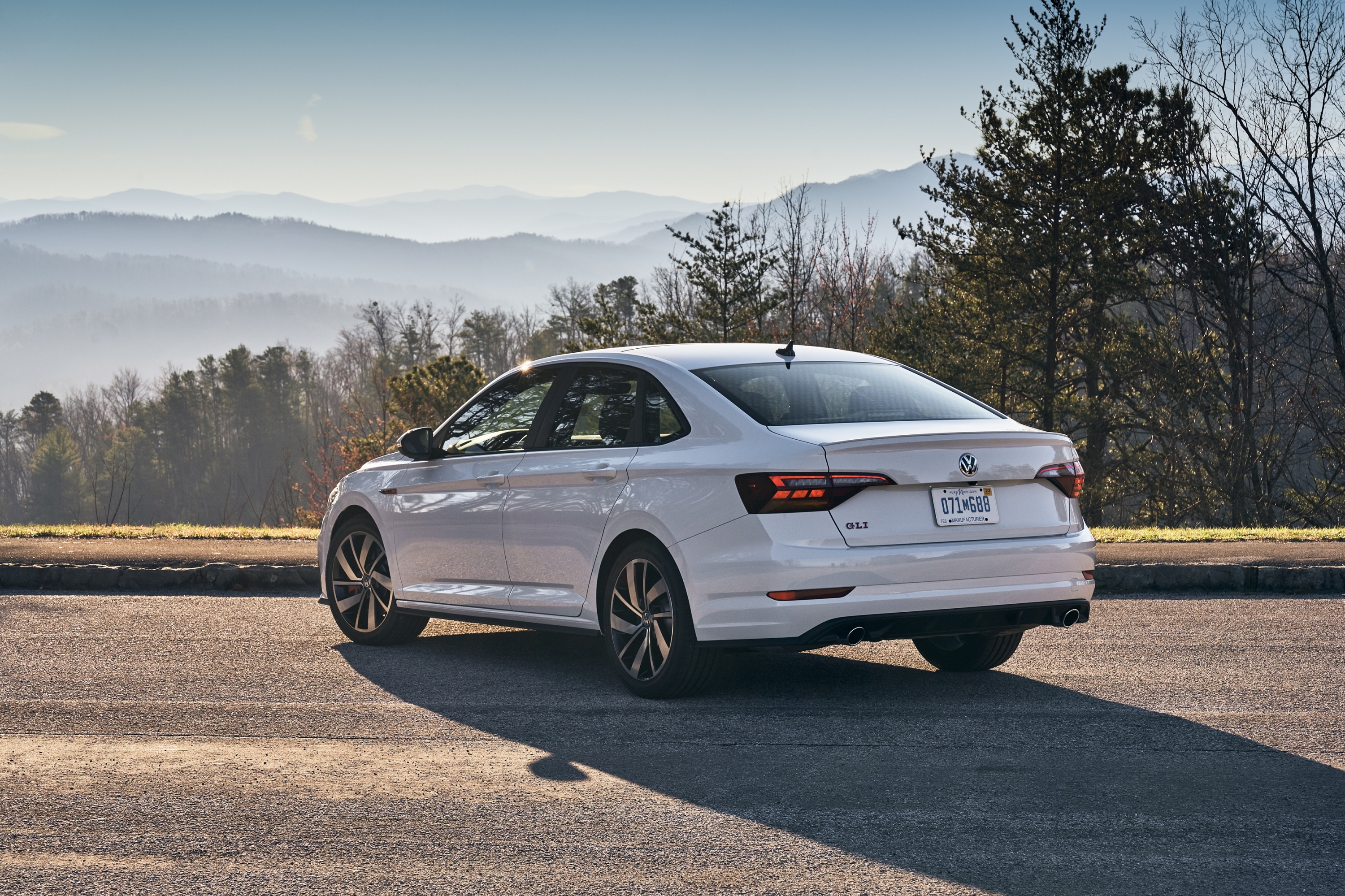 The Jetta's top competitors are the Honda Civic and Subaru WRX. And like those vehicles, the GLI joins an increasing percentage of cars that nearly instantly feel comfortable. Seating is pleasant with sufficient head and legroom. Similar to many small sedans, the GLI is designated as a five-passenger sedan, but if front-seat occupants are tall and push back their seats, back-seat passengers have a tight go of it. The Jetta is realistically a four-passenger vehicle unless all rear-seat passengers are petite. The 60/40-split rear seats are foldable for more utility.

It's one more reason the 2019 Volkswagen Jetta GLI, priced at $31,185 and near the average price of a new car in the United States, is worthy of serious consideration.