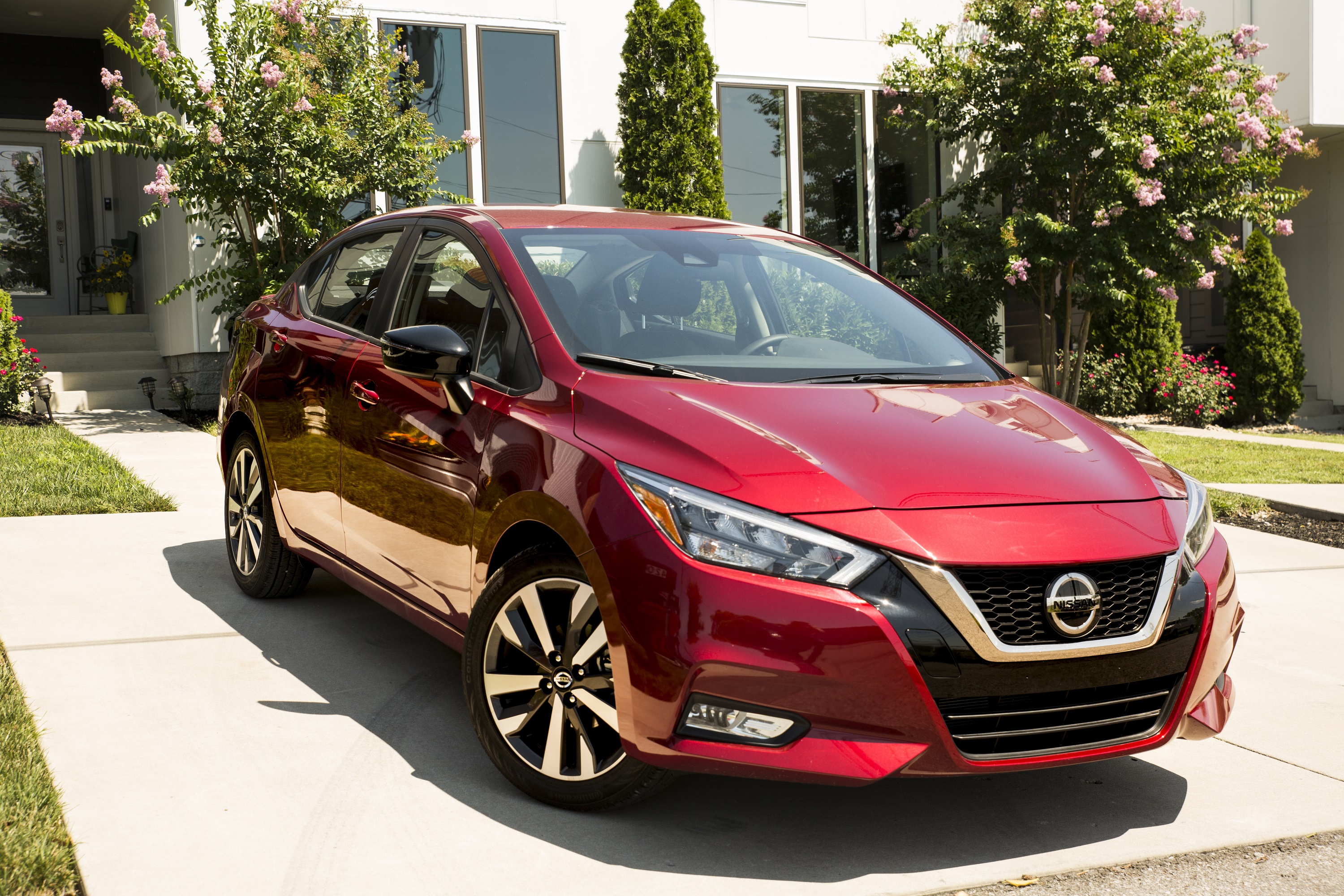 Manufacturer photo: The all-new, third generation 2020 Nissan Versa takes the popular subcompact sedan to a new level of refinement with a fresh, exciting design and technology and safety features not usually found in the segment

It was likely the best new car a buyer on a tight budget could purchase, and served its clientele well. However, the 2020 Nissan Versa no longer has its long-held title; it's now the country's third-cheapest new vehicle with a starting base price of $15,625. The Chevrolet Spark ($14,095) now wears the cheapest crown, followed by the Mitsubishi Mirage ($14,990).

With a few exceptions, new car prices don't decrease. The average price to date of 2020 models is nearly $37,000, an increase of about $5,000 from five years ago. The Versa's entry point is about 42 percent of the new-car average price and about $1,700 more than the 2019 model. A more-than-10-percent price increase is substantial, but the debut of the Versa's third generation is worthy.

A four-cylinder subcompact, it offers a 1.6-liter, 16-valve engine with front-wheel drive and 122 horsepower, an increase of 13 horsepower from 2019. It's matched with a new continuously variable transmission (CVT); a five-speed manual transmission is offered only on the entry-level S trim. Fuel economy averages are 32 miles per gallon in city driving, 40 mpg on the freeway with a CVT transmission, and 27/35 averages with the manual transmission.

The new exterior resembles the Altima, the Versa's bigger sibling. The little machine is also now 1.6 inches longer, 1.8 inches wider, and positioned 2.3 inches lower. It's not often a subcompact garners glances for anything other than disdain or gawking, but the Versa is now handsome. 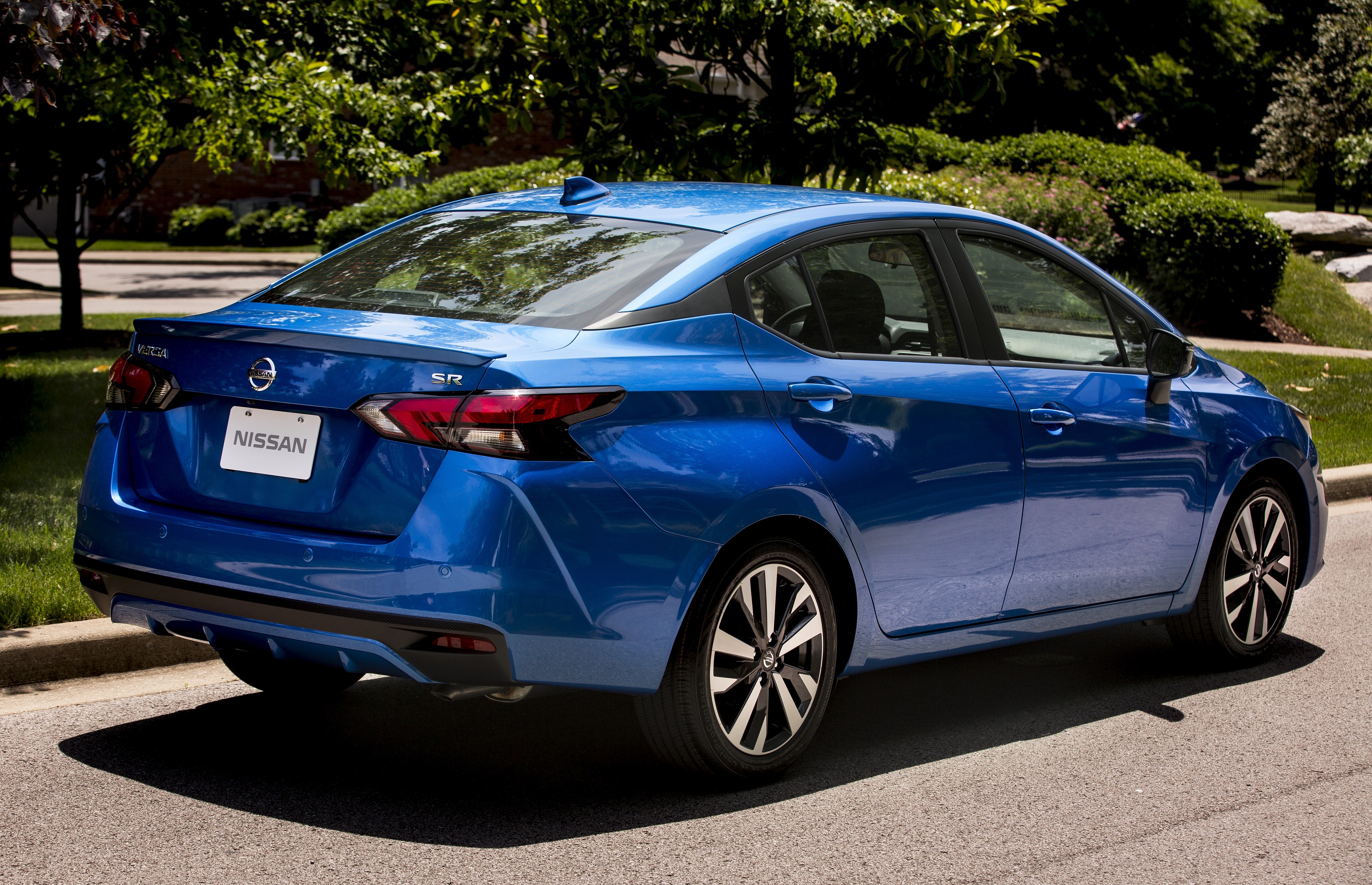 The price increase means good things in other areas, because small additions in entry-level cars make big differences. Keyless entry with push-button start, three USB ports, as well as power braking and power windows were once top-trim-only features; they're now standard on all trims -- S, SV, and SR. The latter two trims also have blind-spot monitoring and rear cross-traffic alert. The Versa Note hatchback has been discontinued.

A full complement of safety features, as well as Apple CarPlay and Android Auto (appointed to a 7-inch touchscreen), heated outside mirrors, and a driver's armrest are also included on the mid-level SV trim.

While still spacious as a subcompact, the new Versa has downfalls. While front passengers gained 2.7 inches of legroom, back occupants lost 6.0 inches to the total 31.0 inches of legroom. The Hyundai Accent, Kia Rio, and Toyota Yaris all have more rear space. The Versa's armrest is awkwardly placed and doesn't move.

Acceleration from 0-to-60 mph occurs in 9.7 seconds, a crawl with a caveat: It may take a while, but once cruising speed has been achieved, the Versa forges ahead smoothly, corners adequately, and offers responsive steering as well as a quiet ride. 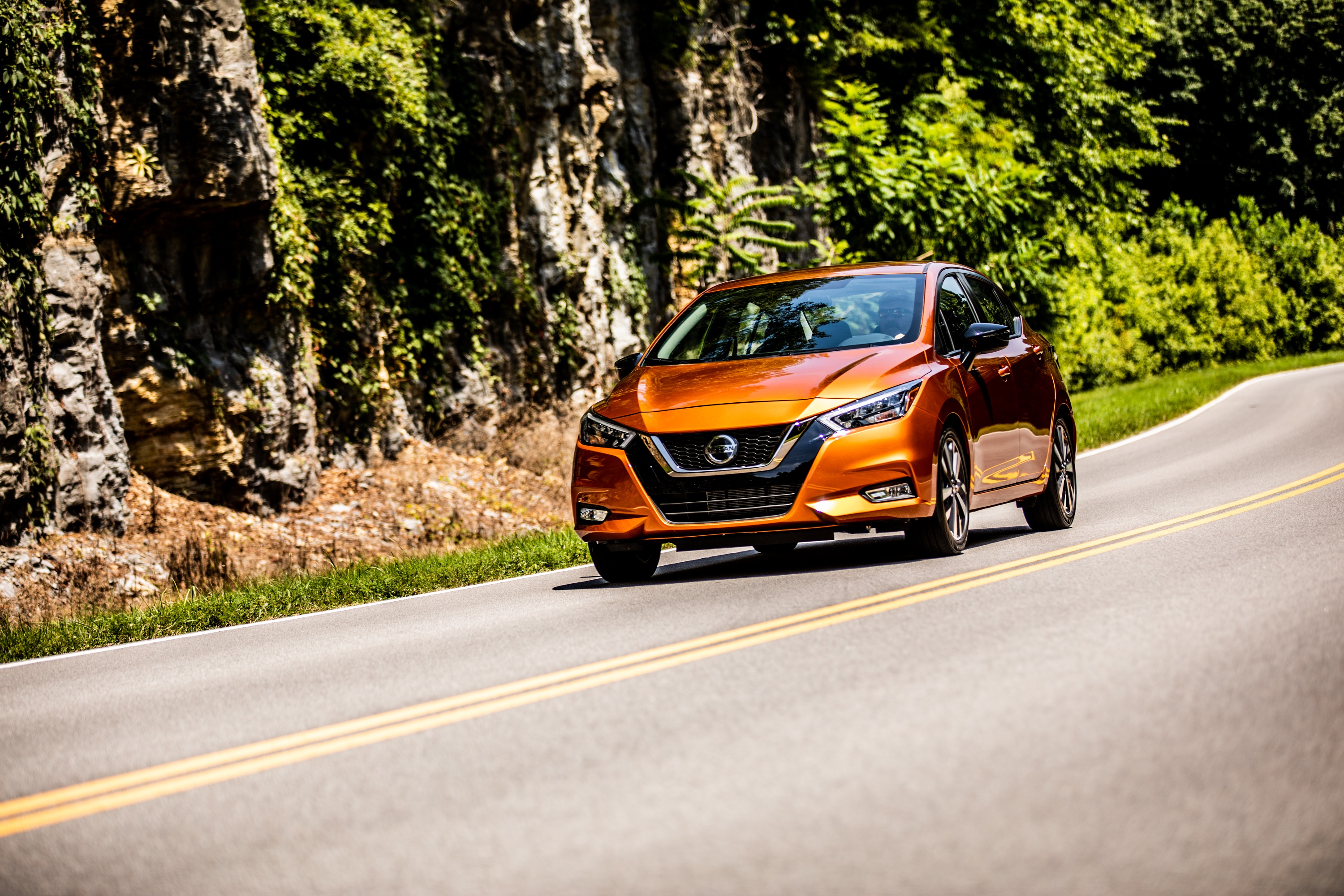 With other additional optional packages that include external ground lighting, interior ambient lighting, and a few odds and ends, the Versa SR costs $21,490. It's more than twice the vehicle's entry-level base price from yesteryear. But there's good reason: it's twice the car.