As automakers try to address the American public's waning desire for sedans, Subaru introduces the seventh-generation Legacy, a stylish four-door with remarkable bang for the buck. 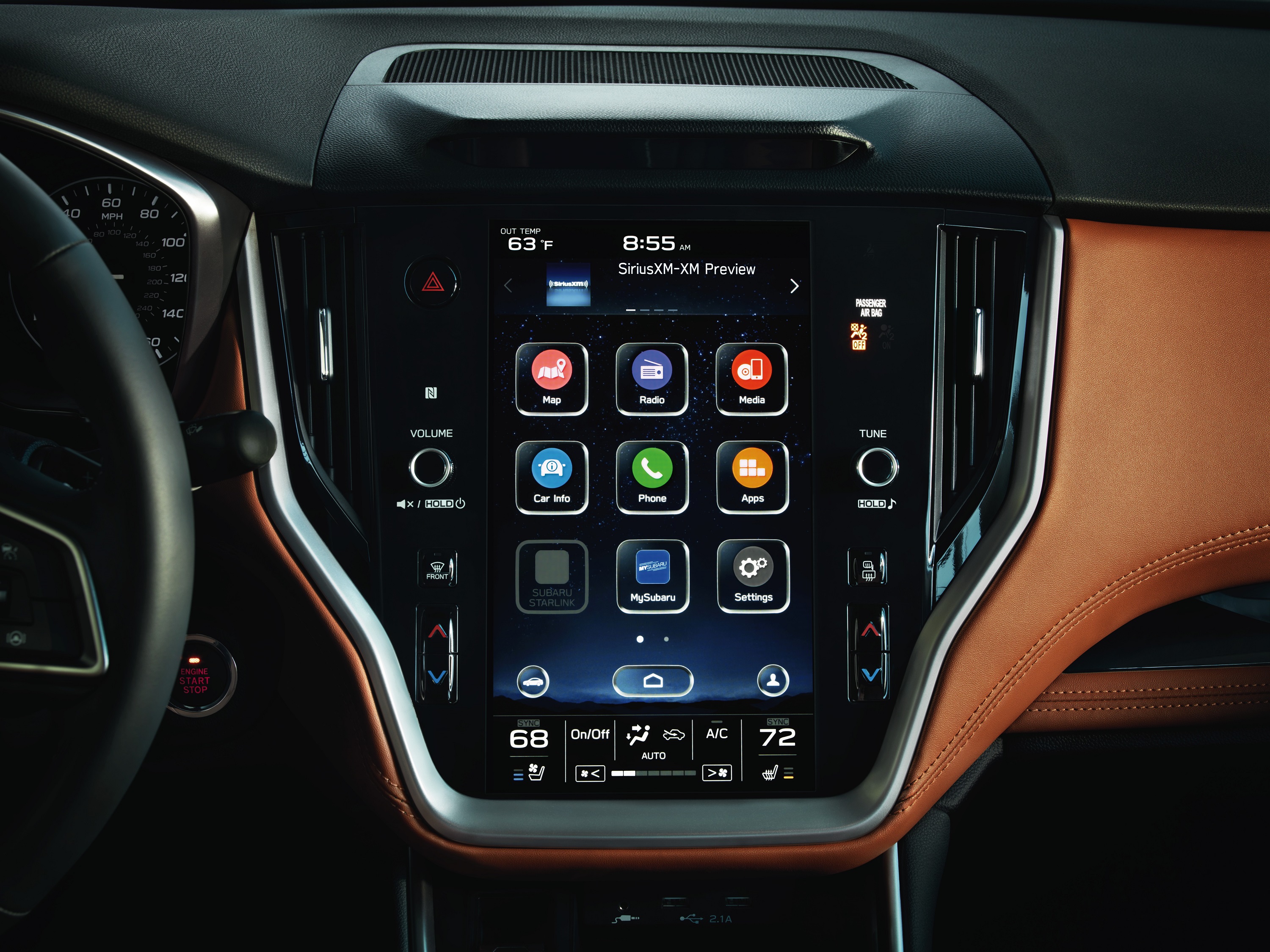 The Subaru Legacy gets an optional turbocharged Boxer engine for 2020, the first turbocharged offering in a Legacy since 2012. The new turbo develops 260 horsepower and sends 277 lb.-ft. of torque to all four wheels via Subaru's legendary symmetrical all-wheel-drive system. The standard engine is a 2.5-liter naturally aspirated Boxer that first debuted in the 2019 Forester. That engine gets high marks as well with 182 horsepower and 176 lb.-ft. of torque.

Both engines are mated to a CVT transmission, and nearly all Subaru vehicles have AWD. That's one of the reasons the Legacy -- and Subaru vehicles in general -- score so well on safety tests. The 2020 Legacy won a Top Safety Pick Plus from the Insurance Institute for Highway Safety, the highest score possible.

The turbo-four is standard on both XT models. My test car for the week was the Premium trim with the naturally aspirated engine. The regular engine isn't as powerful (translation: fun) as the turbo, but the fuel economy is significantly better.

Subaru is not one of the "major" automakers but has always built better cars than most. Subaru buyers are also among the most loyal in the industry: Once a Subaru buyer, always a Subaru buyer. The company's challenge as a smaller automaker is to get people to try their vehicles out.

If you took a test drive in the 2020 Legacy, you'd find a roomy, comfortable, and stylish sedan with outstanding safety scores. In addition to AWD, Subaru's Eyesight safety system was standard on my test car, and that's reason enough by itself to take the Legacy for a spin.

On the road, the Legacy rides well on its 17-inch wheels with confident handling thanks to standard AWD and a stiffer suspension. Body roll in hard corners was scant, and steering was precise and centered.

The cabin of the Legacy isn't world class, but rather tasteful, sensible, and durable. The highlight inside is the new 11.6-inch high-resolution screen that controls Subaru's Starlink infotainment and connectivity system. Heated front seats and mirrors were standard in my Premium trim test car, as was automatic climate control, LED headlights, a rearview camera, and adaptive cruise control.

For the first time in a Subaru, the screen can be split to show two categories of information. My favorite is to display the nav map along with audio information from the SiriusXM radio. Subaru engineers worked to find ways to reduce noise, vibration, and harshness levels by adding new weatherstripping and sound-insulated glass, and the improvement is noticeable. 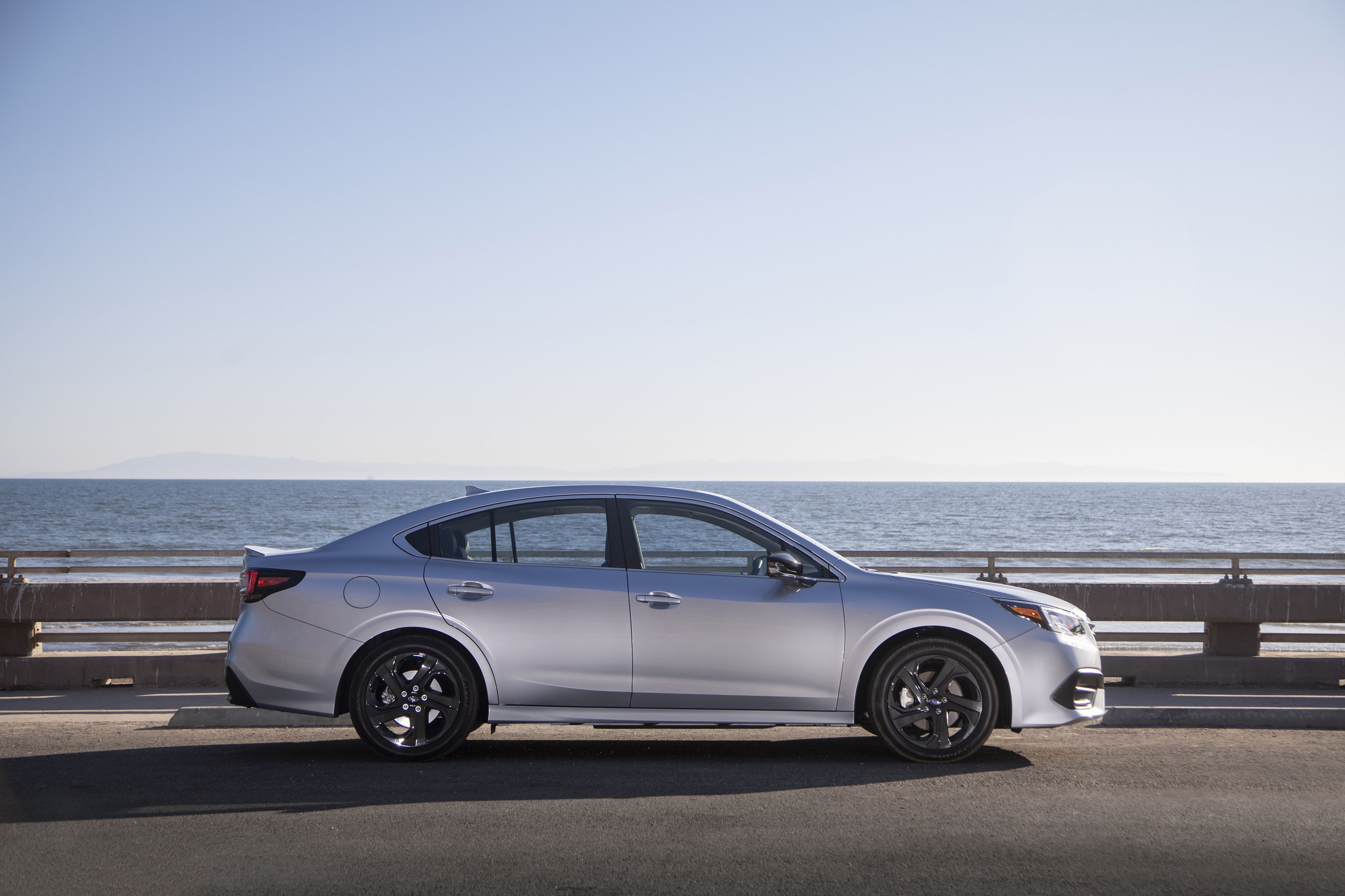 Engineers also managed to squeeze almost one additional cubic foot of passenger room into the 2020 Legacy (compared to the previous version). With 105.5 cubic feet of passenger volume and 15.1 cubic feet of trunk space, the Legacy is roomy inside. Headroom in the front row is 39.4 inches, and in row two it's 37.2 inches. Legroom in the back seat is 39.5 inches.

The new Legacy also gets a first-ever front-view monitor, standard on the Touring XT. The monitor captures images in the driver's blind spots in front of the car and displays a 180-degree view that is especially helpful when parking in tight spots.

Finally, even with AWD, the Legacy gets pretty good fuel economy. My Premium test car was EPA-rated at 27 mpg in the city, 35 mpg on the highway, and 30 mpg combined. The turbo-four is thirstier in town at 24 mpg, but manages 32 mpg with a steady throttle on road trips. Standard stop/start technology helps with those fuel economy numbers.