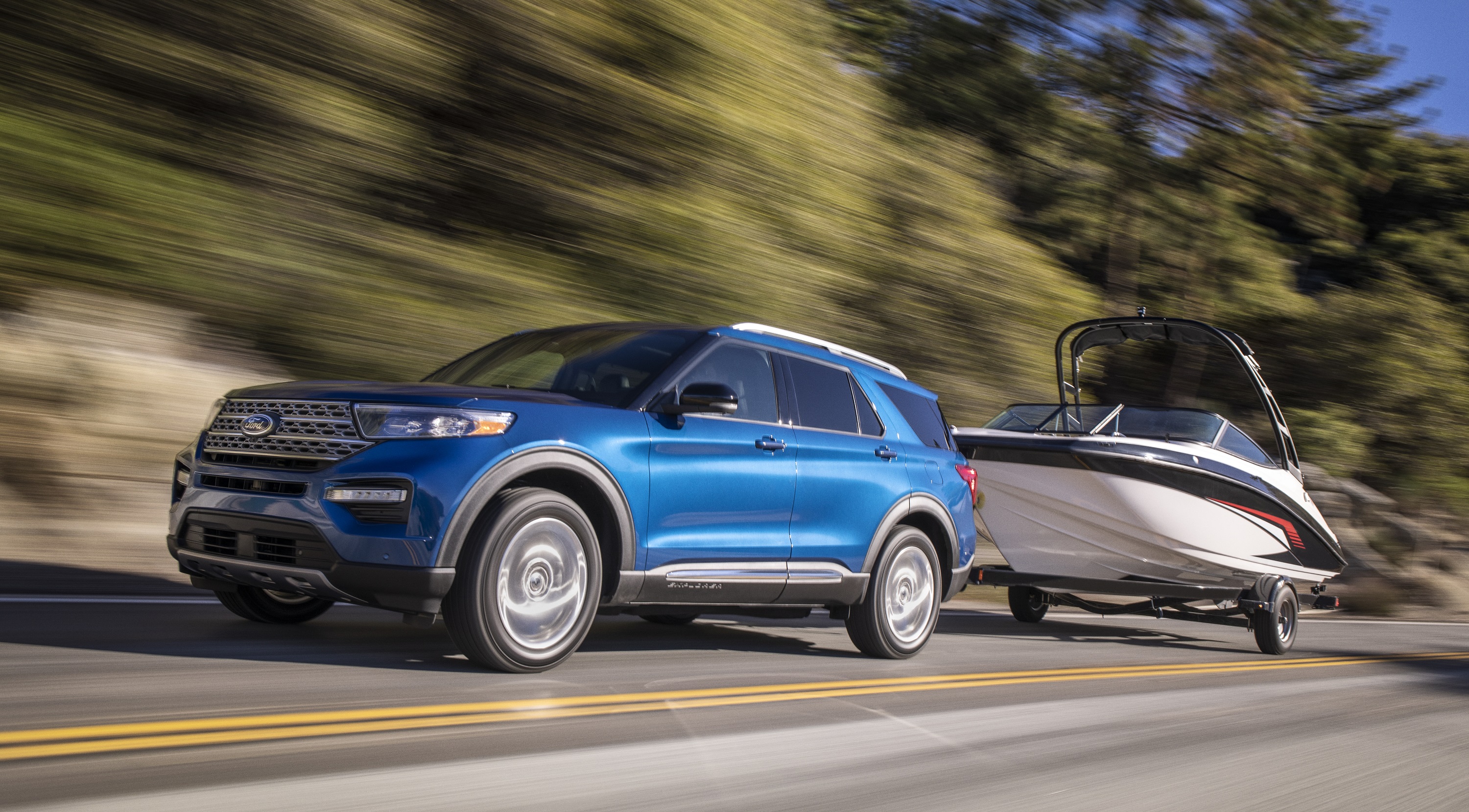 Ford's iconic Explorer was one of the first SUVs to come to market nearly 30 years ago, and since its debut, millions have been sold. A new Platinum Edition was added to the 2020-model-year lineup in celebration of the Explorer's 25th Anniversary. Always adventure ready, Ford is also adding a Hybrid model to increase efficiency.

The Ford Explorer is still a four-door, five-passenger SUV, but adds a committed hybrid model powered by a gasoline-electric combination powertrain for 2020. The Explorer hybrid generates 318 horsepower and 322 lb.-ft. of torque with the mild manners of a 3.3-liter V-6 naturally aspirated engine with gasoline direct injection joined by an electric motor shifted by a 10-speed automatic transmission. Rear-wheel drive is the standard drive configuration with all-wheel drive available as an option.

A liquid-cooled lithium-ion battery pack is positioned beneath the second-row seat, and Ford ensures that the pack has no effect on the Explorer's passenger or cargo space, providing the same cubic feet of available cargo space as its non-hybrid Explorer.

EPA data reports 27 miles per gallon city and 29 mpg highway. The rear-wheel-drive Explorer hybrid's fuel economy is sufficient to cover more than 500 miles, depending upon terrain and driving style.

My test 2020 Ford Explorer Hybrid, which comes exclusively with all the features of the upper-level Limited trim, was finished outside in Atlas Blue metallic and inside in Ebony tones. It came in the rear-wheel-drive configuration with a console-mounted rotary knob gear selector. Base price was set at $52,280 with the as-tested price coming to $55,665 after adding the destination and handling charge. The Ford Explorer hybrid is loaded with driver assist technology, connectivity, and infotainment features.

In terms of performance, the new Explorer hybrid's 3.3-liter V-6 engine delivers power on par with many V-8s, and the 10-speed automatic transmission is velvety smooth.

This latest Explorer hybrid is definitely a wise choice for those seeking adventure with the added efficiency provided by the electric motor. It is quieter in normal driving scenarios with no excessive vibration, and throttle response feels totally normal, as does the braking.

The Explorer hybrid claims a 5,000-pound towing capacity and it makes more torque at lower revs than the base Explorer's 2.3-liter four-cylinder engine.

Interior design includes a high-mounted, wrapped, and stitched door armrest; genuine buttons that replace touch-sense buttons on the infotainment system; and refined detailing and high-quality materials throughout. A brushed-aluminum Ford oval is centered on the steering wheel. The instrument cluster features a large 10-inch digital display supported with analog displays -- also a first for a Ford-brand vehicle. Goodies include such bonus features as leather seating surfaces, heated rear seats, power front seats, and a premium audio system, as well as a convenient wireless charging pad. 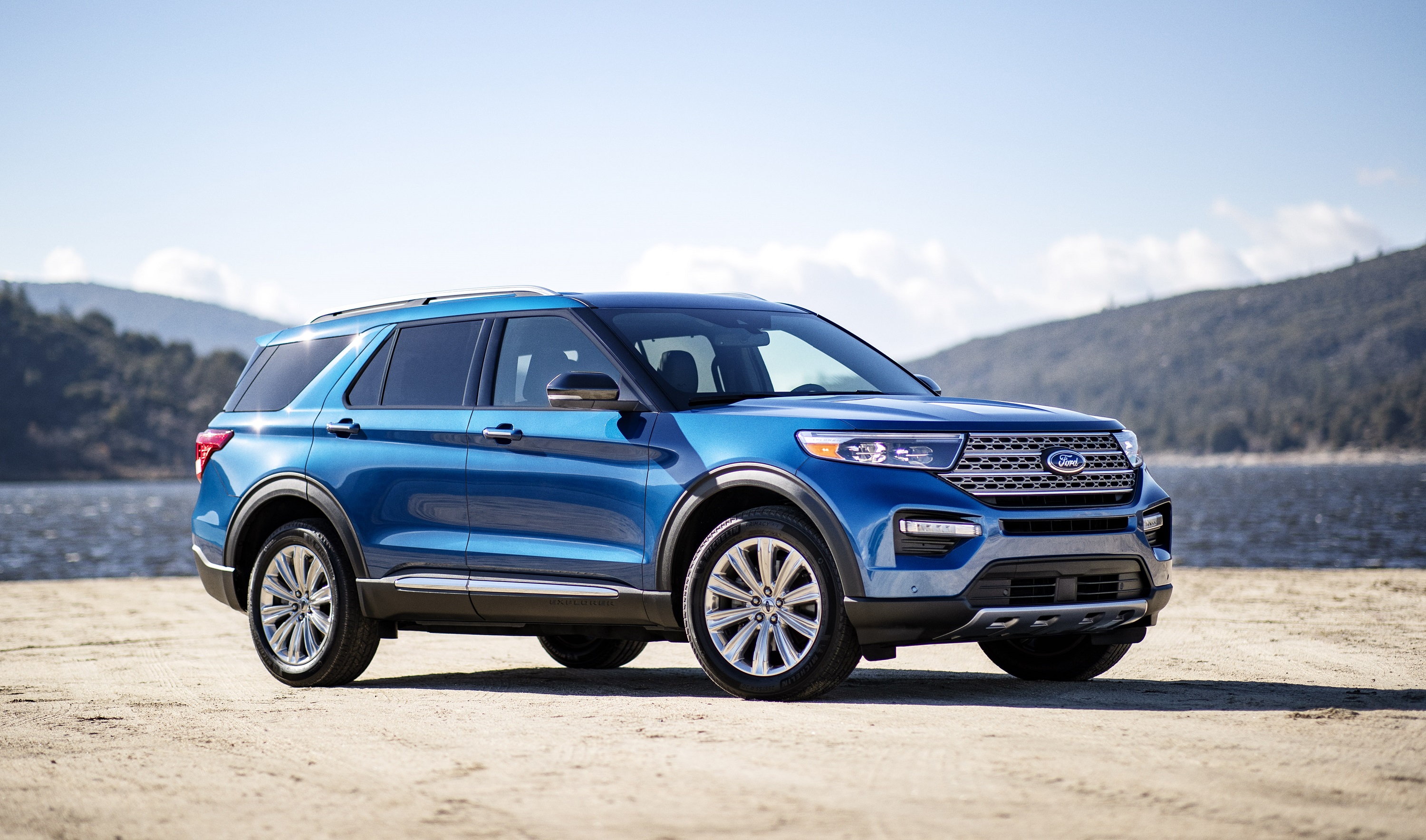 Visually, the new 2020 Ford Explorer Hybrid displays a rugged persona with a sophisticated air about it. Exterior styling cues include the grille and LED headlamps in an elevated position, a closed-off roof rack with channels that direct water off the vehicle, and an upper roof rear spoiler lip that enhances aerodynamics.

Other features include a dual-panel moonroof, premium silver-painted front and rear skid plates, and 20-inch, hand-polished five-"V"-spoke alloy wheels. Engineers designed the integrated exhaust to reduce the appearance of soot collecting at the rear of the vehicle by creating a shield inside the chrome bezel of the exhaust to prevent soot from collecting around the outlets.