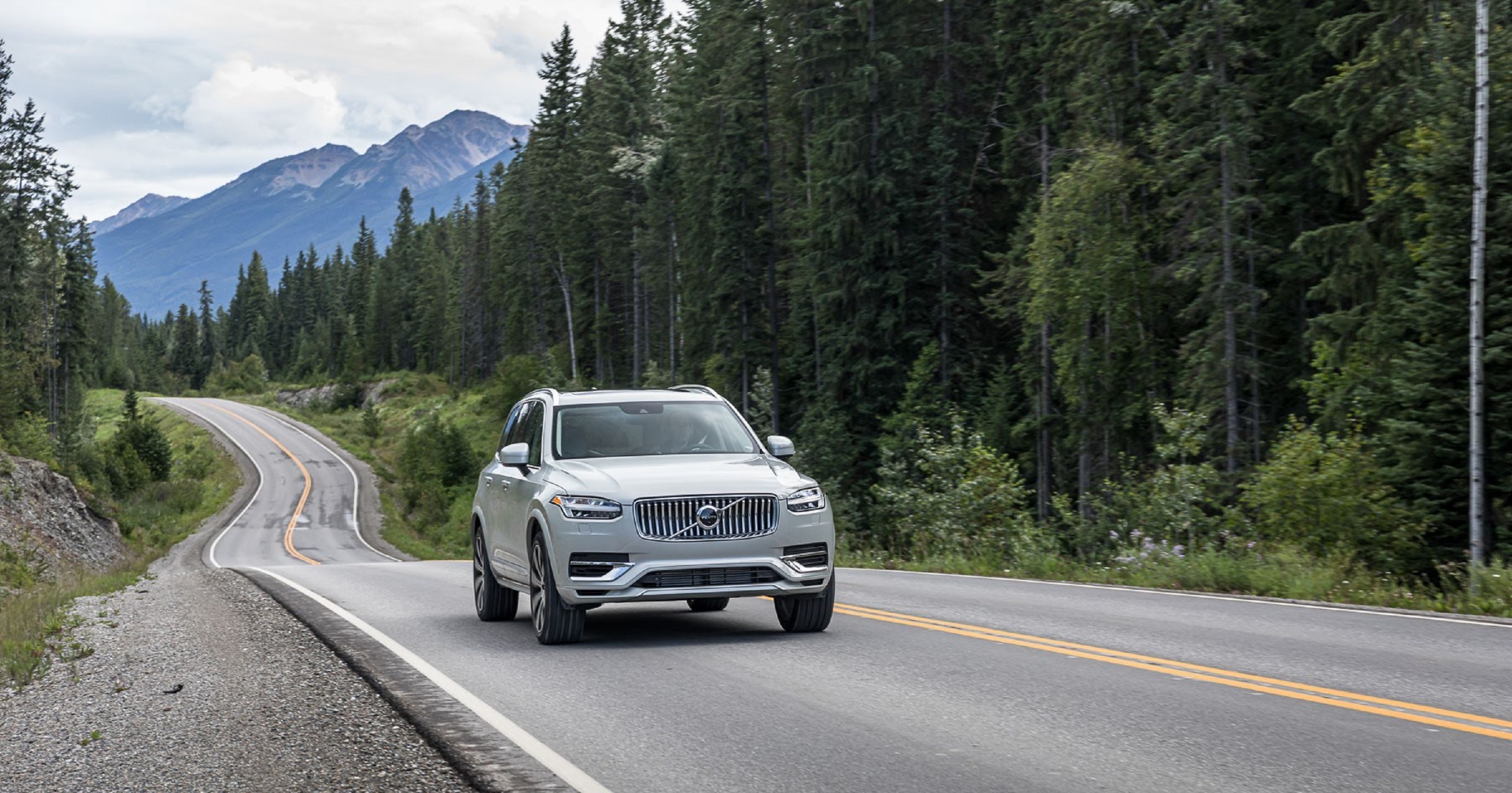 The Swedish carmaker, particularly with its 2020 XC90 flagship three-row SUV, epitomizes the Latin definition of its name: "I roll." Volvo vehicles roll with a unique allure of sturdiness, modern design, technology, comfort, safety, and practicality.

For 2020, the Volvo XC90 is refreshed with new front and rear grilles and T-shaped LED running lights. Optional six-passenger seating, instead of seven, with second-row captain's chairs, is also available.

Powered by a 2.0-liter turbocharged and supercharged engine, the XC90 offers a combined 400 horsepower (313 direct-injected horsepower with an 87-horsepower electric motor). The T8 E-AWD Inscription trim (the review vehicle) is a plug-in hybrid with 18 miles of electric-only range.

The electric motor helps the XC90 accelerate from 0-to-60 mph in 5.9 seconds. The 9.2-kWh battery pack takes 2.5 hours to fully charge with a 240-volt outlet or seven hours with 110 volts. The plug-in hybrid is eligible for more than $4,500 in federal tax credits. 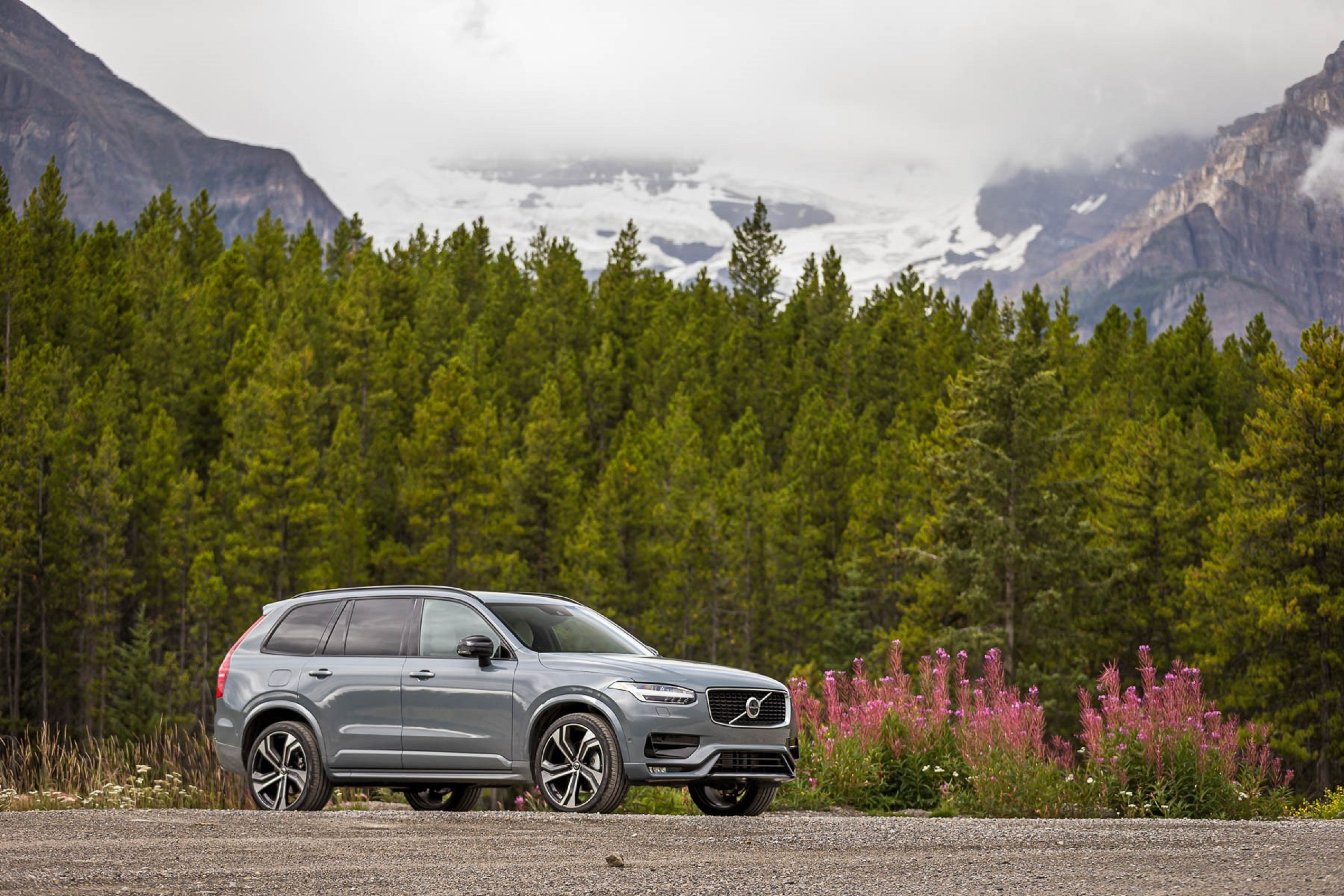 Despite recent ownership by Ford and its current Chinese owner Geely Automotive, Volvo remains manufactured in Gothenburg, Sweden, and primarily with Swedish resources. The Scandinavian design features stand out via clean lines inside and outside. Color schemes are handsome.

The XC90 was a Top Safety Pick by the Insurance Institute for Highway Safety (IIHS) in 2019 and earned a five-star rating from the National Highway Traffic Safety Administration (NHTSA).

Euro-forward technology is centered on the vertically oriented infotainment touchscreen. It controls the majority of the XC90's systems and settings in a 12.3-inch driver-facing screen. Touchscreen controls aren't for everyone and the learning curve can be annoying. 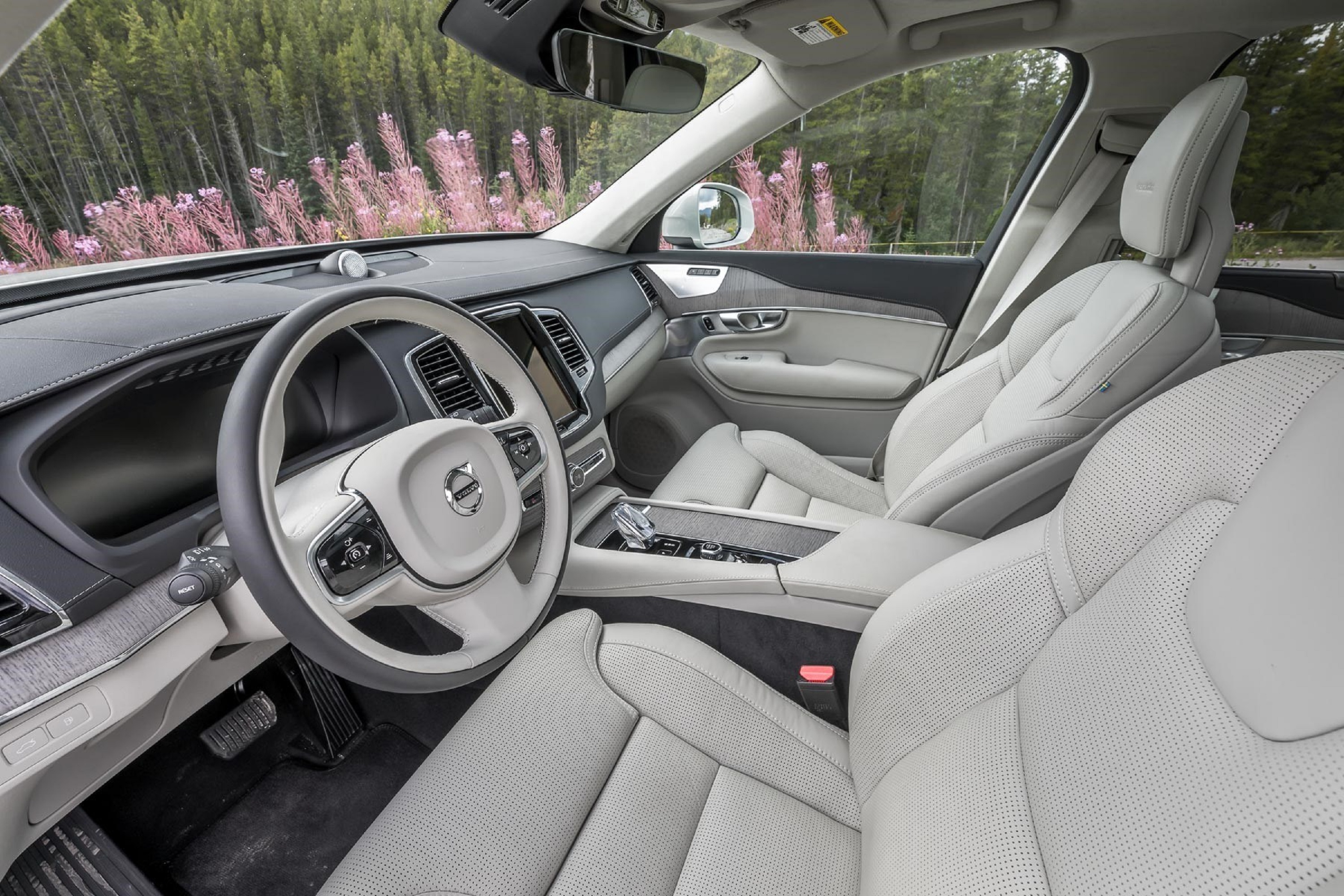 With all three rows in position, the SUV has 15.4 cubic feet of stowage behind the third row. With the third row down, the XC90 provides up to 41.8 cubic feet of cargo space. The T8 has a standard hands-free tailgate. Optional remote controlled air springs lower the rear of the car for easy loading.

Volvo is renowned for offering a stable, firm ride. With its optional air suspension, and Eco, Comfort, Off-Road, and Dynamic drive modes, the XC90 complies. Drive modes change via a toggle on the console and the touchscreen interface.

The XC90 boasts as many standard features as its competitors, from the Cadillac Escalade to the Nissan Armada and the Chevrolet Suburban to the Lexus GX 460. But the Volvo's options raise it into a luxury SUV fraternity of one. The MSRP is $67,500, but the full array of packages adds nearly $20,000.

The Bowers and Wilkins sound system, for instance, has 1,400 watts and 19 speakers, and costs $3,200. It's splurge-worthy for audiophiles who like their music loud and clear while driving in a well-appointed luxury Swedish apartment on wheels.