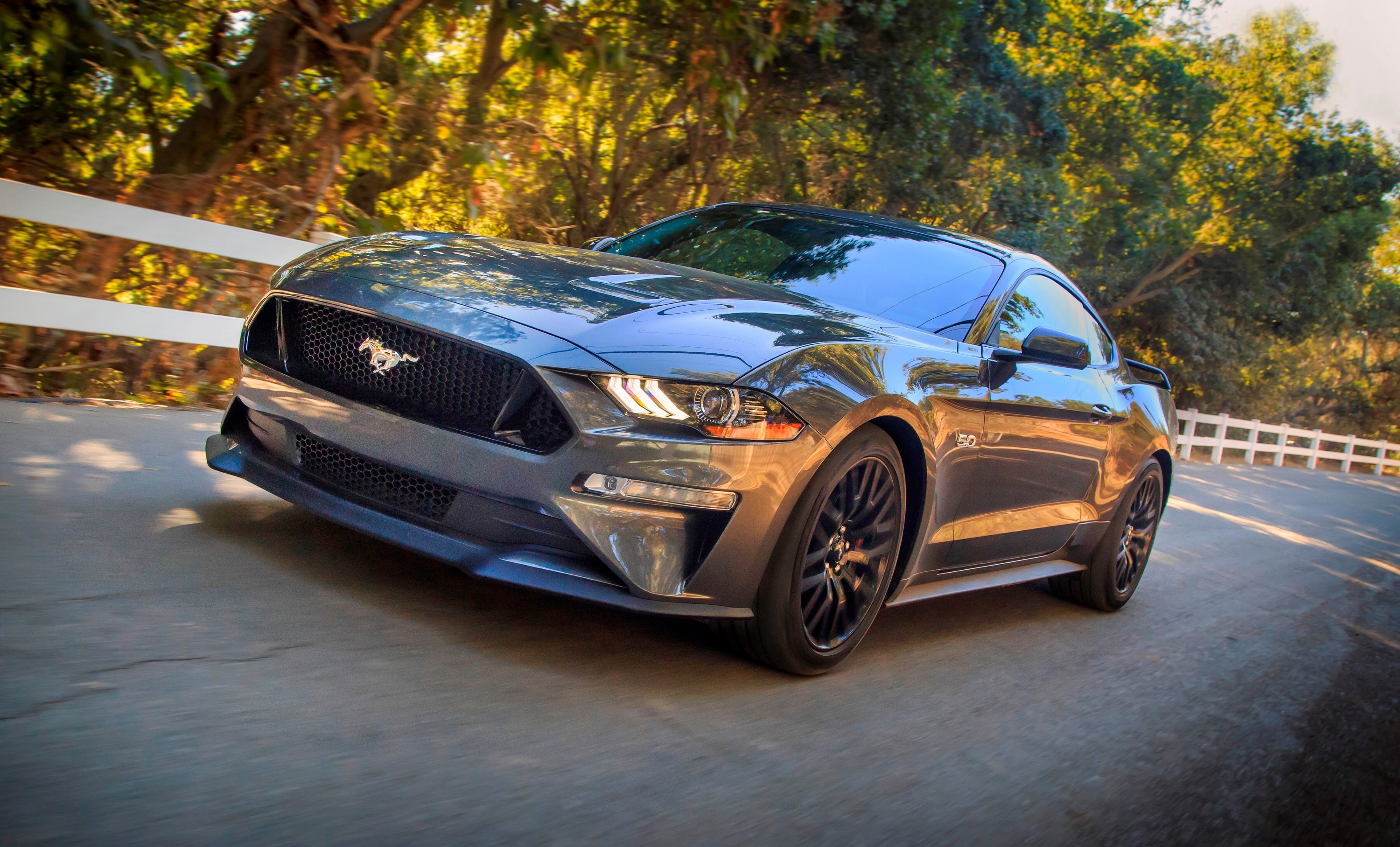 Manufacturer photo: New to this lineup is the Mustang High Performance Package for the EcoBoost-equipped model

A V-6 engine is no longer offered, but has been replaced by a transverse-front-mounted 2.3-liter EcoBoost four-cylinder twin-scroll turbocharged engine with direct injection that delivers 330 horsepower at 6,000 rpm, while developing 350 lb.-ft. of torque at 3,000 rpm.

The potent four-banger gears its motive force through a 10-speed automatic transmission (with adjustable modes: Normal, Sport+, Track, Drag Strip, and Snow/Wet) with paddle shifters, to the rear wheels. The 2.3L Performance Package comes with a $4,995 price tag, while the ten-speed auto gearbox runs an extra $1,595. 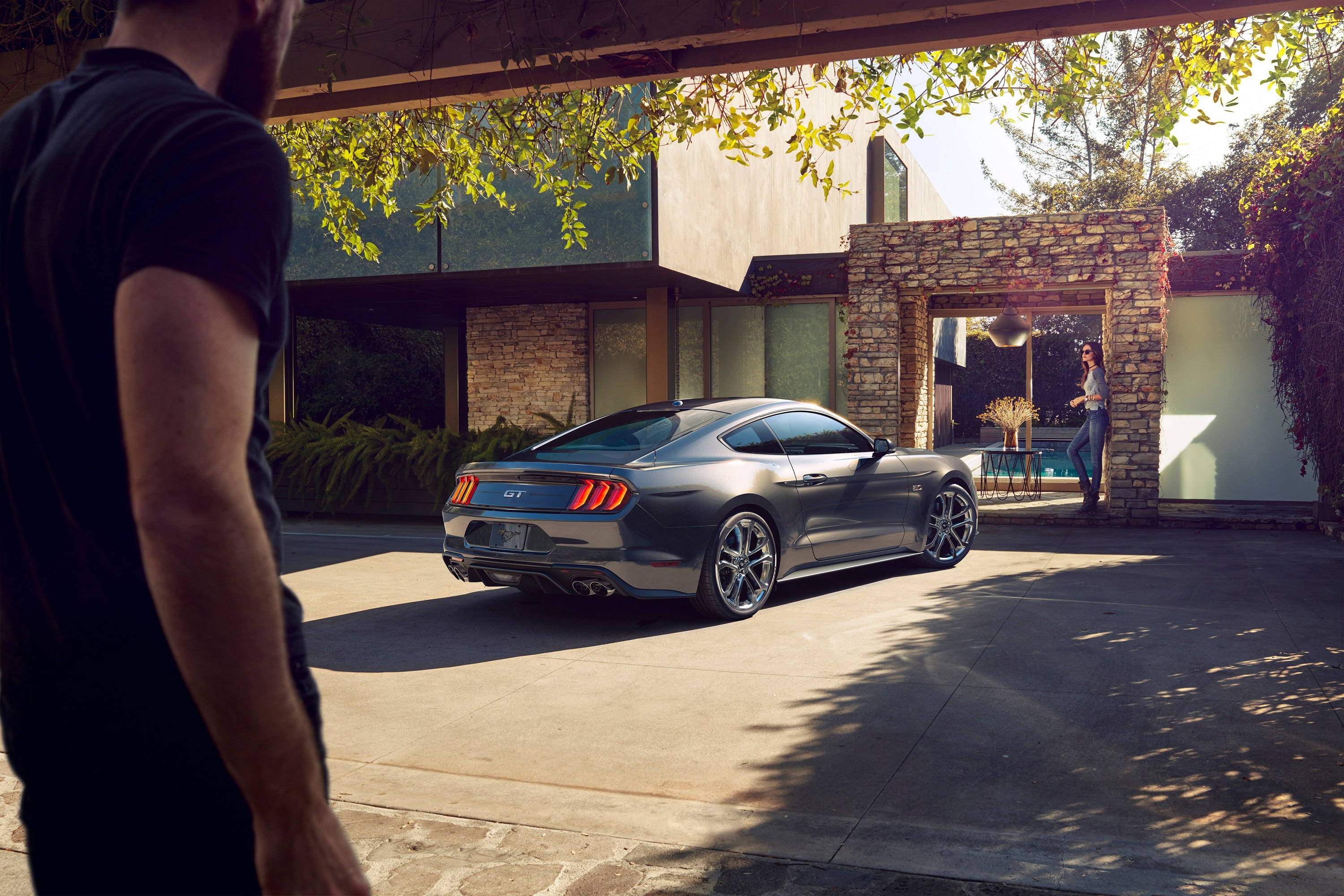 Ford's MyMode allows customers to save drive settings with the 12-inch cluster. Pre-collision assist with pedestrian detection, distance alert, lane-departure warning, lane-keeping assist and Driver Alert System are available driver-assist technologies. SYNC Connect with FordPass is available, and an improved ride on all trim levels is provided by MagneRide dampers that come with the Performance Package.

My test 2020 Ford Mustang was the 2.3-liter EcoBoost four-banger-powered fastback coupe in Premium trim. The exterior wore an Iconic Silver metallic finish with metallic grey applique trim accents, while the interior was executed in Ebony leather. The base price was set at $31,850, with the as-tested price totaling $39,370 after factoring in the optional fare, which included the 10-speed SelectShift automatic transmission, the EcoBoost Performance Package, and destination and delivery charge. The list of standard features and equipment is impressive, but too lengthy to include here.

The 2020 Ford Mustang EcoBoost Premium Coupe test vehicle rose above expectations, while serving up a high level performance with an aerodynamic, clean-sheet design along with innovative, state-of-the-art technology.

The EcoBoost 'Stang looks, drives, and sounds like it should, with an authoritative rumble that is pleasing; the four-cylinder does everything else well, but not really up to the V-8 pleasure level. Acceleration is more than adequate with the 2.3-liter motor, but in terms of handling, the four-banger comes across as more civilized with a lighter and more agile feeling due to its lighter nose weight. Steering delivers a positive feedback and responds quickly to driver input. The ride quality is vastly improved with the tuned suspension setup. The Performance Pack ups the ante to a higher degree than stock in both ride and handling attributes.

The Selectable Drive Mode feature tunes in changes in steering effort and engine response, as well as transmission and electronic stability control settings to suit the driving scenario at any given time utilizing a console mounted toggle switch.

Shifting is responsive and smooth, and automatic paddle shifter response is both rapid and seamless. Connectivity and safety elements and enhancements showcase the latest industry advancements, further increasing the new Mustang's value.

Lounging comfortably in the back seat of the coupe on a long trip is out of the question for tall individuals due to its cramped nature.

Bottom line, the 2020 Ford Mustang EcoBoost Premium fastback coupe represents superiority over that first Mustang in every way. It's safe to say that I've now come closer to being converted to becoming a Mustang fan. 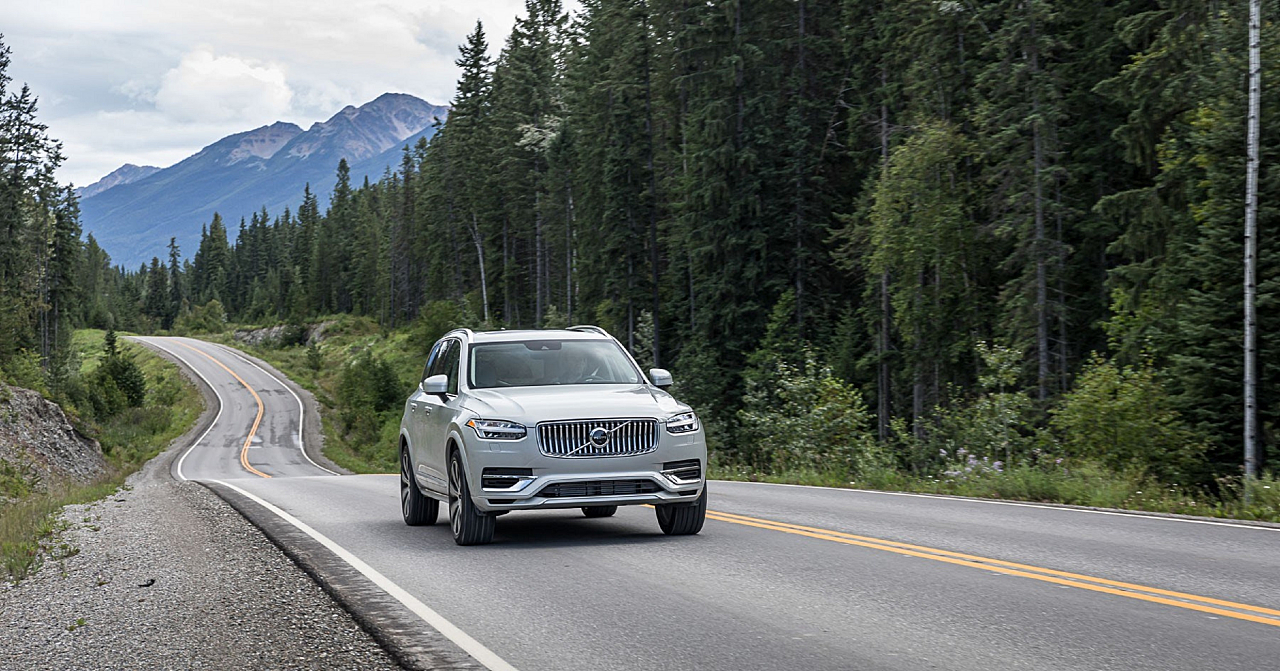