The 2019 ZR1 is a supercar that advances Corvette's performance legacy with the highest power, greatest track performance and most advanced technology in its production history. It is offered in 1ZR and 3ZR trims in coupe and convertible body styles.

The ZR1's aggressive appearance is driven by function, with a unique front fascia designed to channel air for propulsion-system and drivetrain cooling, including four new radiators bringing the heat-exchanger total to 13.

A special carbon-fiber "halo" hood is open in the middle to clear the LT5 engine's supercharger/intercooler assembly. Additional features, including aero packages with stanchionmounted wings, help push the ZR1 harder onto the track for more confident handling and faster lap times.

Two aero packages are offered: A standard rear Low Wing, which delivers the highest top speed and an available two-way-adjustable High Wing that offers maximum downforce on the track for the quickest lap times.

Both of the ZR1's wings are tied into the chassis, like the Corvette Racing C7.R racecar, for strength and stability. 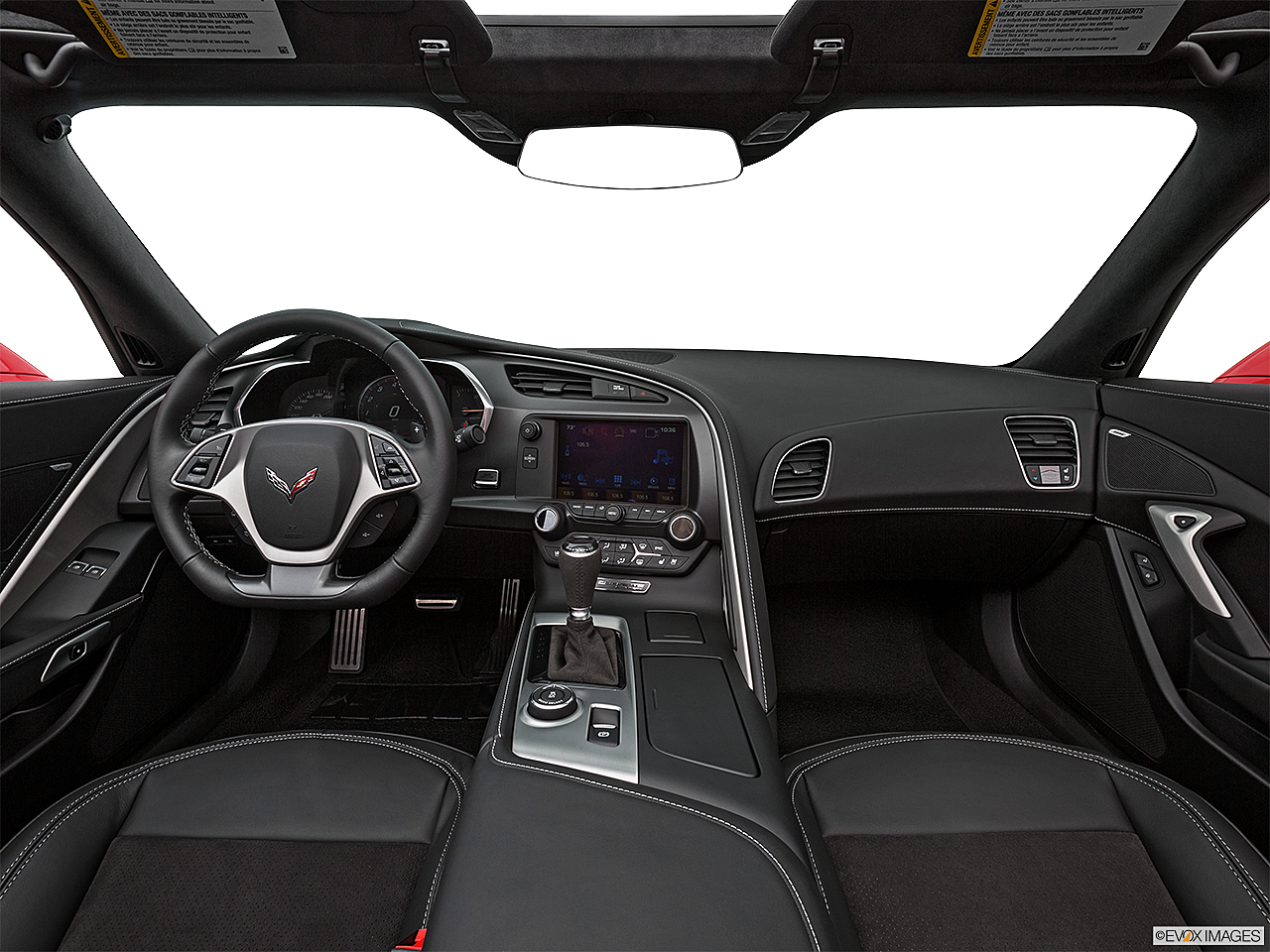